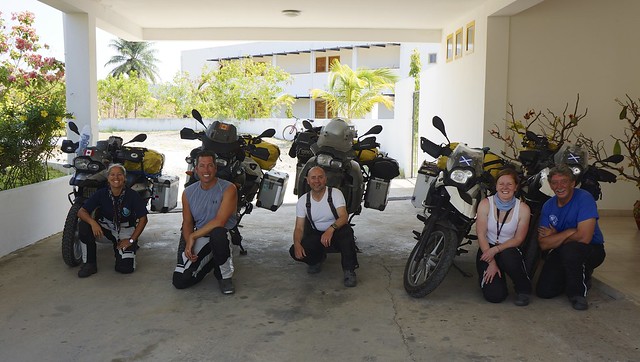 We were a bit sad to leave the cooler and colorful Boquete, but south it is for us and north for Christophe. 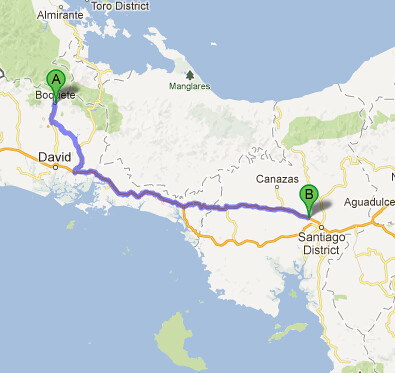 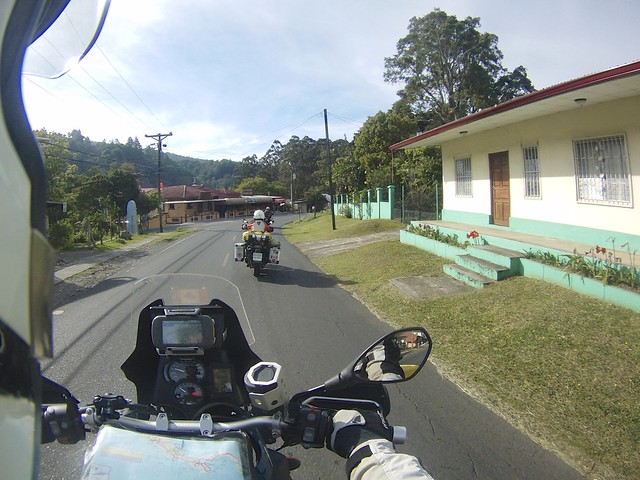 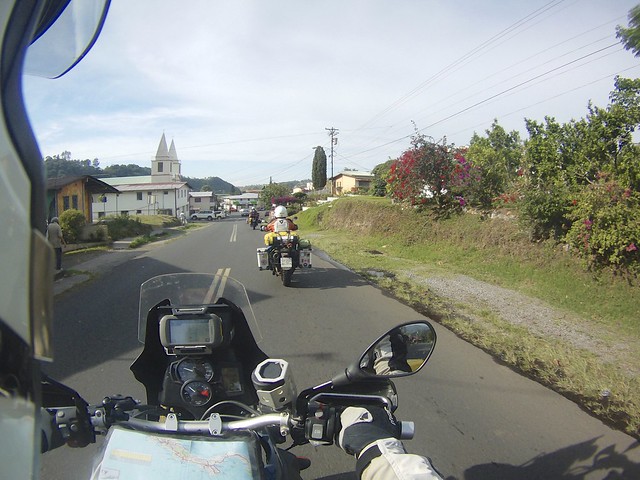 We had heard from many riders that they had received speeding tickets in Panama. Christophe calculated and average of 4.5 km between moto cops with a radar gun between the border and Panama City. We found this to be true and driving the speed limit we say many cars pulled over on the way. We ran into a huge line of traffic. We passed one biker, then 3, and then found the pack at the front blocking the Pan-American. 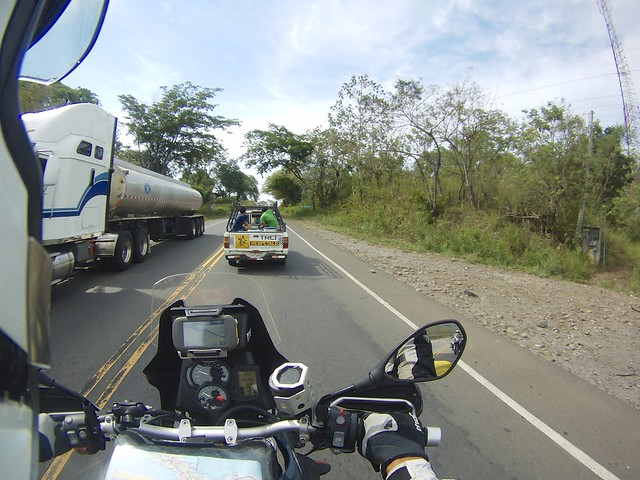 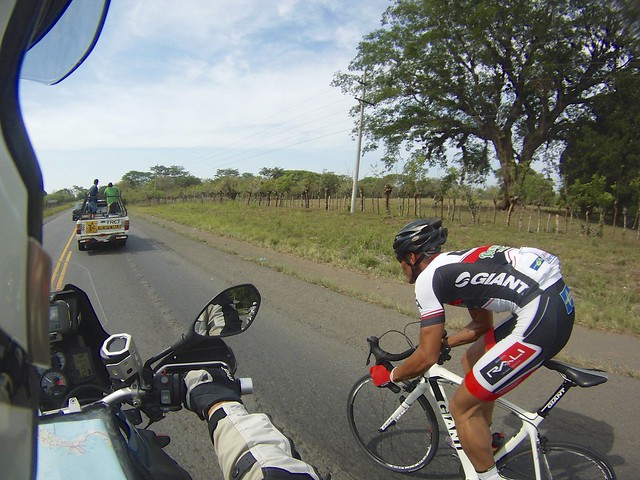 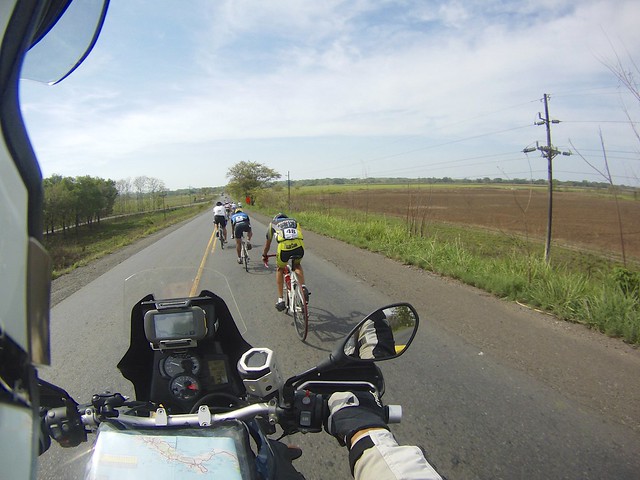 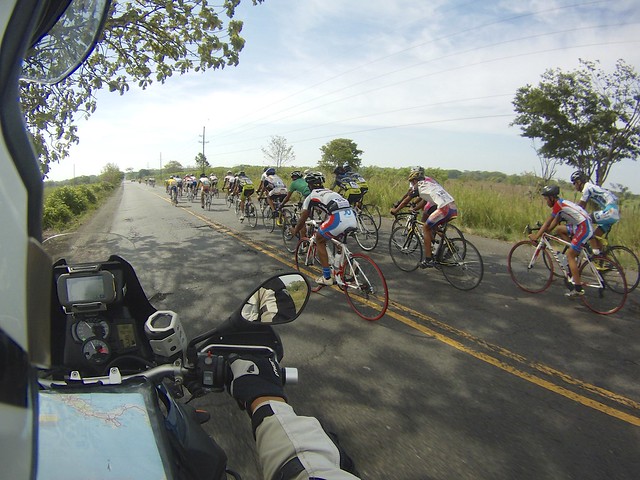 We did have to stop at the customs checkpoint where one official wanted our passports and the other our temporary import permits. 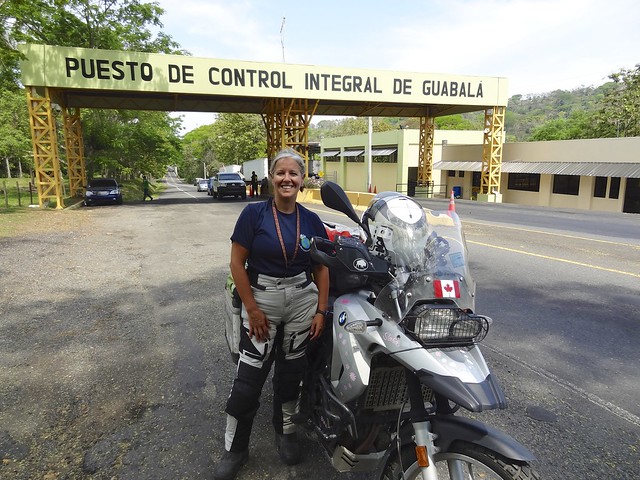 Daniel and I have been following Gino and Fiona as they headed from BA to Ushuaia and north. They just arrived in Panama and we all planned to meet near Santiago as our paths crossed. We headed west again to David and then south to Vista Lago Ecoresort 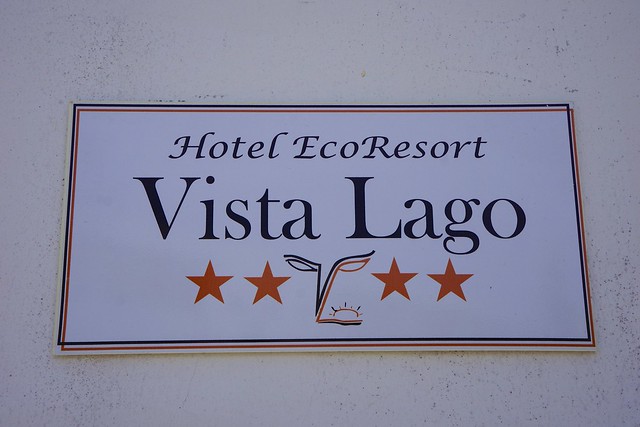 When we arrived there we had to check out the 3 cool bikes out front. Gianni from Switzerland and Gino and Fiona from Scotland. 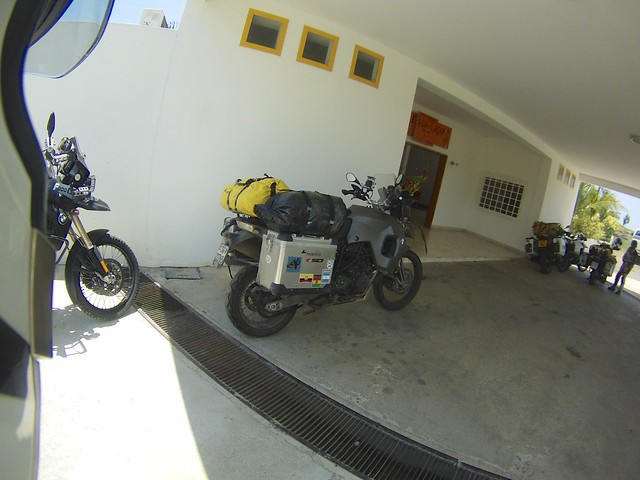 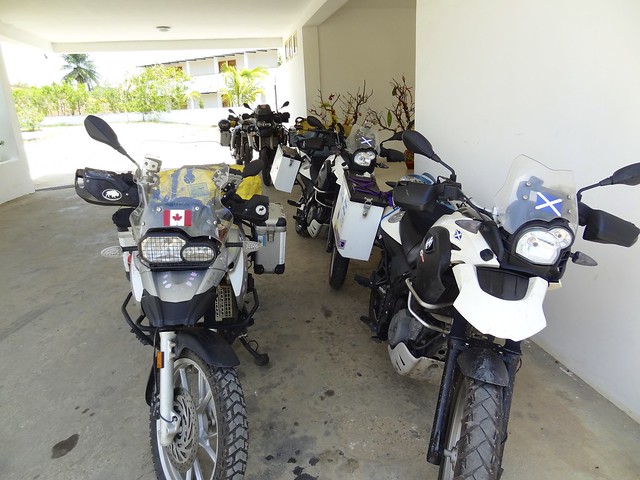 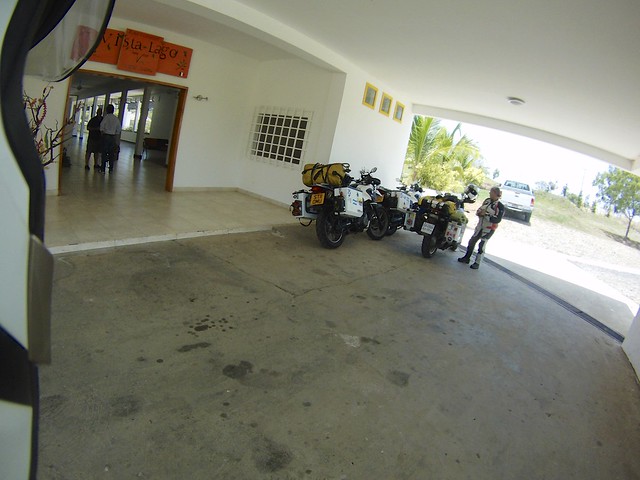 Our room looked out onto this man made lake. 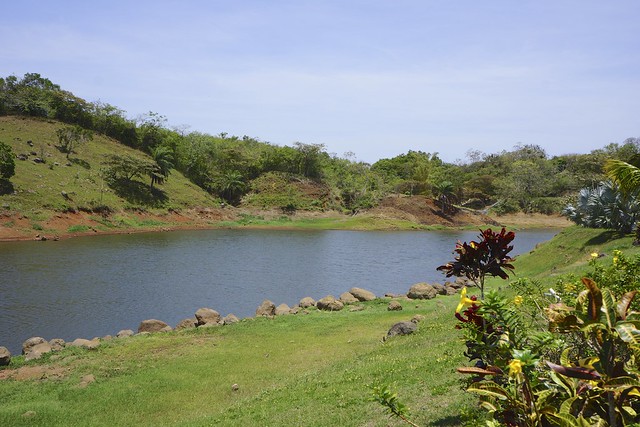 We hung out at the pool and made friends with the local fauna. He loves fries. The gang hanging out drinking beers and swapping stories. You will note Fiona’s clothes are soaked as she had just been in the pool saving a man trying to drown. 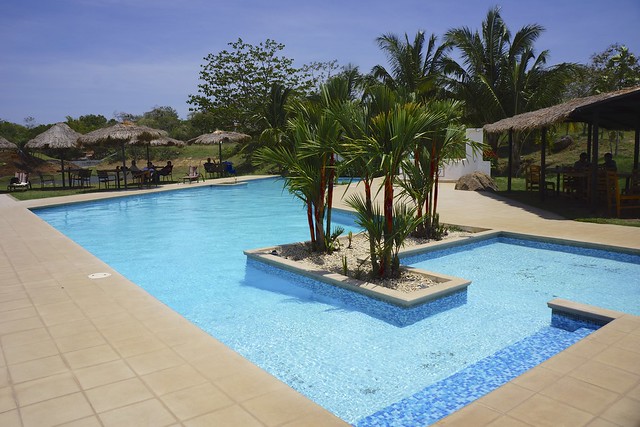 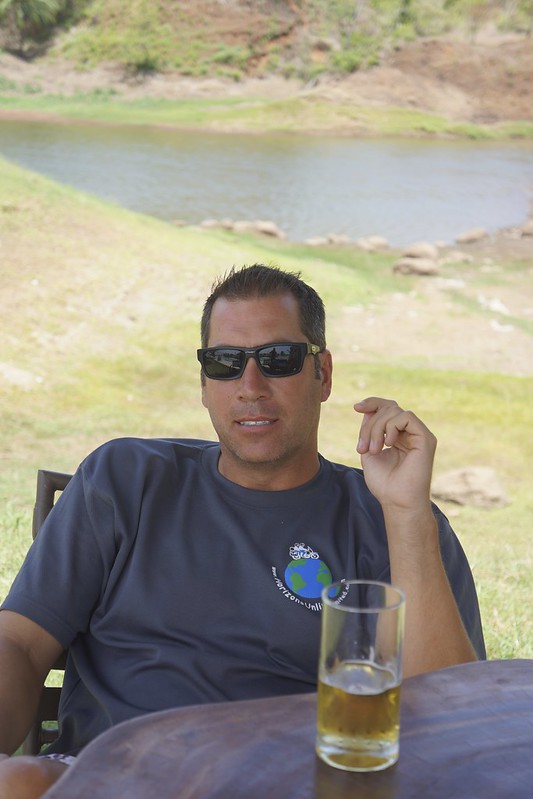 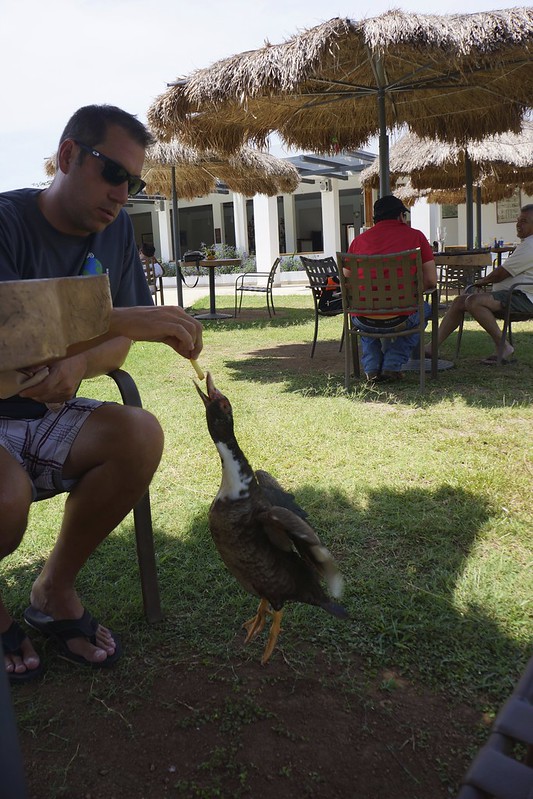 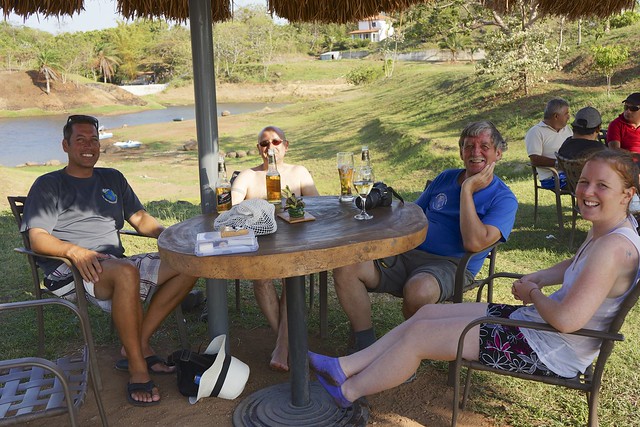 At dinner we got serious and took out our maps. Now for the goodbye. We are headed south to Pedasi and they are headed north to Boquete and then Costa Rica and beyond. 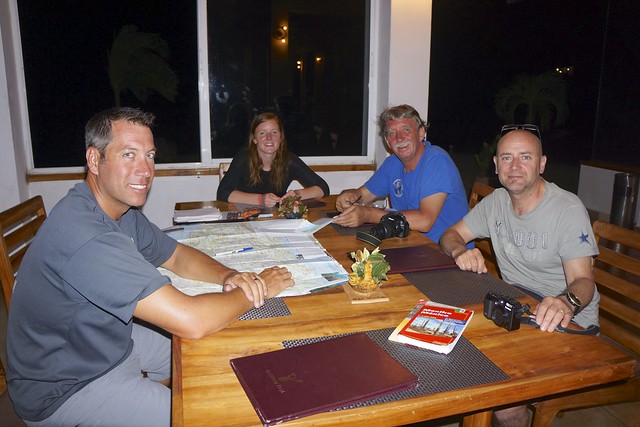 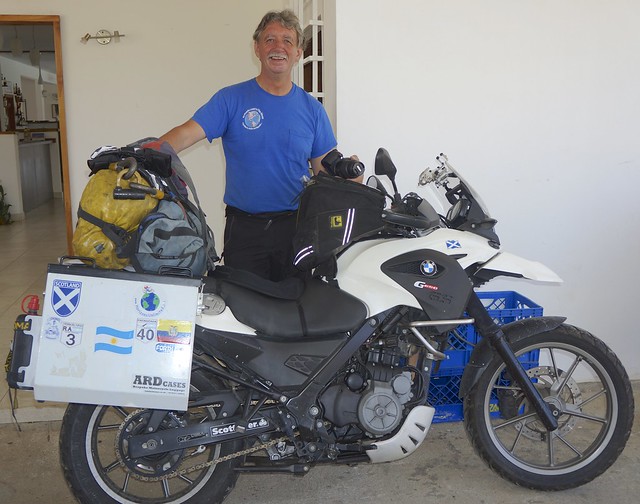 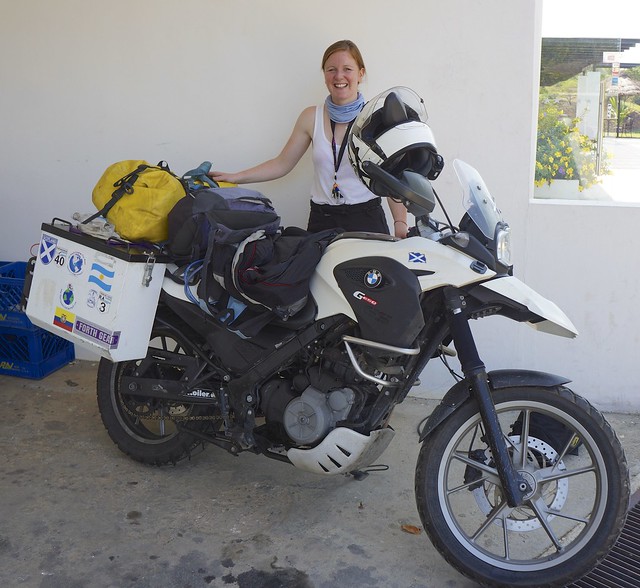 This entry was posted in Panama. Bookmark the permalink.