If you’ve never been to Coeur d’Alene in August you should. This place is stunning. We had a work conference to attend, but this did have the perk of a very nice hotel room and time to spend with old friends. Silverwood’s Amusement park in Athol (don’t say that too fast) is a great way to spend a hot summer day. 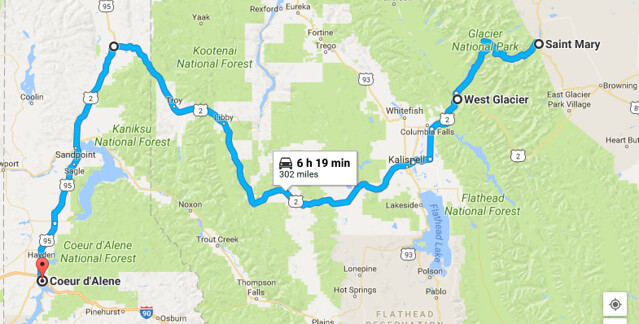 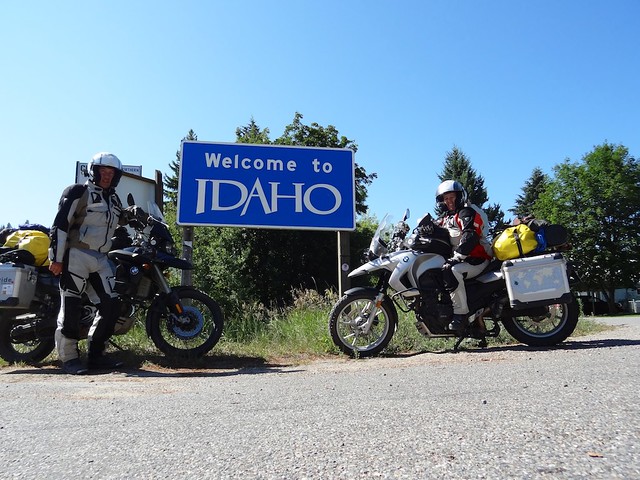 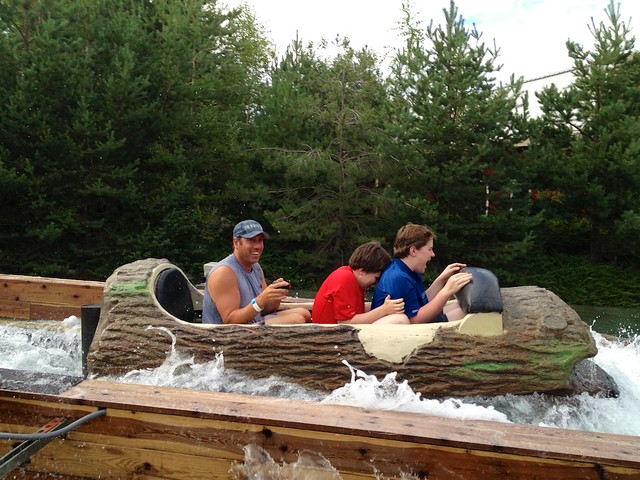 Needing to have our new sprockets and chains mounted we can’t say enough about the service we had from the Honda dealership in Coeur d’Alene. Thanks Randy (ex BMW master) for your help! 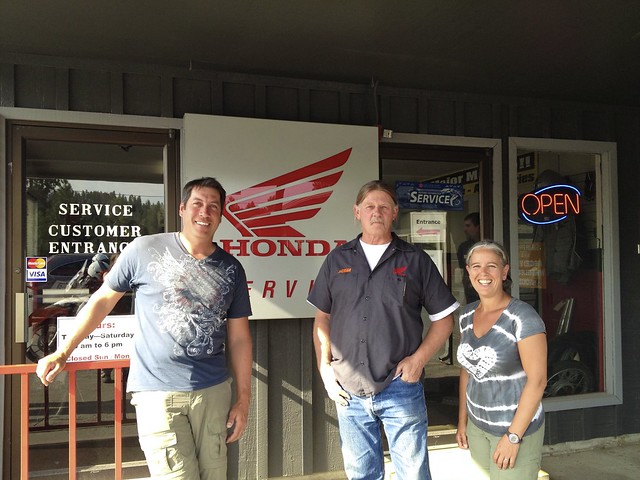 It was enough of luxuries and was now time for some back roads and gravel on our way to Moscow! The winding highway 12 follows the raging rivers and takes you thru Lewiston then east to Kamiah. The Old Spiral Highway outside of Lewiston is like driving down a corkscrew. We then followed the river south thru Grangeville to the rafting Mecca of Riggins. Our cooling gel neck wraps and a swim in the river to beat the 36-degree heat were a must. 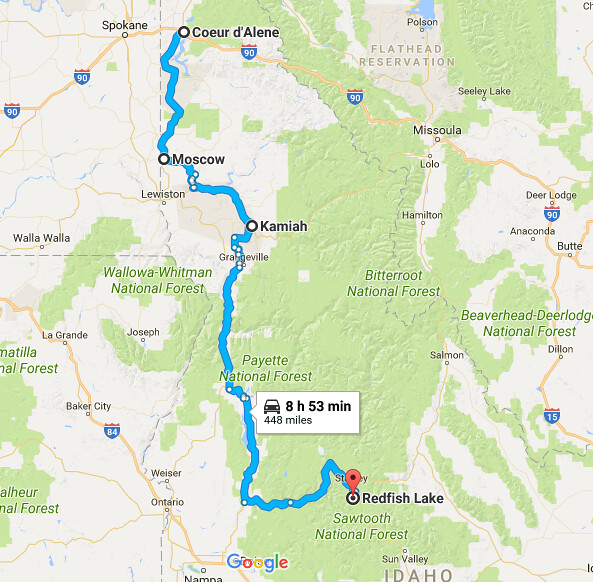 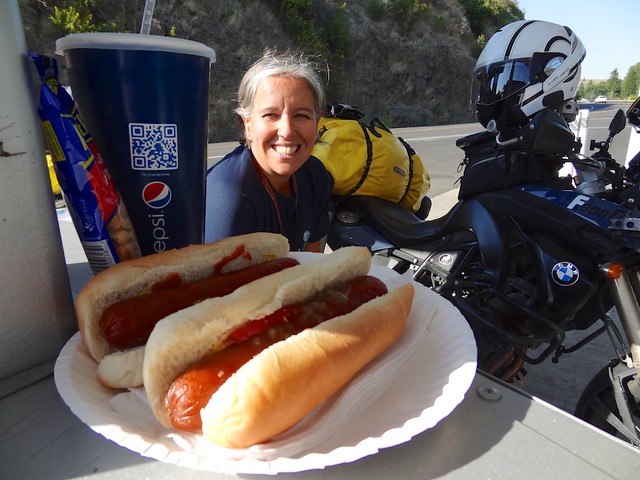 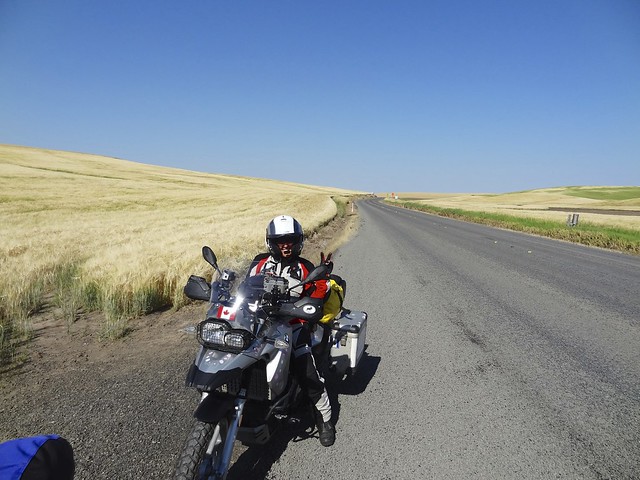 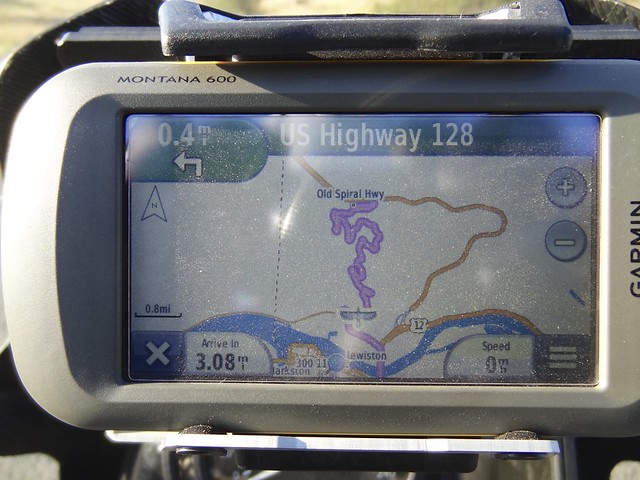 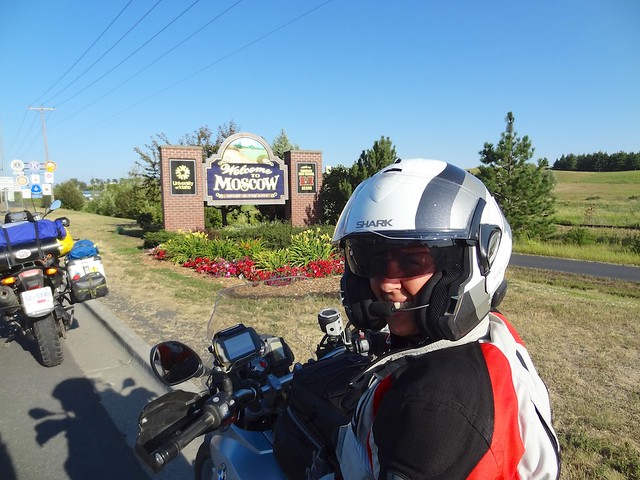 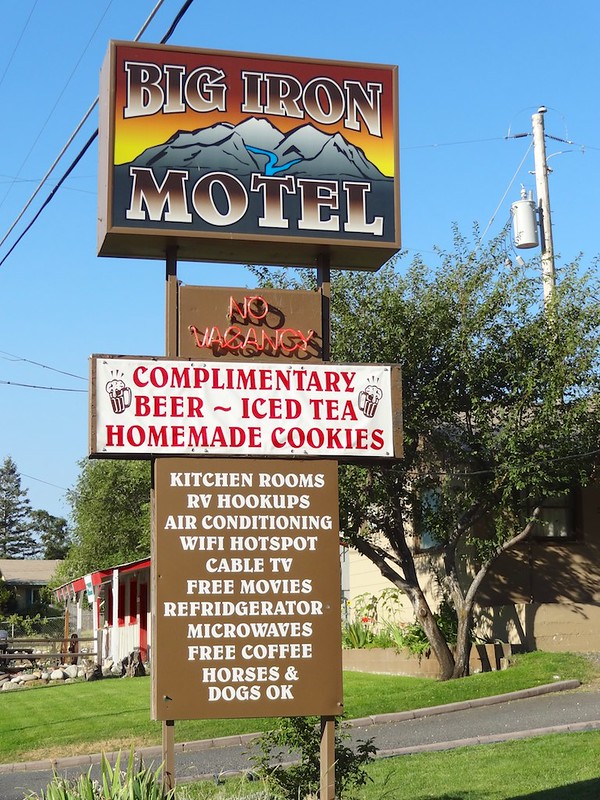 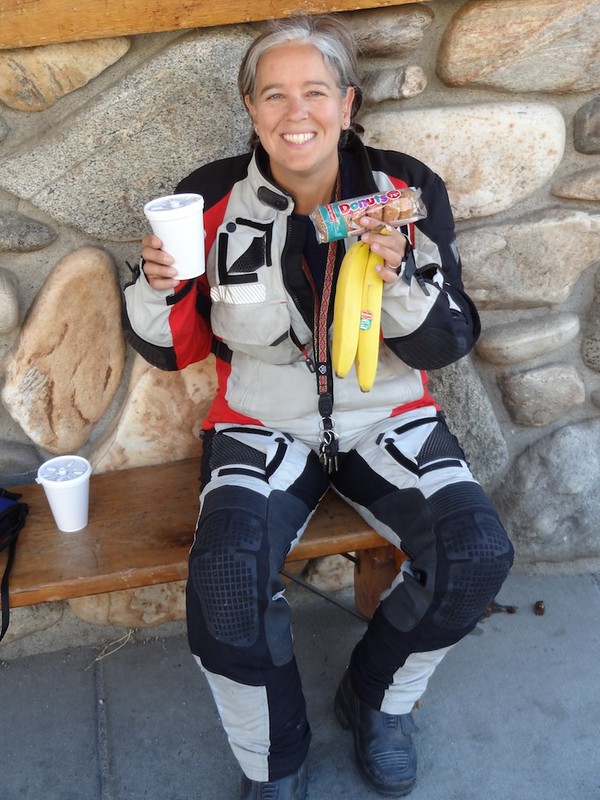 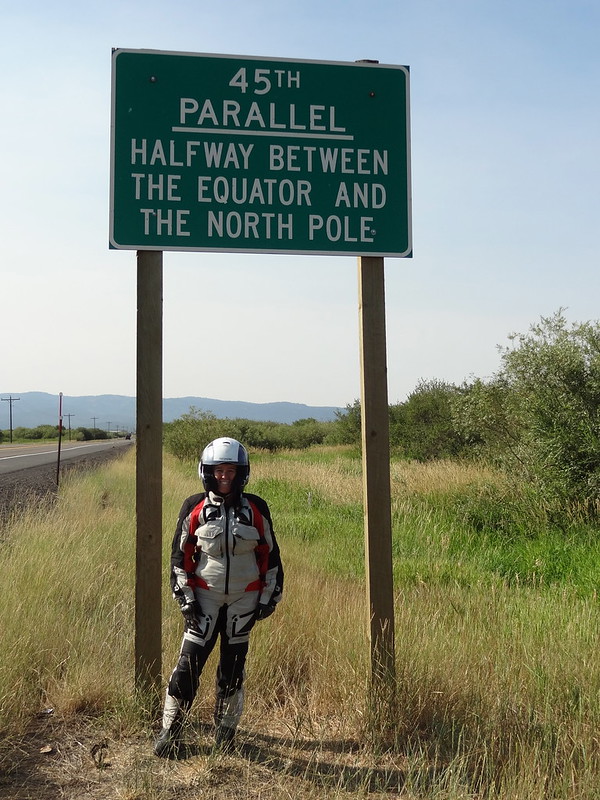 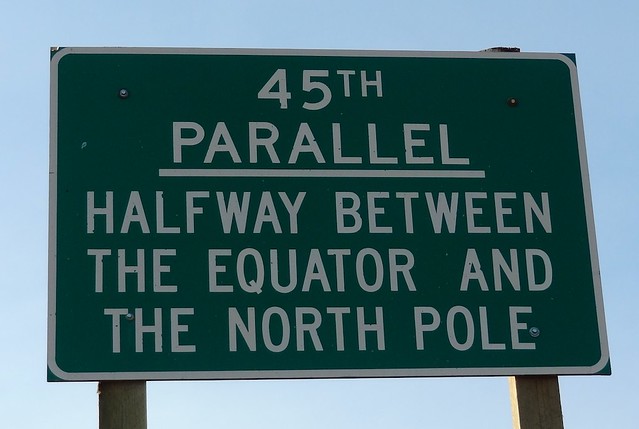 Once again heading south from here we started to see the smoke of the many fires burning in the state. Several roads were closed, but luckily none on our route. There were active fires in Boise National Forrest, but fortunately highway 21 had opened to get us to Stanley and Red Fish Lake. We did get to see the famous Sawtooth mountains, but thru a smoky haze. The high here was 32 and a chilly night time low of 2. 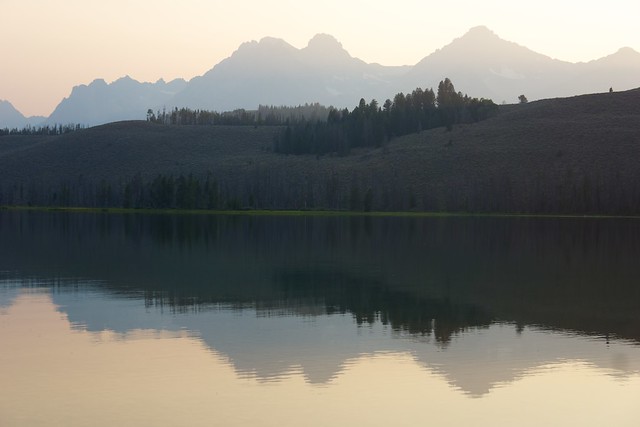 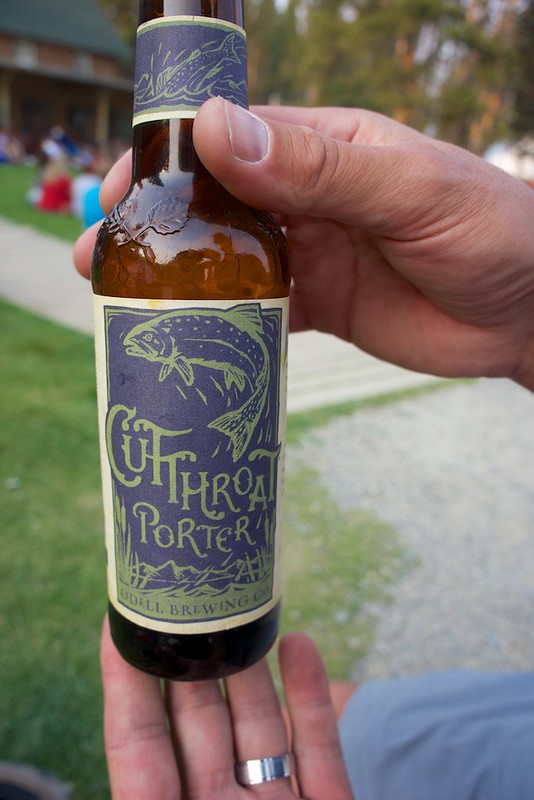 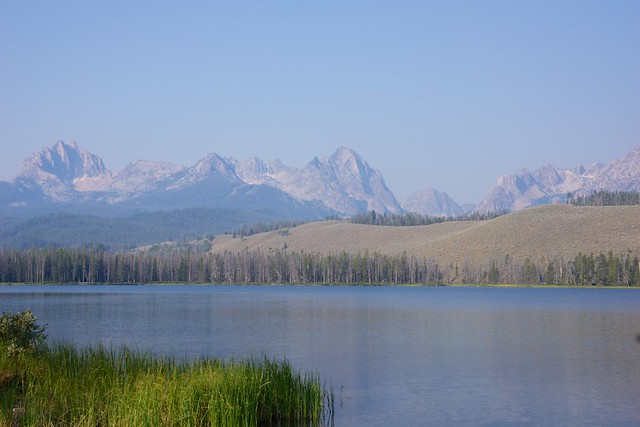 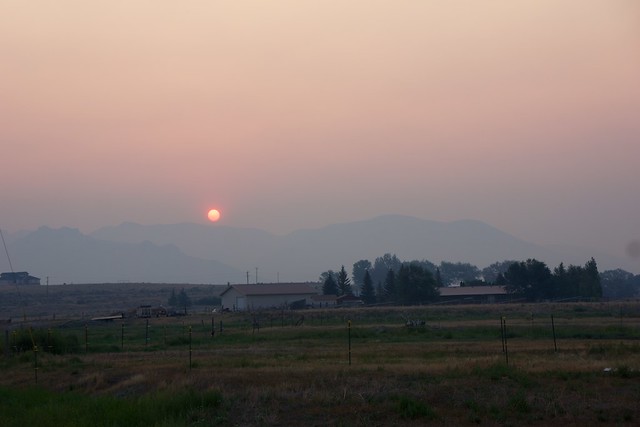 We were heading south-east to Arco and the Craters of the Moon National Monument. Following the Peaks to Craters Scenic byway we arrived in Salmon. Thanks Joe for the tip on Syringa lodge! FYI the Junkyard Bistro there is awesome. No more messing about…. Off to Montana and the Gravelly Range Road! 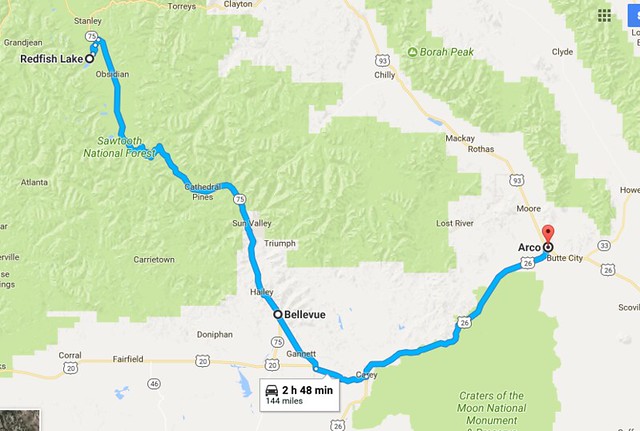 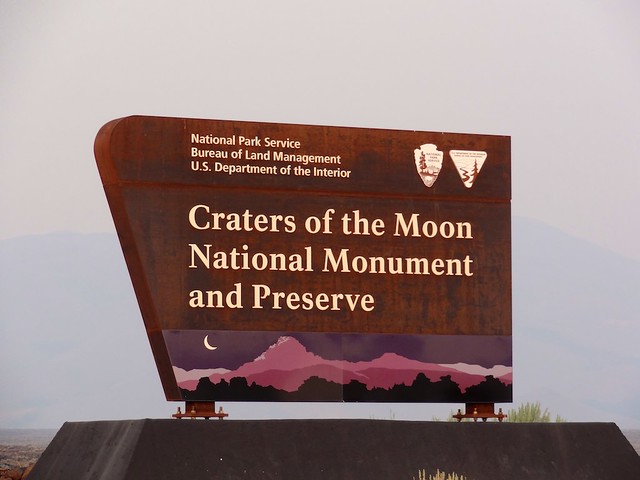 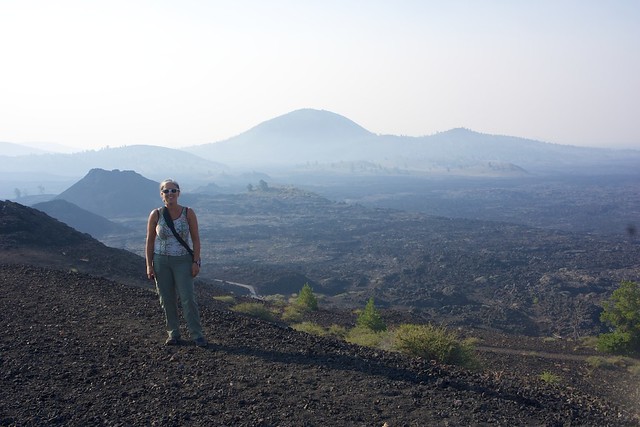 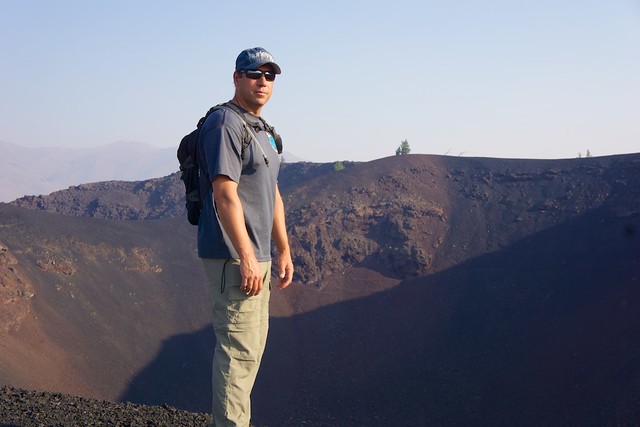 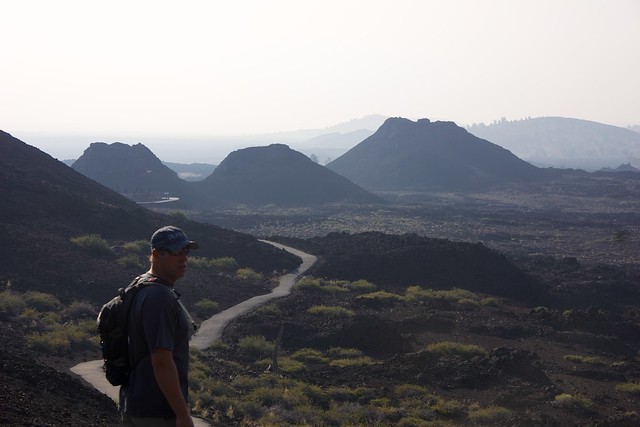 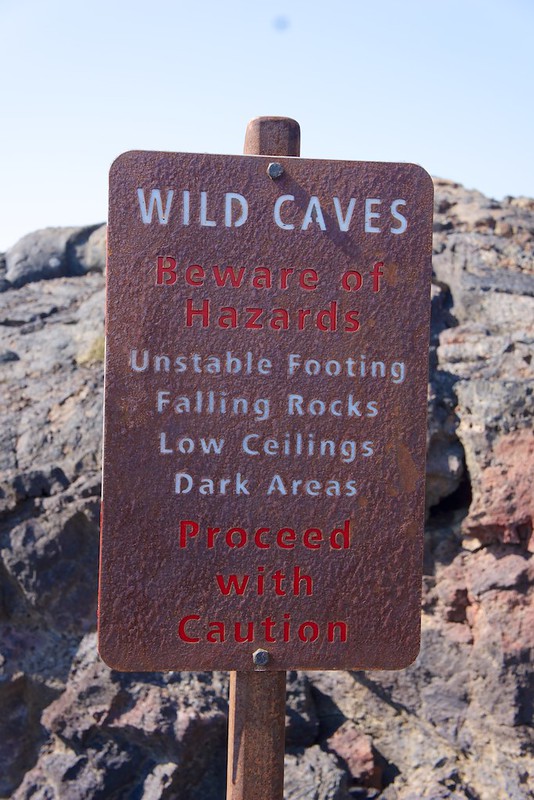 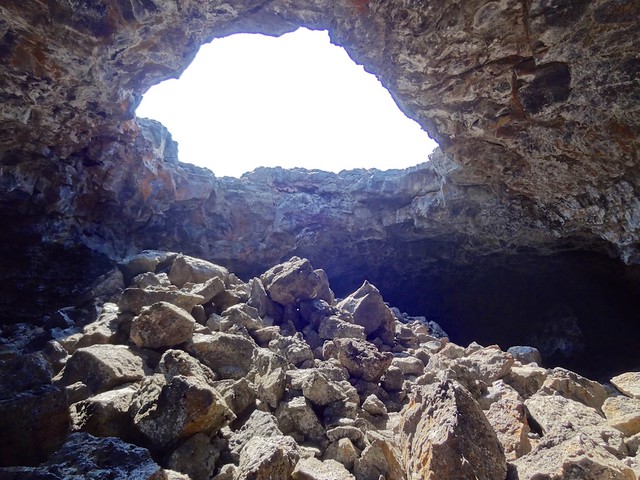 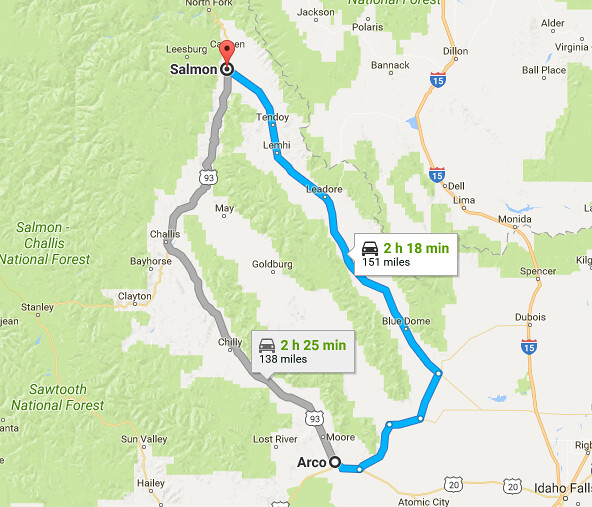 6 Responses to Idaho….More then just spuds!