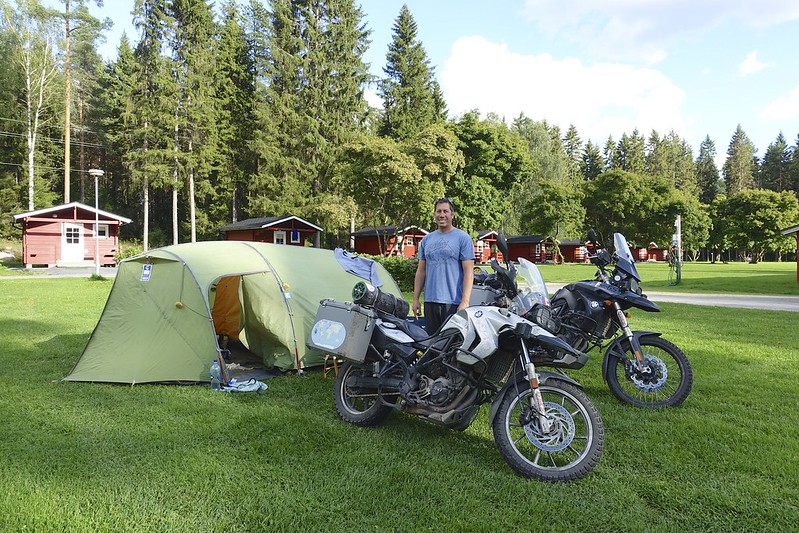 Today we leave Norway after 3 weeks of mostly ok weather. However, it rained almost all day. We made for the border of Finland in 55 Km. The roads here are very straight and all you see are trees, lakes, and reindeer. The plan was to make some miles and the roads made this easier if a bit boring. 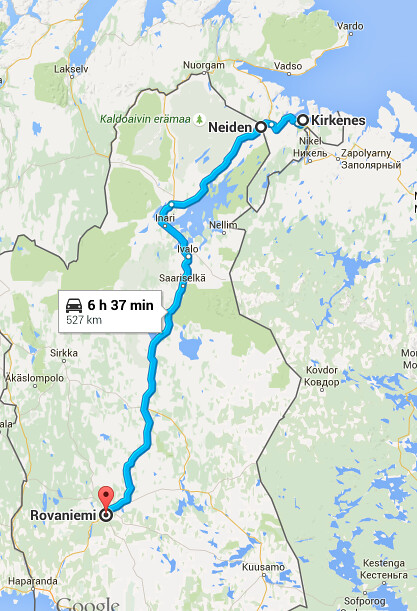 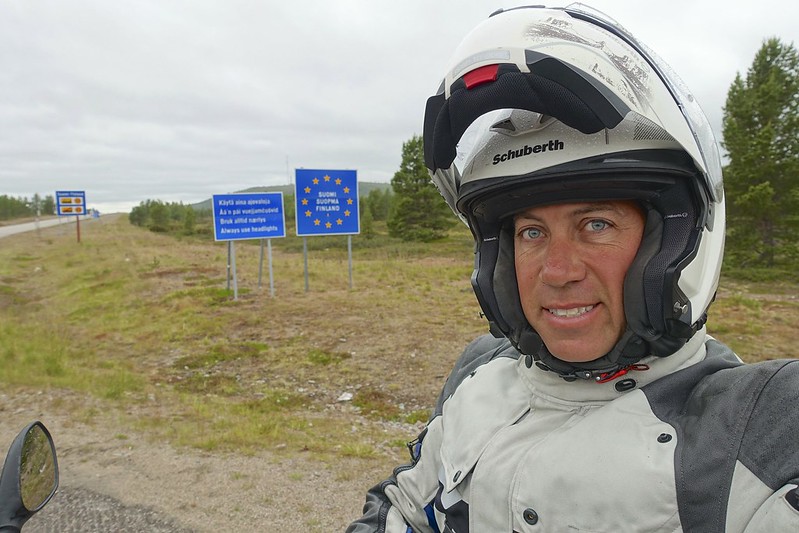 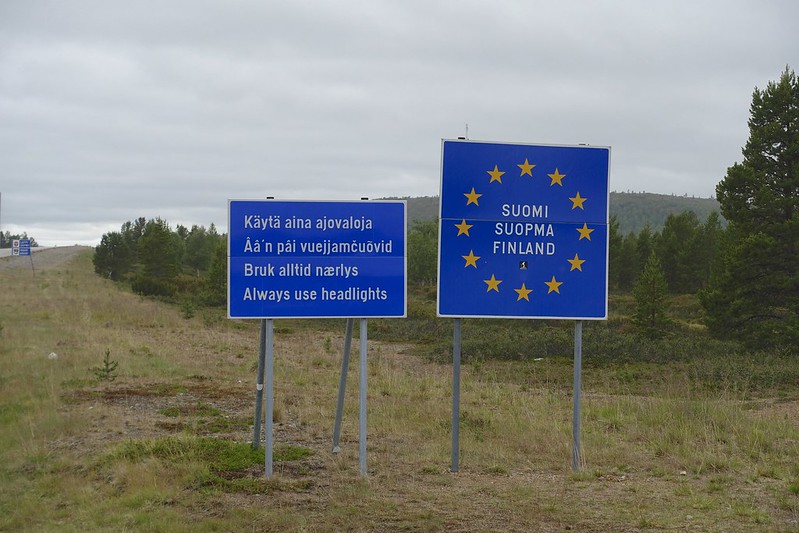 The reindeer are quite stupid and will run out in front of you without warning. The warning signs here in Finland are yellow and list the entire upper half of the country as a reindeer hazard zone. There are a few moose signs, but after hundreds of these in Norway we have yet to see a moose. The reindeer here are bigger than those in Norway and with much bigger antlers. We saw a few really majestic specimens today. It did stop raining by 4 and so we kept riding to just past the Arctic Circle.

We finally found a campground south of Rovaniemi. We still had a bit of sun left to dry out our very wet tent. There were a few other bikers here that were headed to Nordkapp.

Getting on the road about 10 we continued south. We had thought to camp on the coast, but there were not really any nice places and we decided that if we wanted to make Helsinki the next day it would be 488 Km. This would not leave us much time to try to organize the bike fork repair. We decided to go another 160 KM to Seinajoki for a total of 582 km today. 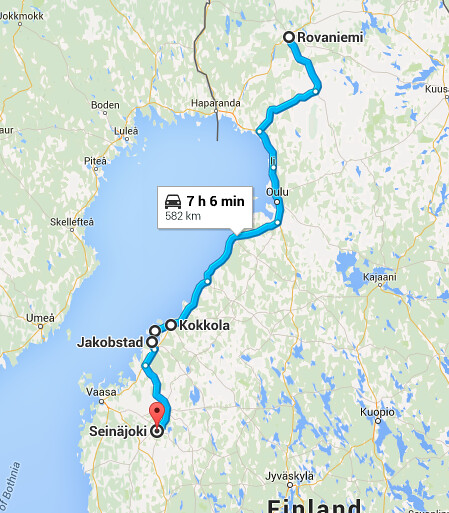 There was a great camp spot here, with lush grass and a river running thru the site. The lounge and kitchen was very nice. They had decent Internet also and we found a repair shop 178 KM away in Tampere. We figured we could stop here since it was on the way to see if they could repair the fork. If not we had BMW Helsinki as a back up.

Arriving at ALL RIGHT Bike they were super awesome and found the BMW original seals for us at a shop 20 km away. They dropped everything and repair the bike for us! We were on our way again by 4 pm. 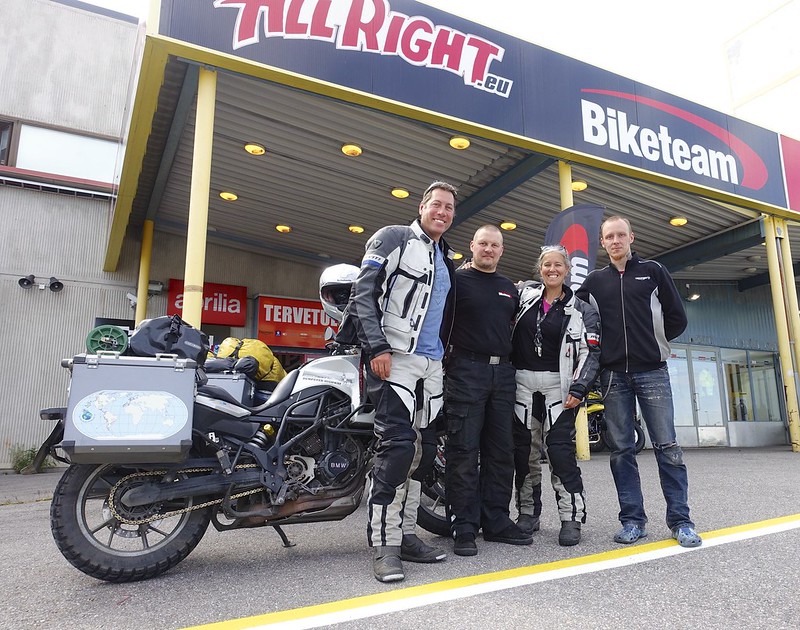 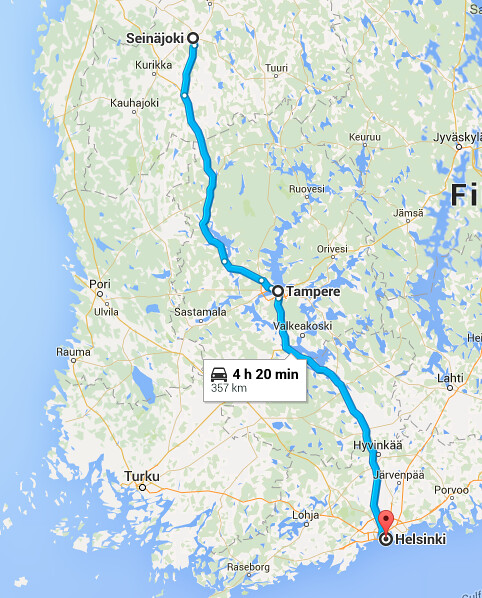 The nice campground in Seinajoki has a sister in Helsinki and so we headed there. The place was packed mostly since it has a great location on the water and right at a Metro station. There were about 8 other bikers here too. We also met Paul and Sarah who are friends of friend in Seattle! 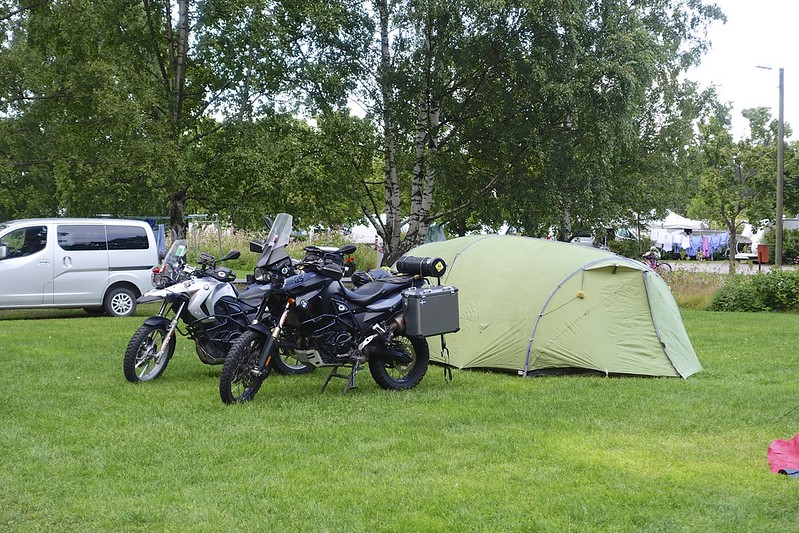 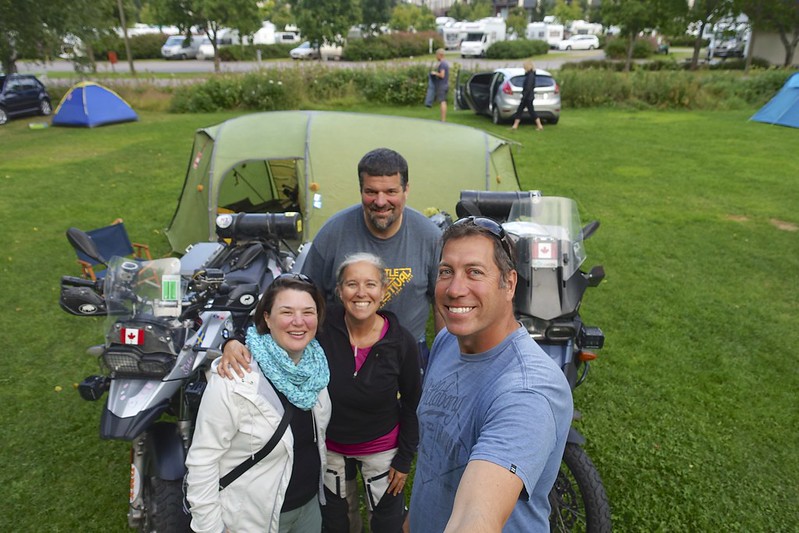 The rain, thunder, and lightning started at 4 am and it was truly unbelievable. That said we had no sleep because of the noise until after 7. We rolled out of the tent at 11. The Metro ride to the city is about 20 minutes to the Central train station. Here we could arrange a VISA FREE trip to Russia to see St Petersburg. Conveniently the boat was leaving the next day. We had decided that the hassle and expense of the visa for a 5-6 day trip was not worth it. The overnight ferry ride return was about the same price as the Visa fee. We did a bit of a walking tour of the downtown and then headed back to the campsite. 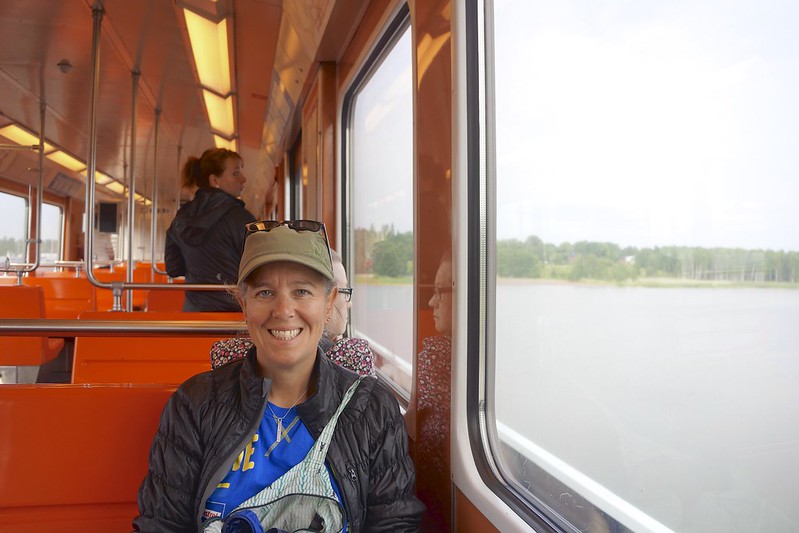 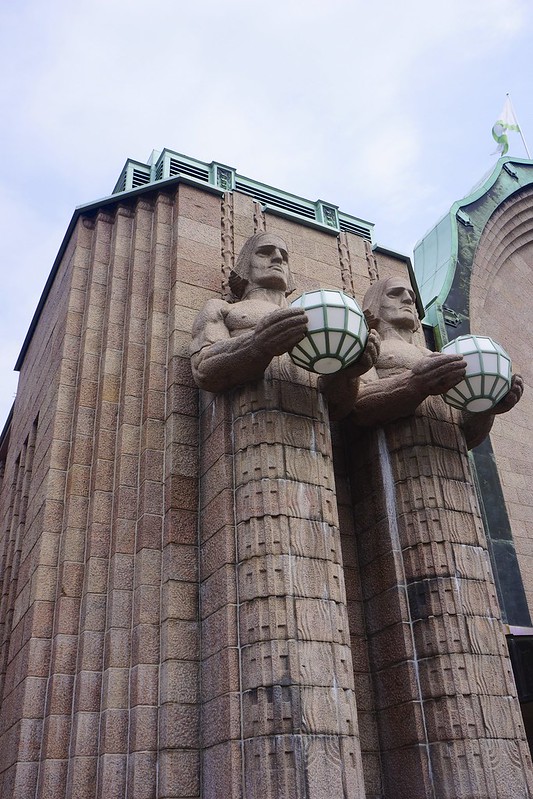 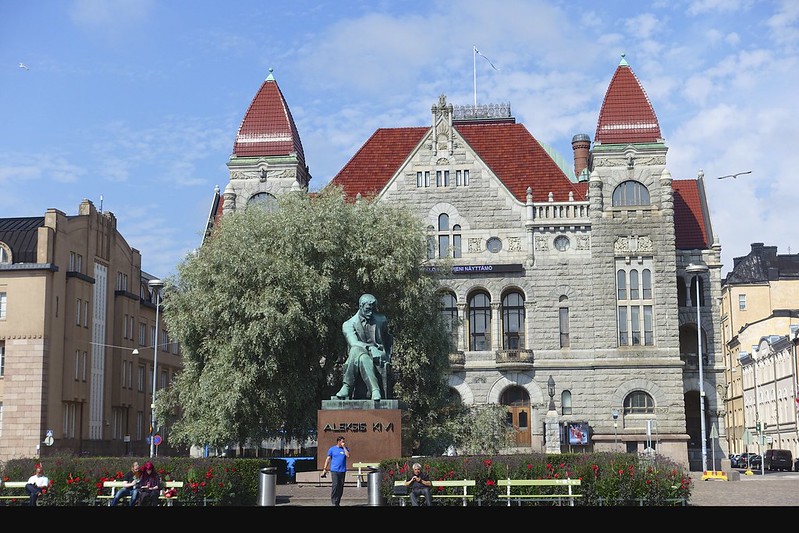 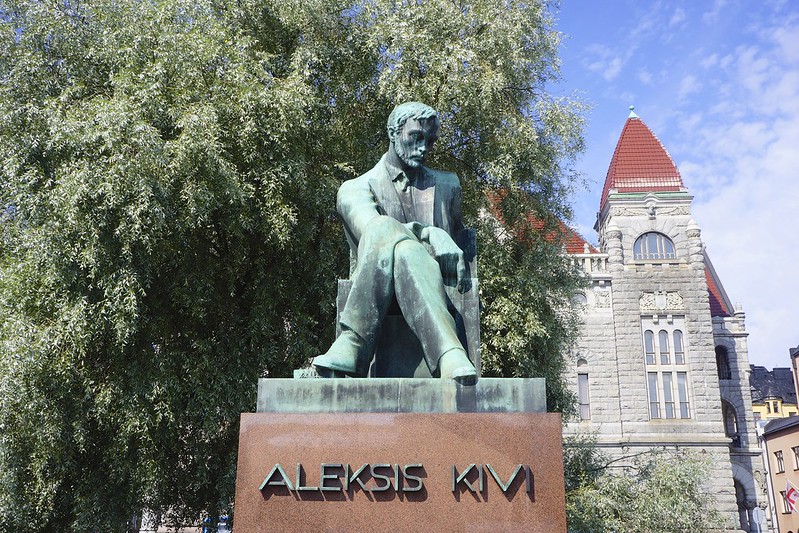 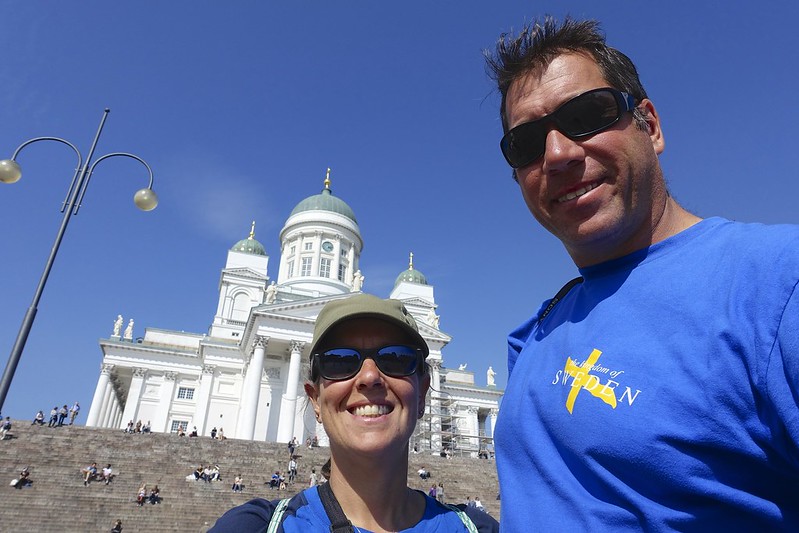 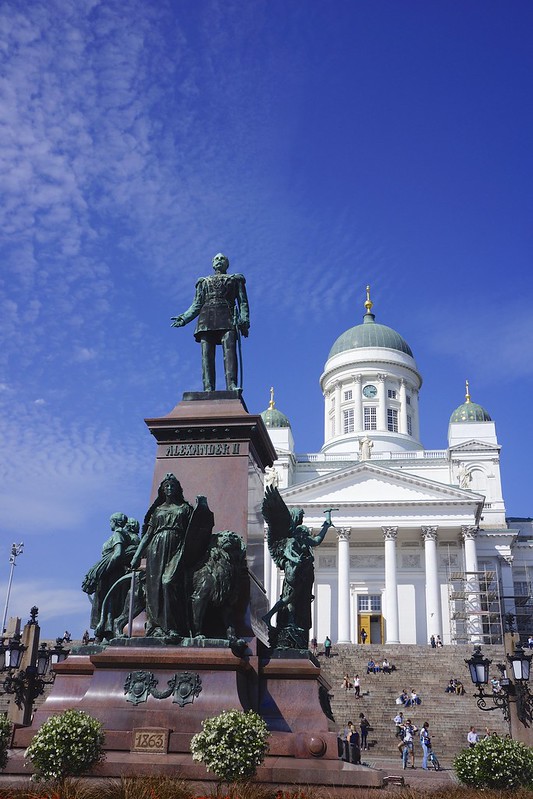 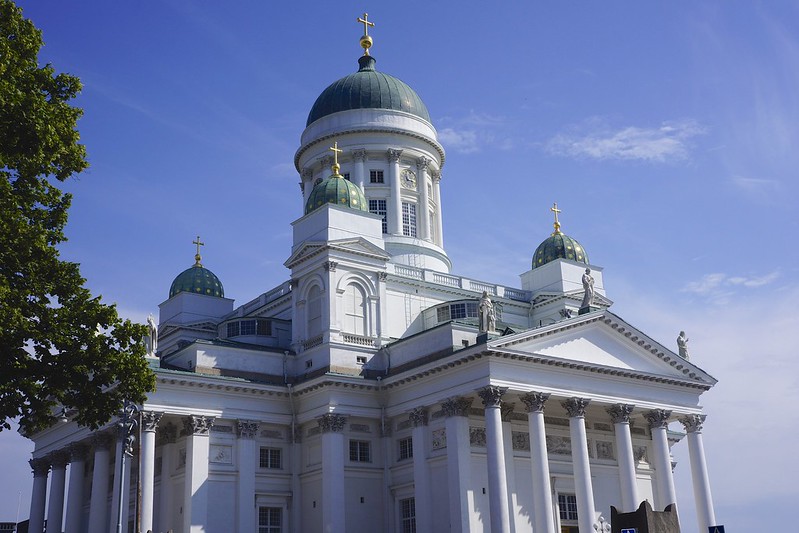 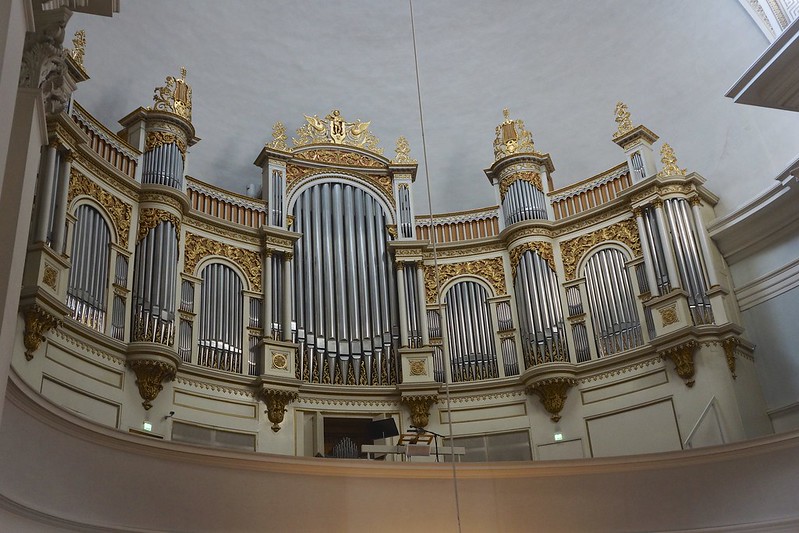 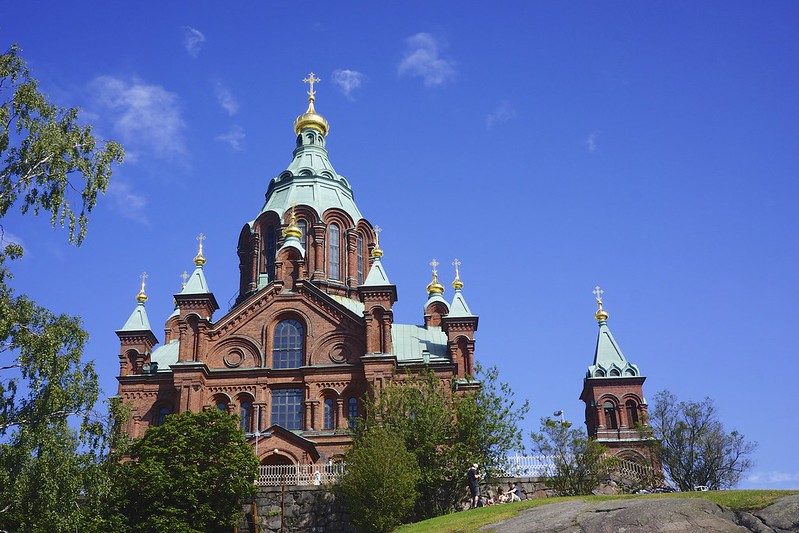 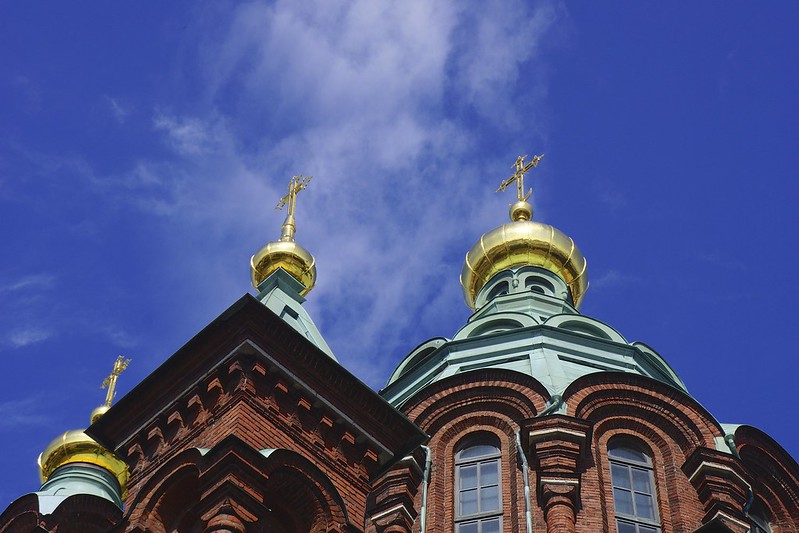 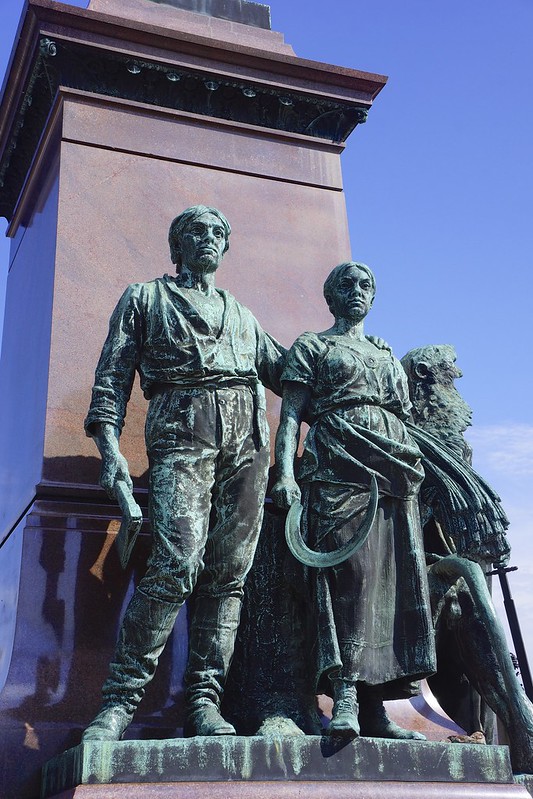 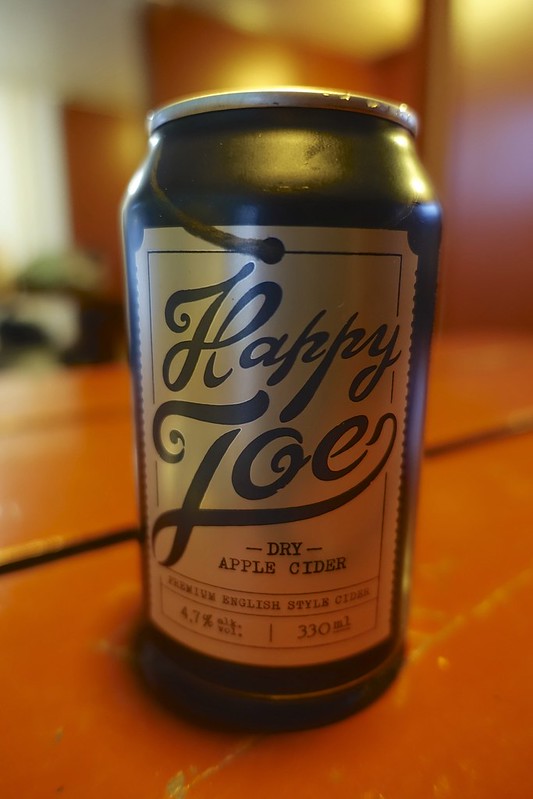 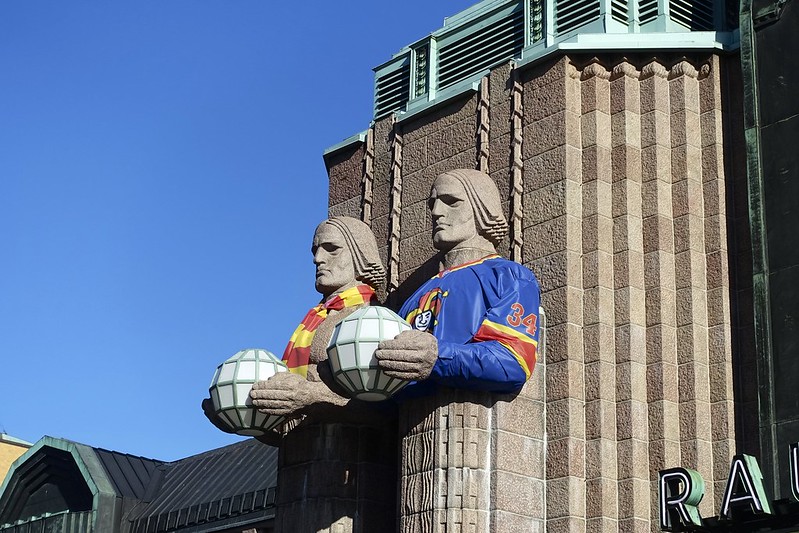 This entry was posted in Finland. Bookmark the permalink.