The deep South…Not what you’d expect at all

Heading South from Tennessee we landed in Hattiesburg MS. We got into the Southern spirit by having Alligator gumbo for dinner. This town has a very cute downtown core. Our preconception was that Alabama and Mississippi would be vast fields of cotton and Tobacco and that Louisiana would be a big swamp. Wow, were we wrong. These states are lush and green and covered with trees. The biggest crop in Louisiana is not seafood, soybeans or rice, but trees! 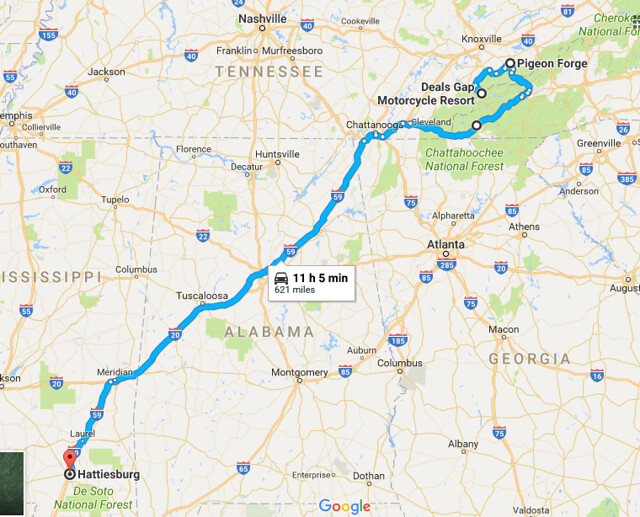 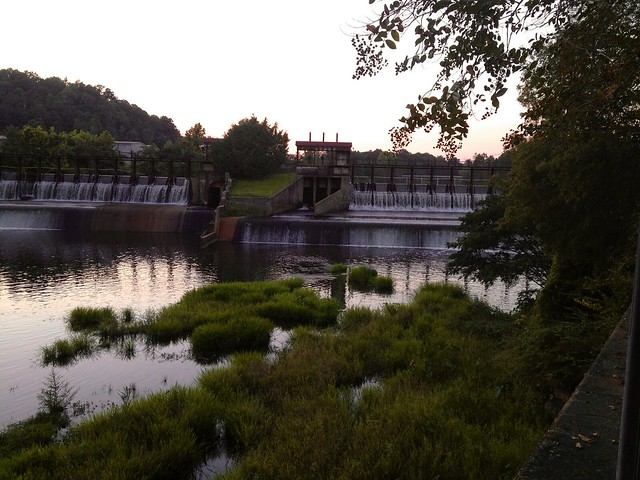 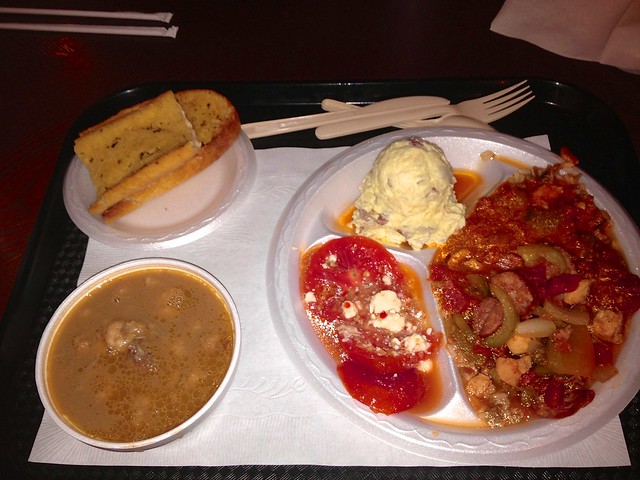 Arriving at the gulf coast we were greeted by a cooling salt breeze. Sara invented a fix for the heat transfer from the bike engines thru the gel seats…Self- adhesive pipe tape. 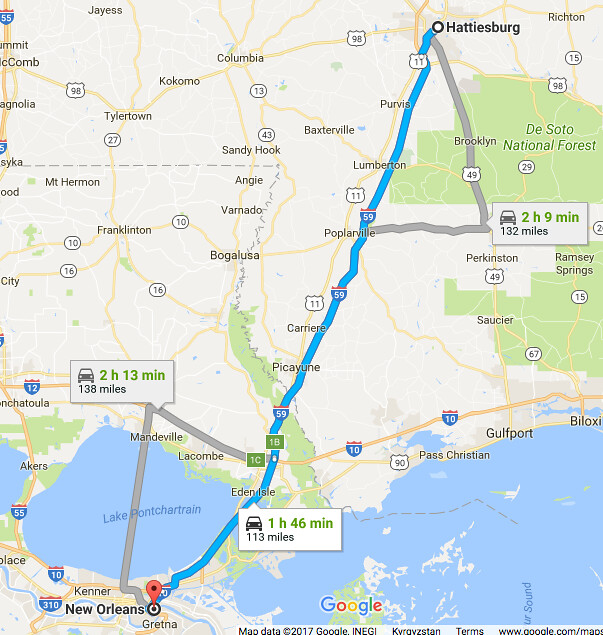 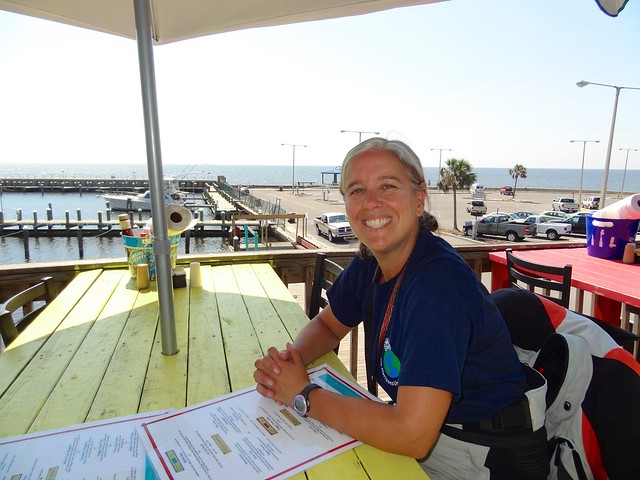 New Orleans also really surprised us. The French Quarter is so quaint. The architecture is a mix of French and Spanish styles. We did a lot of walking around the narrow streets and along the Mississippi River Walk. We came across the oldest bar in the US, which was originally a blacksmith shop. Bourbon Street is certainly a different place before and after dusk! There are all kinds of people in wild costumes. 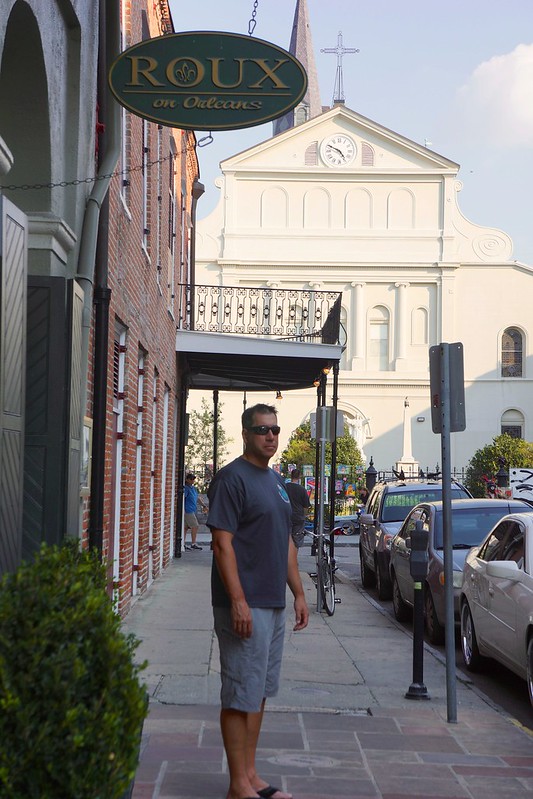 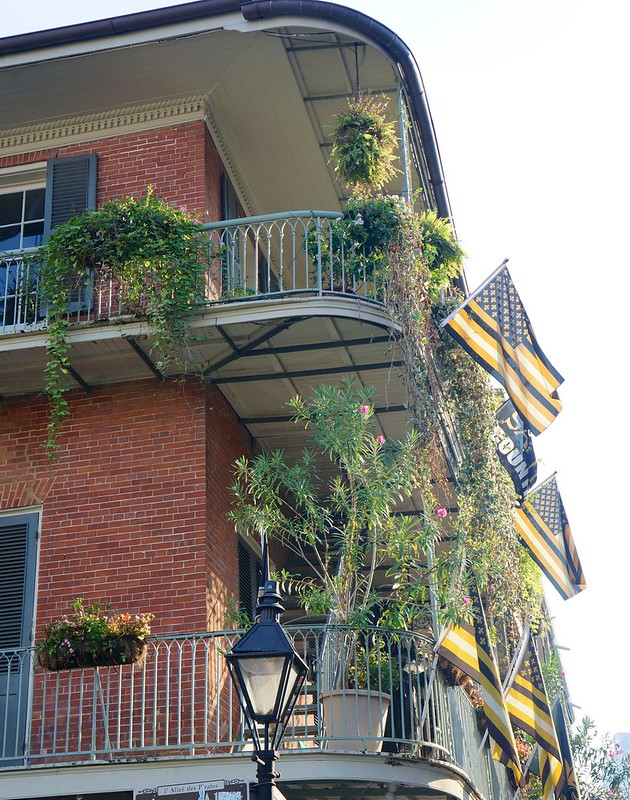 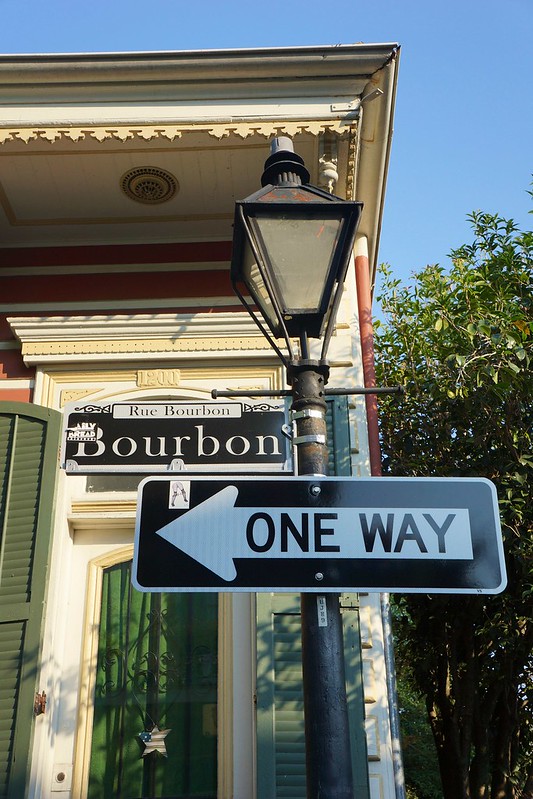 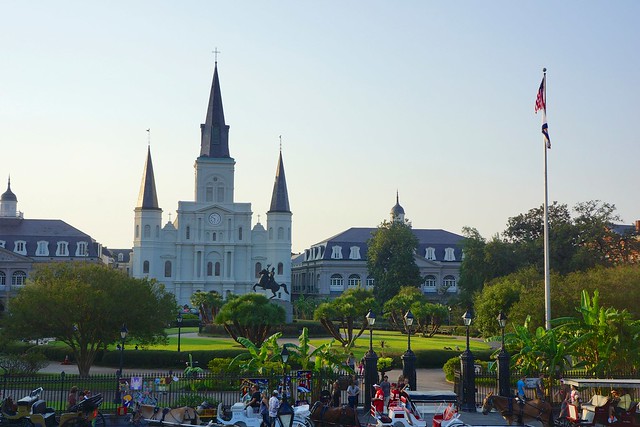 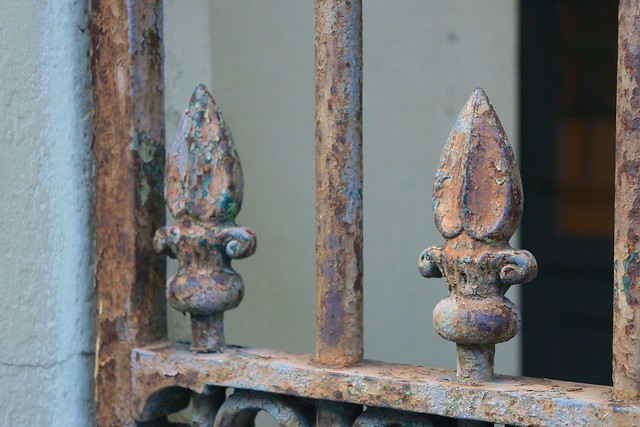 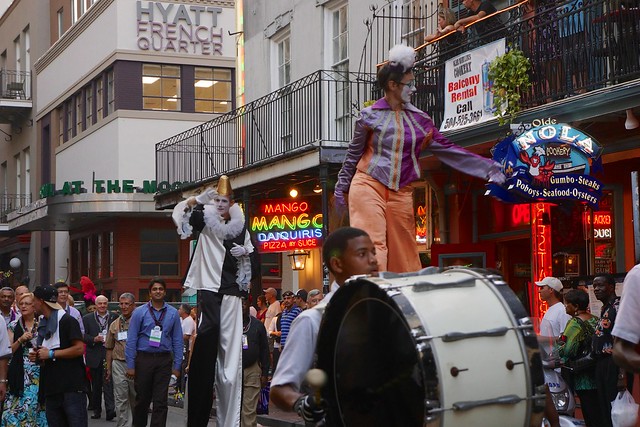 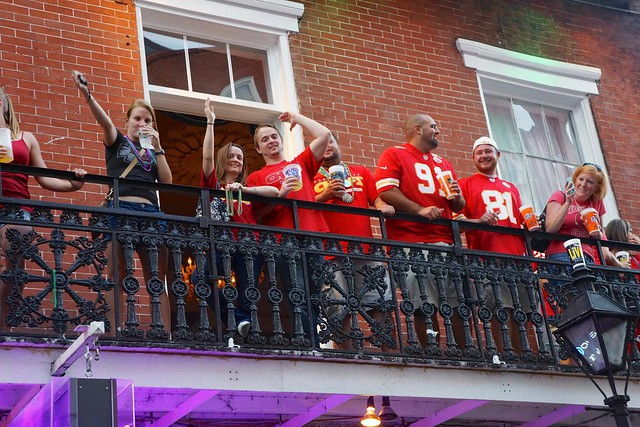 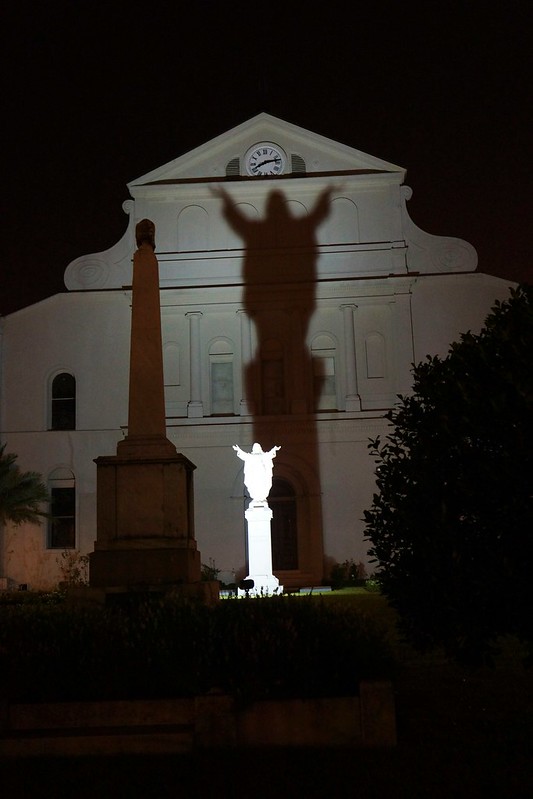 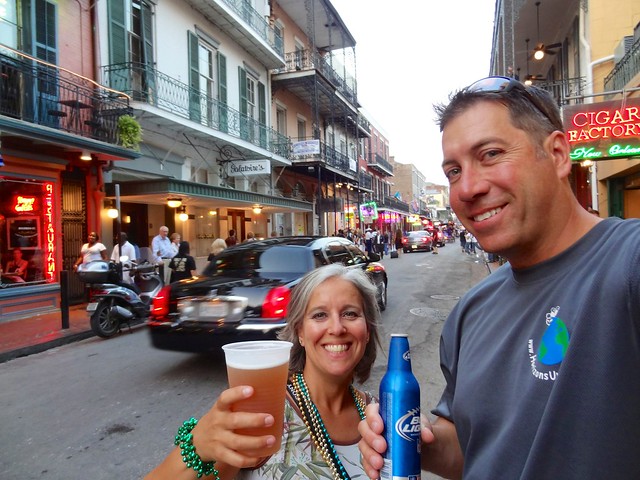 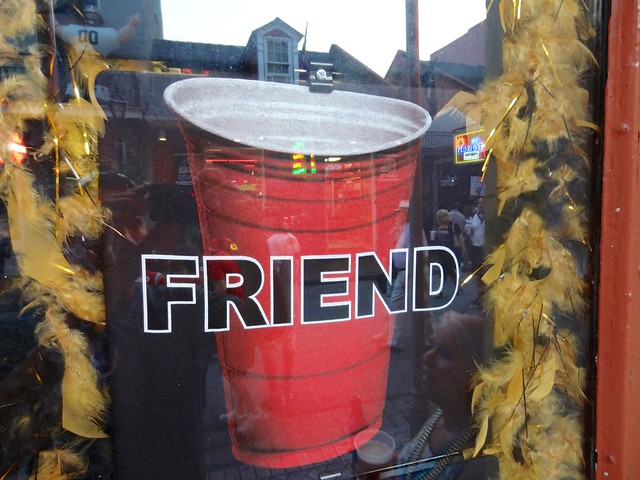 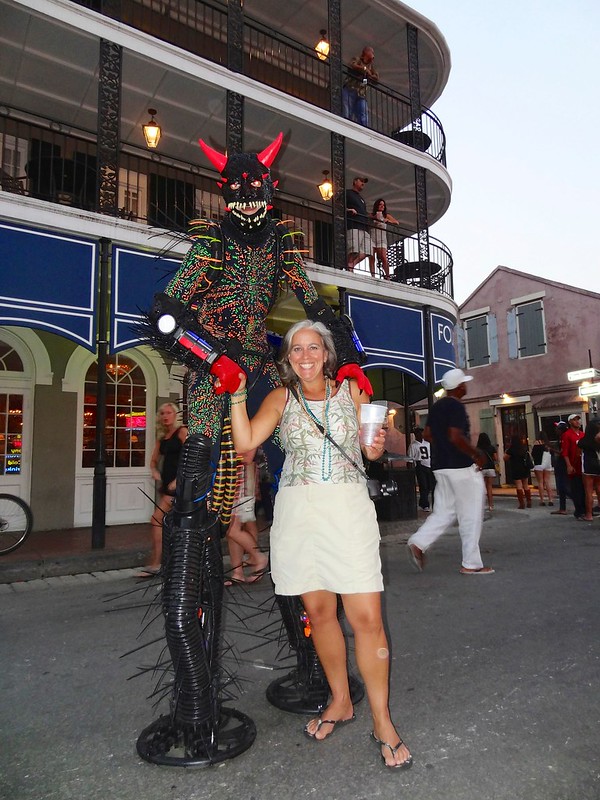 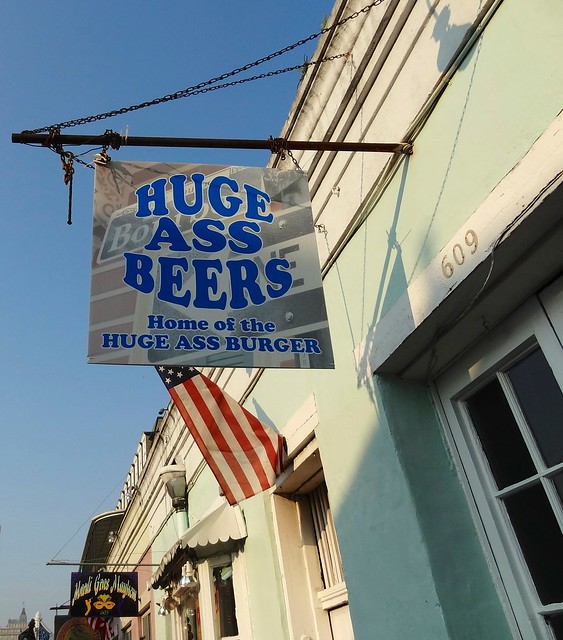 The hotel was near the Cathedral, which when lit at night is stunning. Heading out on the water we learned the difference between a Swamp and a Bayou. We found out what Creole life on the river was like. There were a whole lot of Gators too. 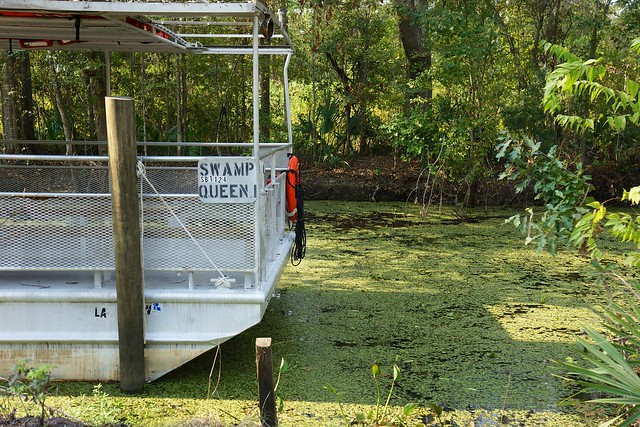 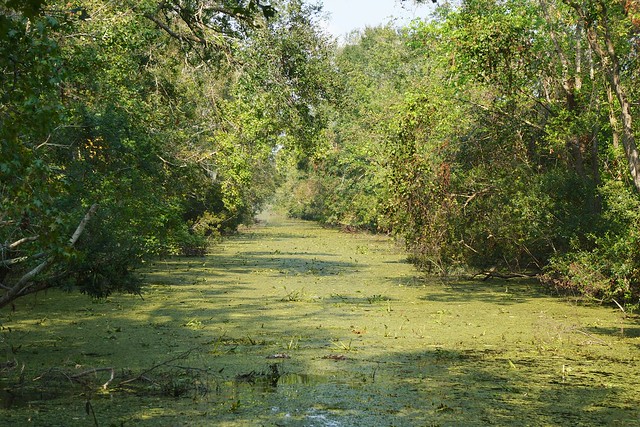 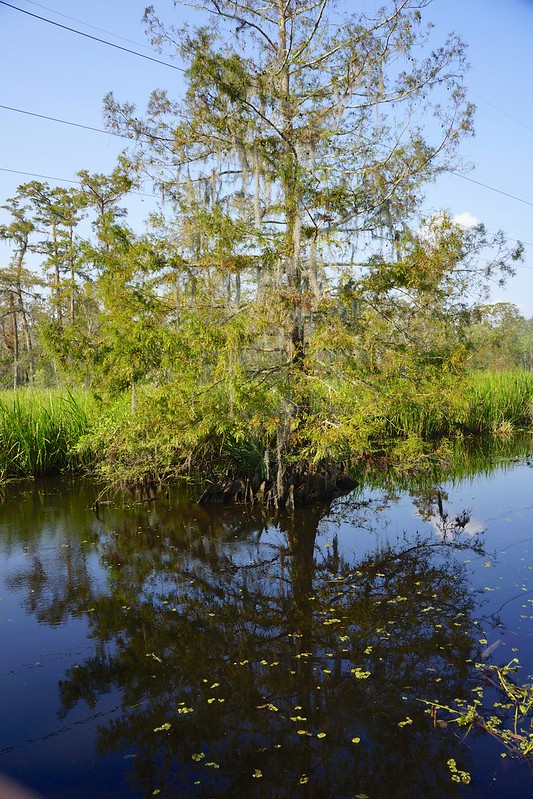 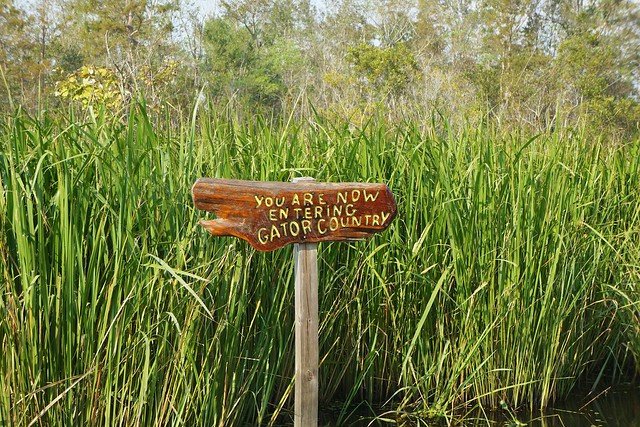 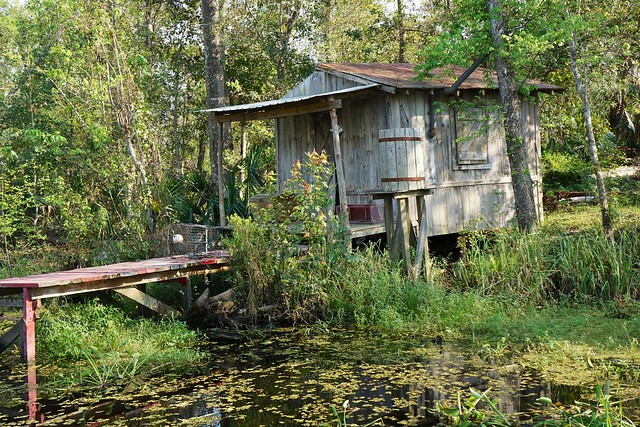 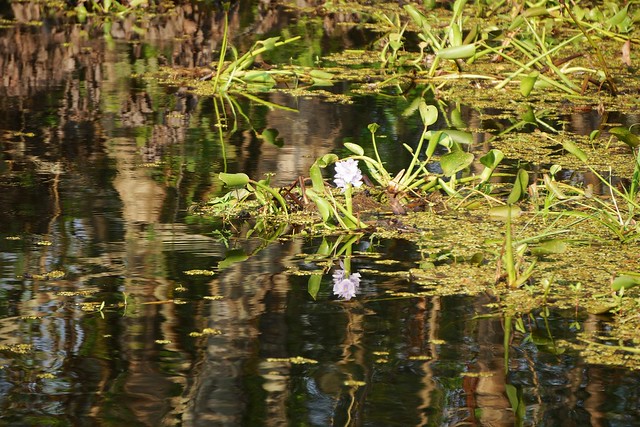 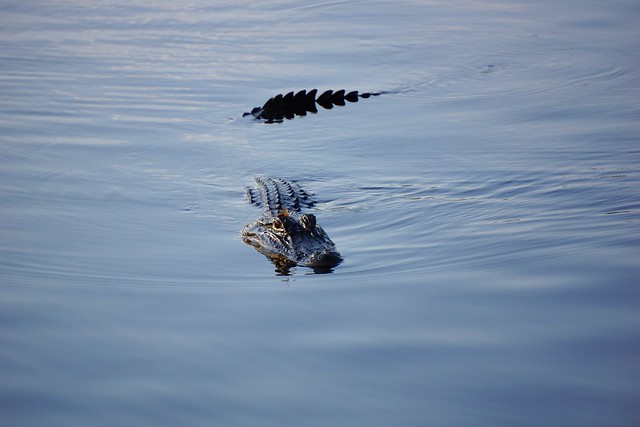 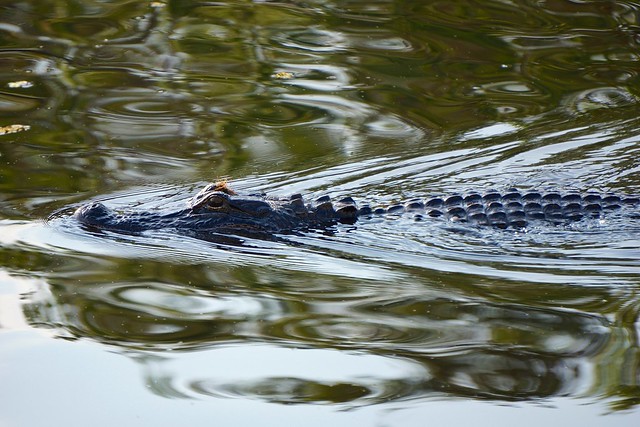 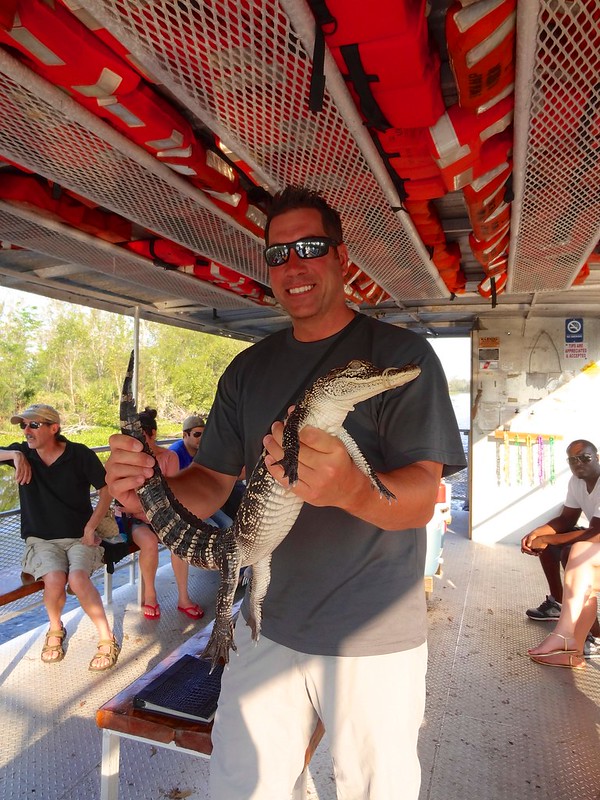 Daniel had to sample several types of famous Pralines. On the waterfront we checked out the last paddle wheel steam ship still on the river and all kind of street music.

There are three types of Plantations and we visited the Laura Creole Plantation. The docent we had was very good and her heavy accent made the stories she told so much better. The house has been restored and is surrounded by 200-year-old live Oak trees. The rest of the grounds contain as yet un-restored out buildings including slave houses. There were three rows of these stretching 3 miles into the sugar cane fields. The memoir of the great granddaughter of the original owners is what spurred on the restoration. There are photos of her from 3 months old until 103 on the walls. 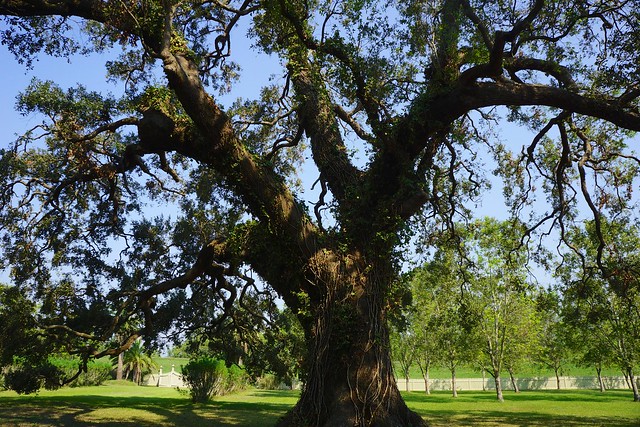 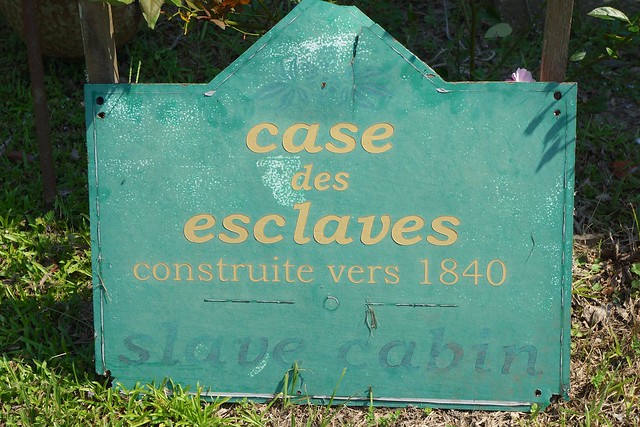 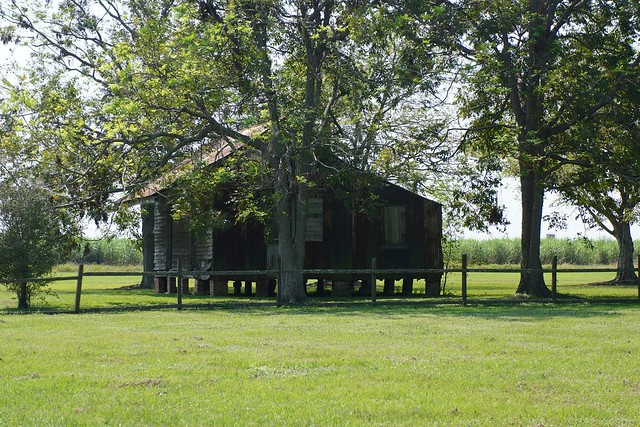 We spent a day exploring the city on foot and by streetcar. This gave us a taste of the very old cemeteries that dot the city. There was even a grave of the supposed Voodoo Queen. We also wandered thru the Garden district to admire the beautiful antebellum homes, including that of Anne Rice. The Canal streetcar took us to City Park for a pleasant walk thru the huge Oaks. Now it’s time for us to make a run for the border.