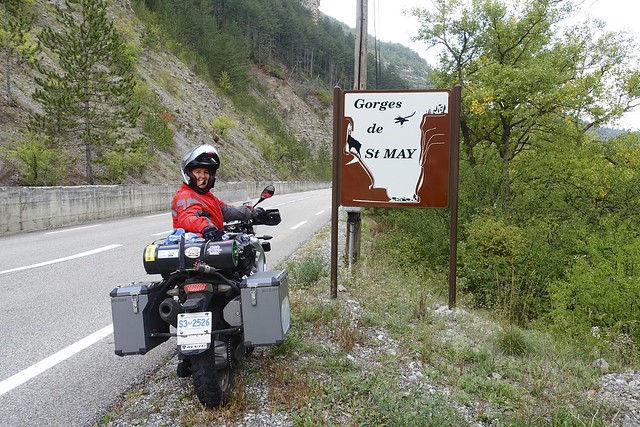 The weather has not improved much as we headed south from Lyon it got worse and worse. We plotted a course to Gordes southeast of Avignon using the secondary roads. We did not stop at Vienne as planned since seeing Roman ruins in the pouring rain is no fun. 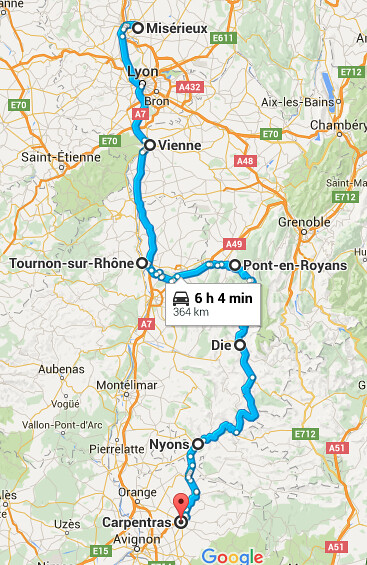 We followed the Rhone River down until Tournon-sur-Rhone where we rode east to Pont-en-Royans and into the National Park Vercours. At the turn off we spotted Valrhona, which is like the Mecca of Chocolate and is the French company where our friend Antonio (Marbella/Madrid) works. 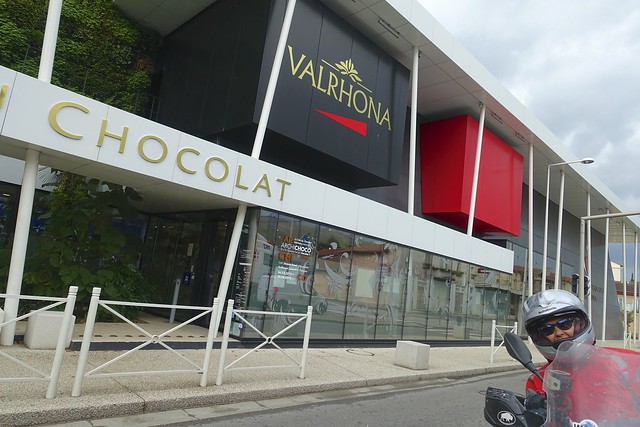 Pont-en-Royans is a small village hanging on the side of the riverbank. 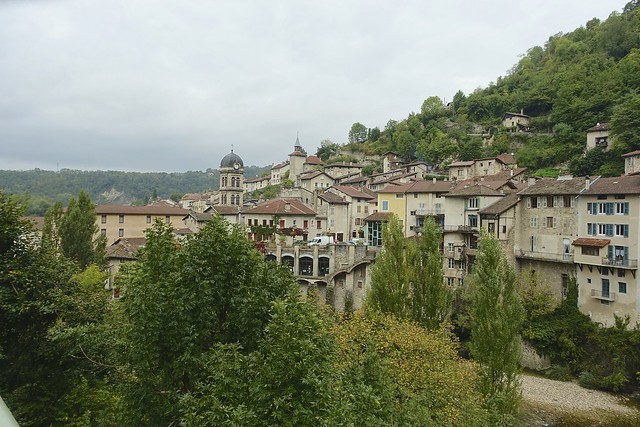 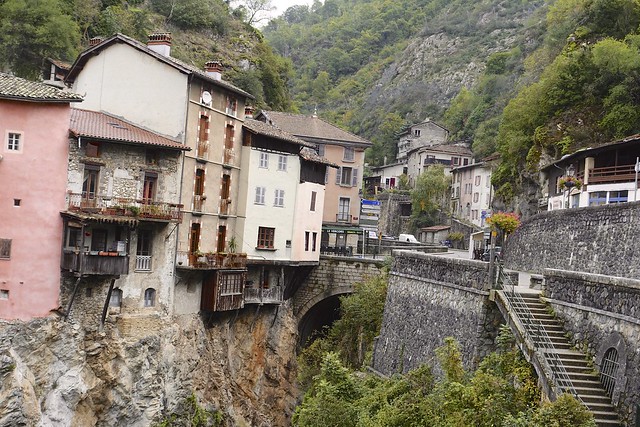 From here we went to La Chapelle-en-Vercours and onto Die on the single track twisty and hairpin route thru the fall coloured forest. We hardly saw a car all day. 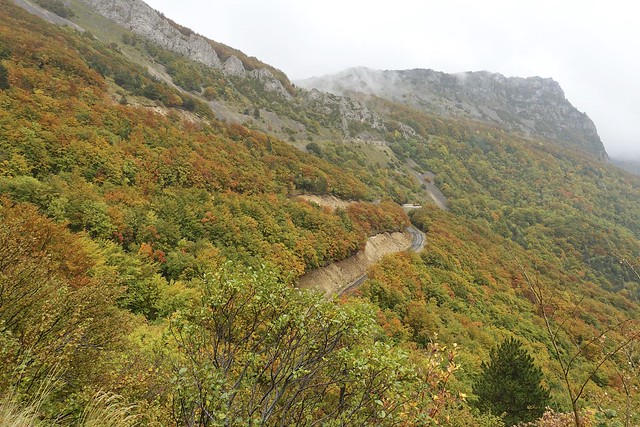 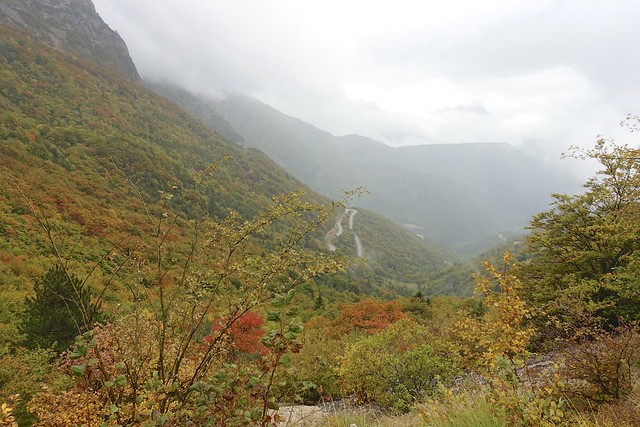 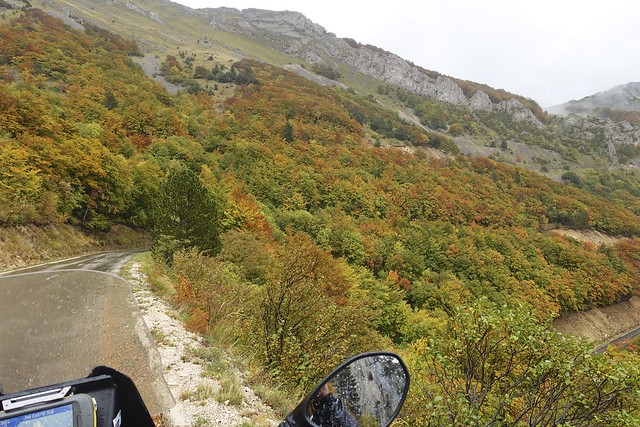 On the way we stopped at the Serran de l’Ane geologic site. It is one of only a very few places on earth that you can clearly see the transition between two geologic stages the Valanginian and the Hauterivian. 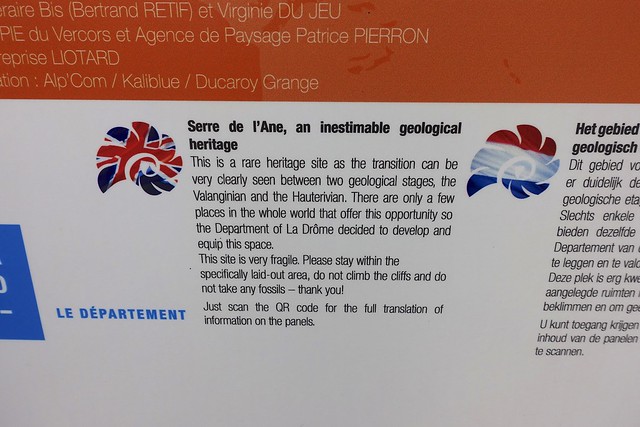 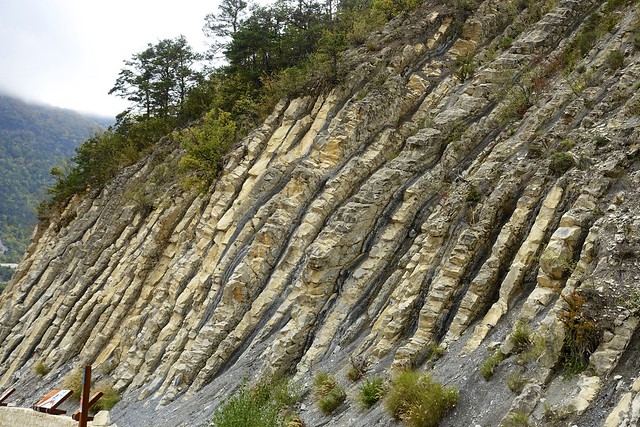 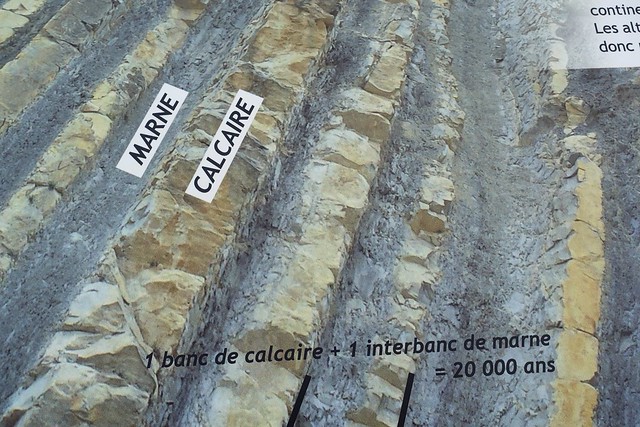 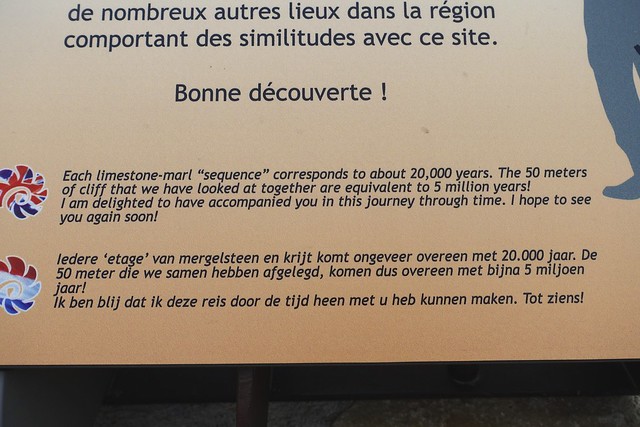 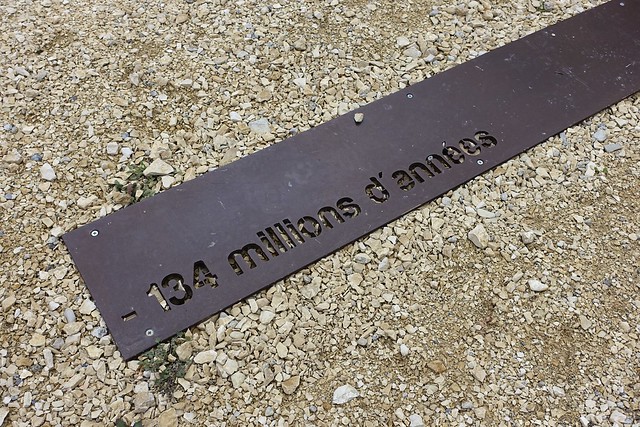 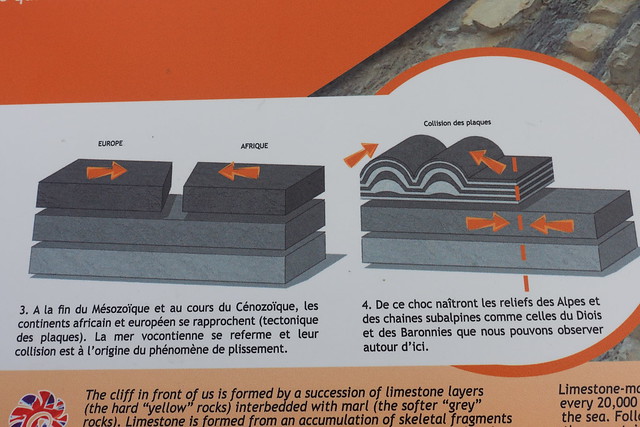 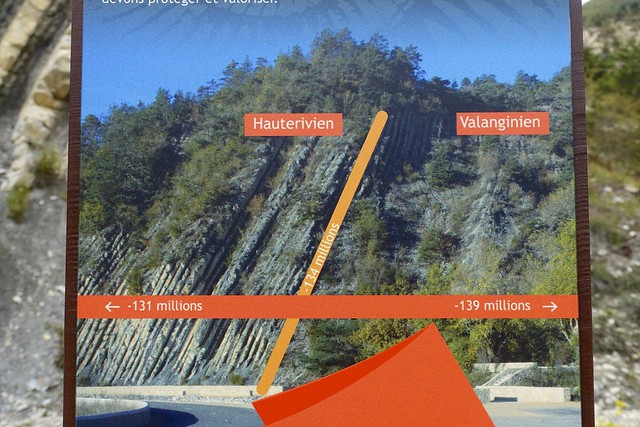 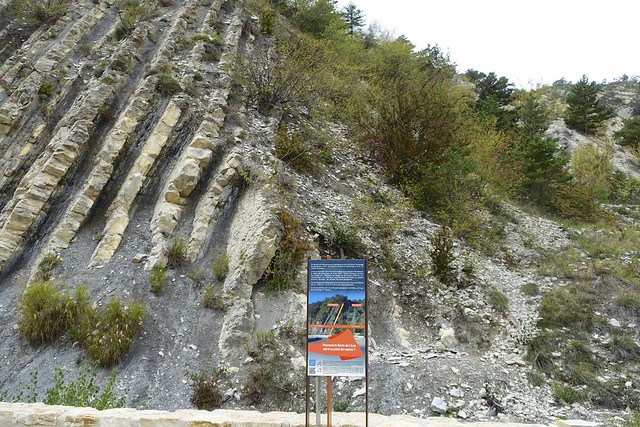 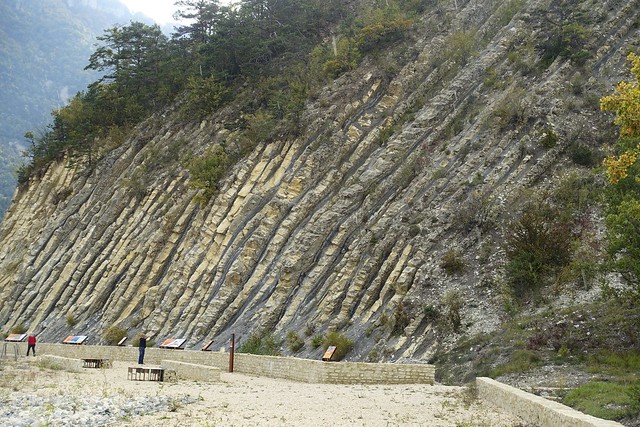 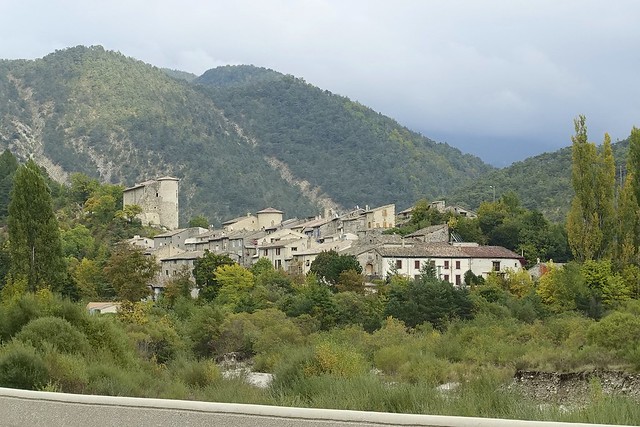 We had a nice ride thru the Gorges de St May. The rain did slow a bit late in the afternoon, but it had slowed us down enough that we called it a day at Carpentras. On the way we stopped at a Mc D to use the wifi and found a good place to stay. Just after we arrived it really started to pour again and the thunder and lightening was epic.

The forecast for the morning was sunny, which was hard to believe, but totally correct. The plan had been to head to Toulouse, but we found out that Fernandita the daughter of our dear friends Mario and Fernanda in El Salvador was in Barcelona for a week. So “road trip”! We were pretty happy about the change in the weather since we had planned a pretty long 400 Km day thru the National Parks of des Cevennes and Haut-Languedoc and on to Narbonne. 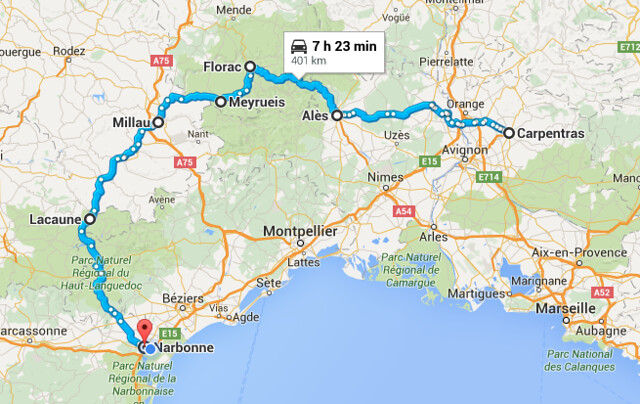 We made a swing thru Avignon to view the Palais de Papes, but since we will be back here next summer we did not stop long. 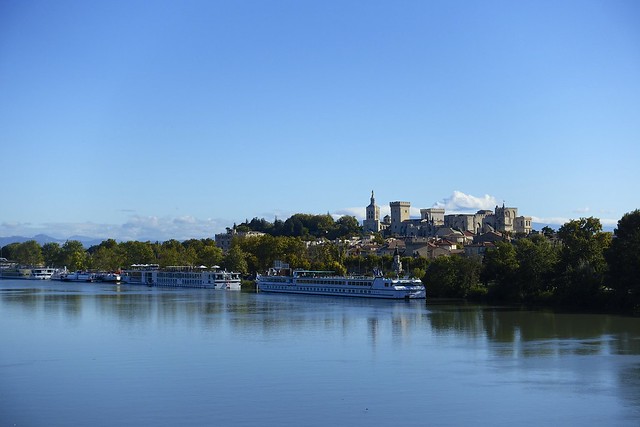 It was just over 100 km to get to Ales, which is where the route today gets good. You could spend days making loops here thru the hills and forest on the tiny twisty roads. We planned just one track from Ales to Florac along the Corniche des Cevennes. Over a section this is a very narrow track of switchbacks to the town of Saint-Roman-De-Tousque. From here the road widens and looks a lot like the Blue Ridge Parkway. 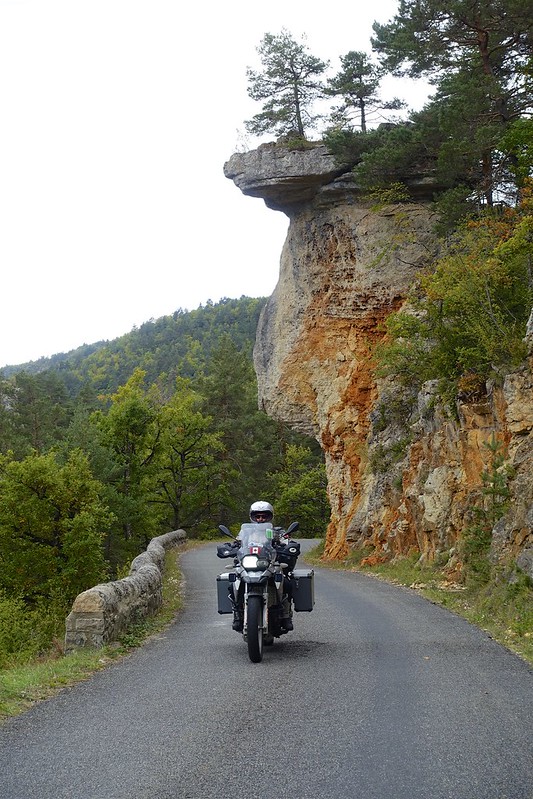 From Flornac we rode over another mountain pass, but we could make some miles, as the hills were more rolling. By 4 pm we made it Milau for a view of the famous Viaduct. South from here we again routed on the small roads thru Lacaune ad the park to Narbonne. The roads here are sweeping curves and again in almost no traffic we could make some speed. Arriving here we opted for the Ibis Budget, which is in   a word Budget…but better than the slightly cheaper F1 which is full of truckers with whom I don’t care to share a bath. 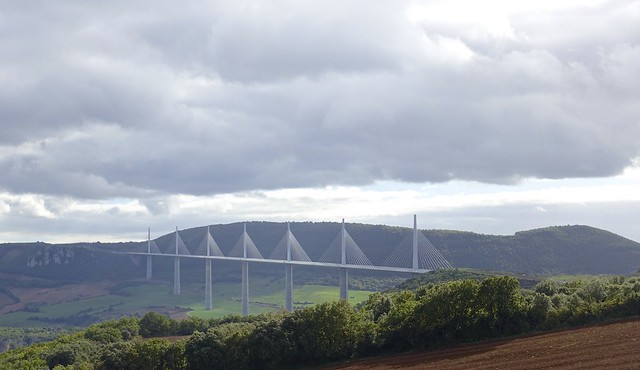 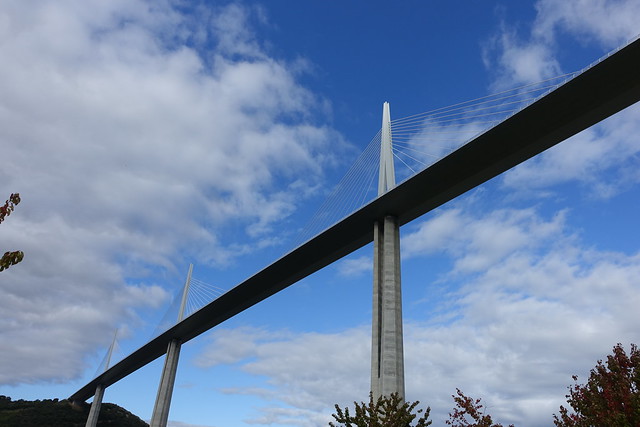 This entry was posted in France. Bookmark the permalink.

3 Responses to South in France