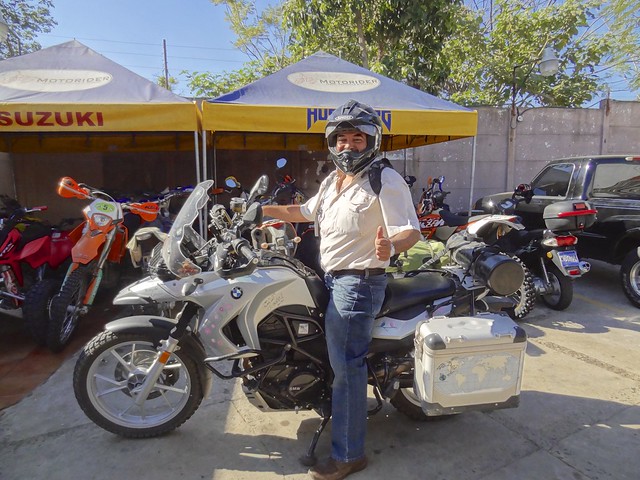 Today it is maintenance day. Mario rode over to the shop on Lulu since his bike was there already and he wanted to pick it up. 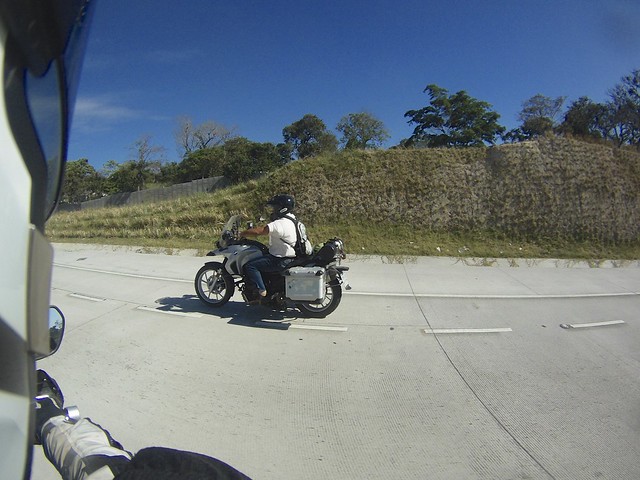 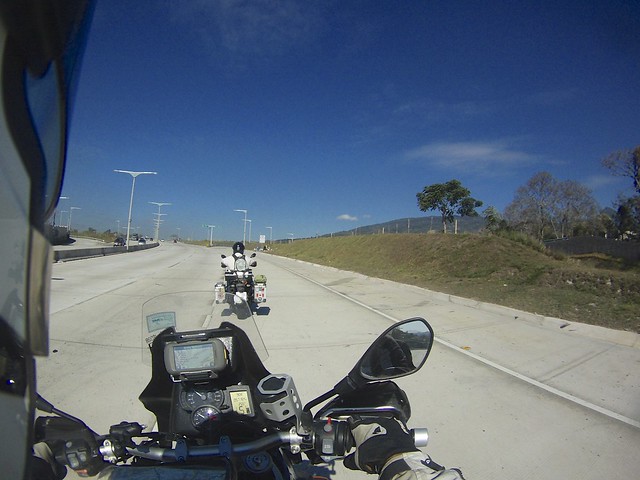 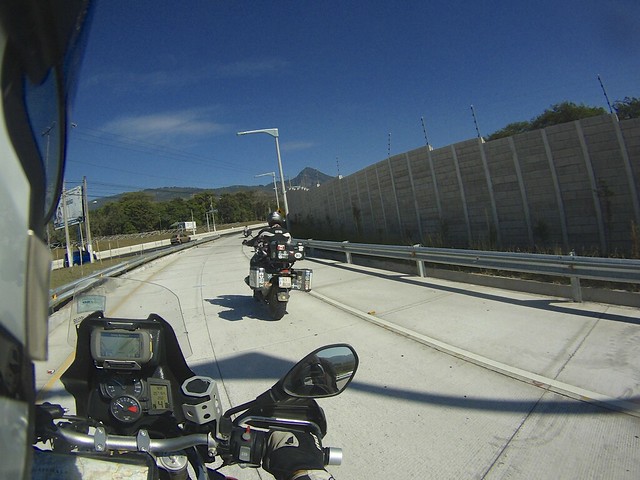 We had a great experience at Motorider in San Salvador. Mario Lecha has an amazing shop and team of mechanics. They fit us in at very short notice even though the shop was very busy. He also had the synthetic oil Daniel wanted and that we had been looking all over for in the last 2 months. They are also the Touratech outlet so we could get a few other items we needed. Poor Chicko had to “freshen up” the heads of several of my skid plate bolts in order to be able to remove them for the oil change. They had been sheared off from millions of tope! They even added a worldwideride sticker to the window. Mario was trying out Loulou, but I’m pretty sure he will not trade in his 1200 anytime soon. Maybe it’s the pink flowers??

Click on the frist picture to advance to the next photo.

This entry was posted in El Salvador. Bookmark the permalink.