In Search of Bogans? 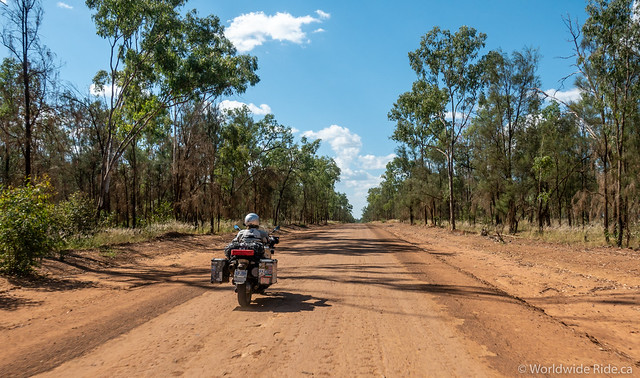 We are really headed north now! Well actually we had to ride south first to join the tourist route. 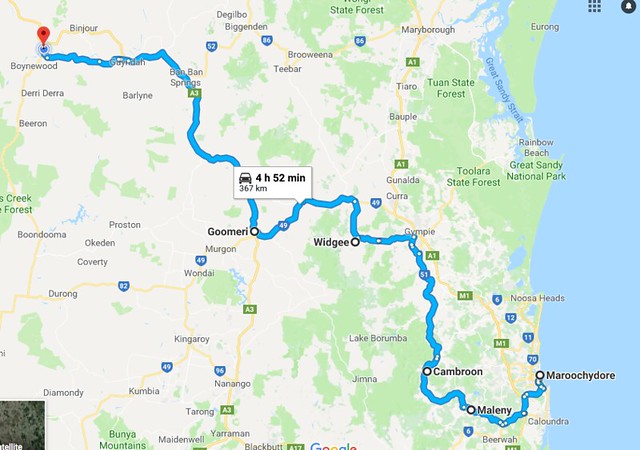 We are trying to get to Cairns 1700 km north, but west as well. The road is surfaced, but at times it is just a strip of pavement down the center of a dirt road. 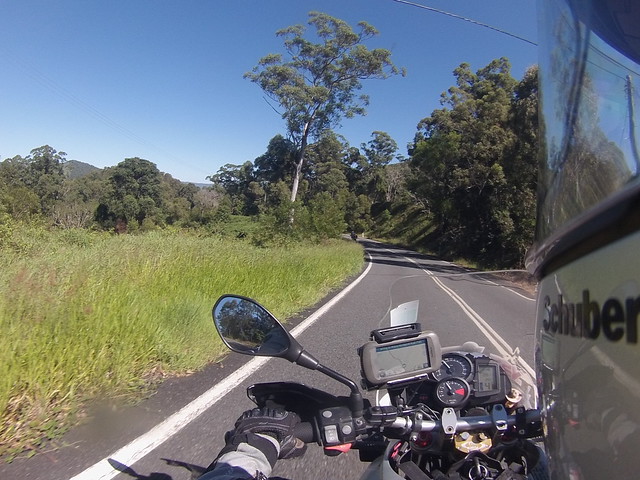 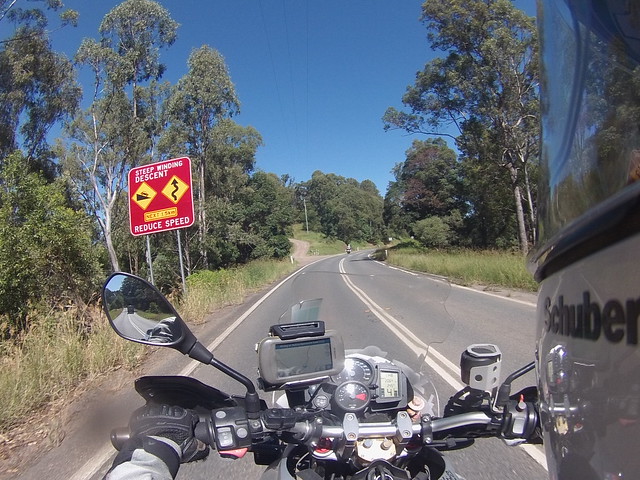 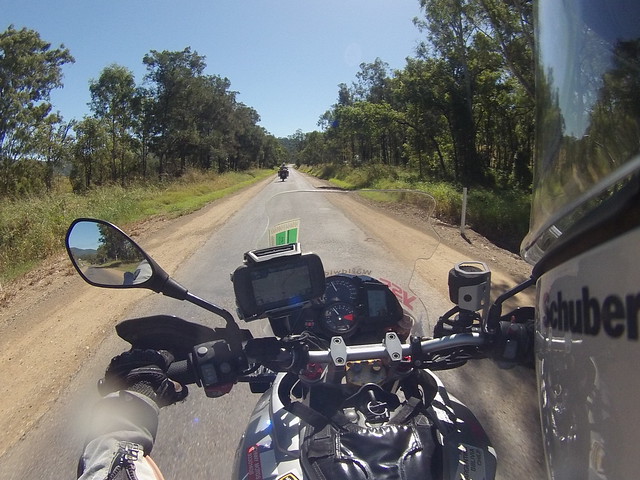 We wove our way north west thru small towns to arrive to Munddubera just after 4. It was 34 degrees most of the day and we were happy for sunset  when it cooled off considerably. We walked into town and had a pretty good meal at the bar of a local hotel. 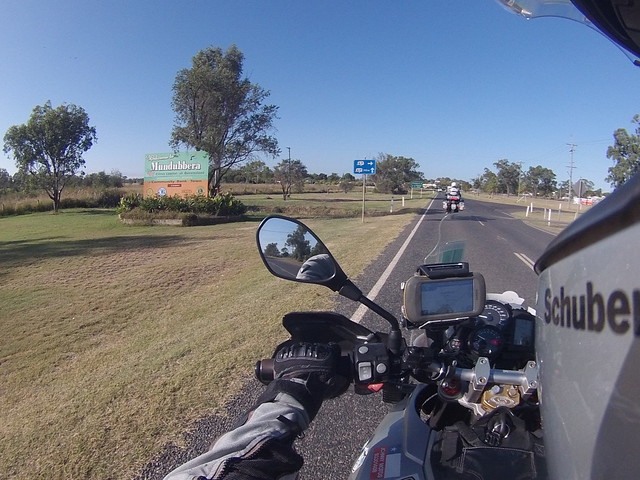 Today we may or may not make it 558 km to Emerald. 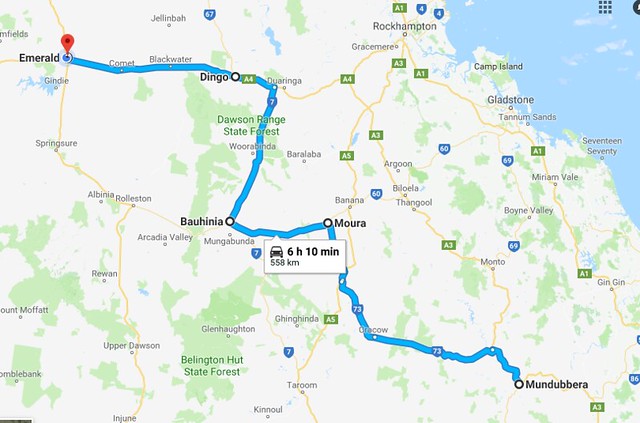 We gasses up before leaving town and then rode north to Banana on the A3 or Country Tourist route. 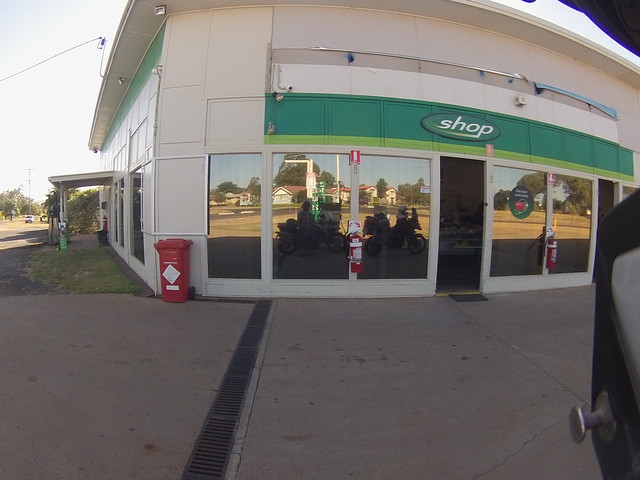 The riding is mostly thru farmland, but there are some treed areas and hills. West from Moura we continued on the 60 and more west thru flatter and flatter landscape and on very straight roads. 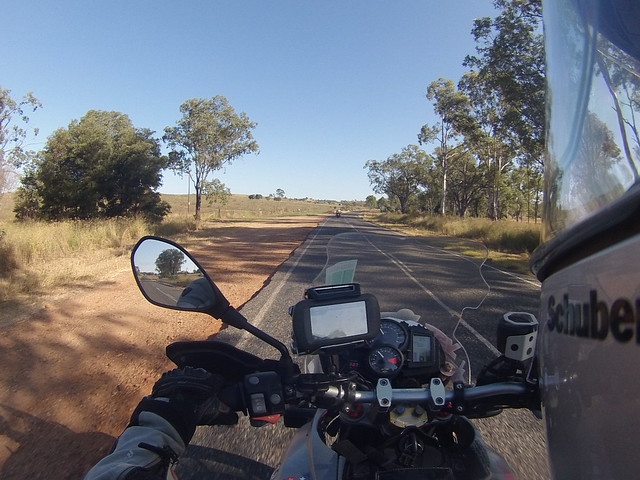 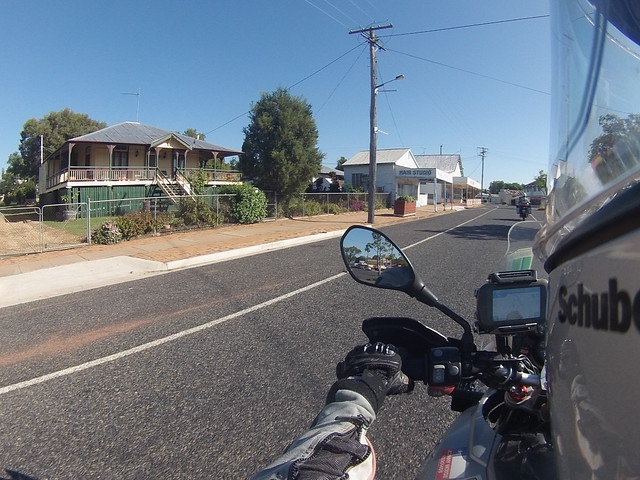 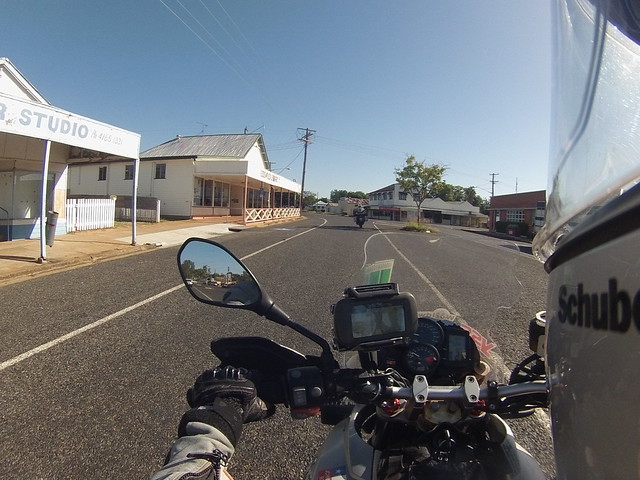 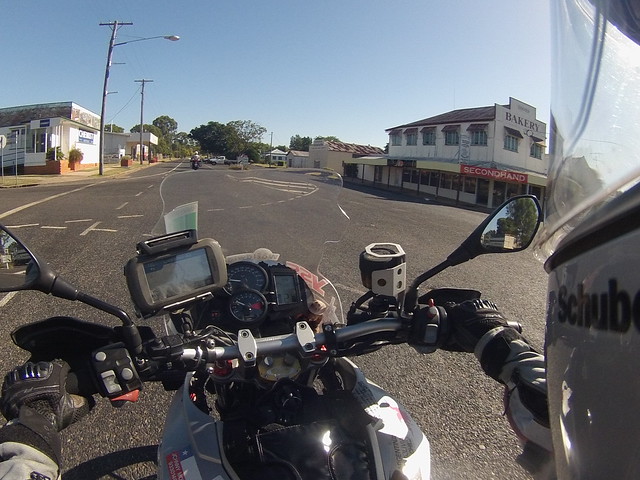 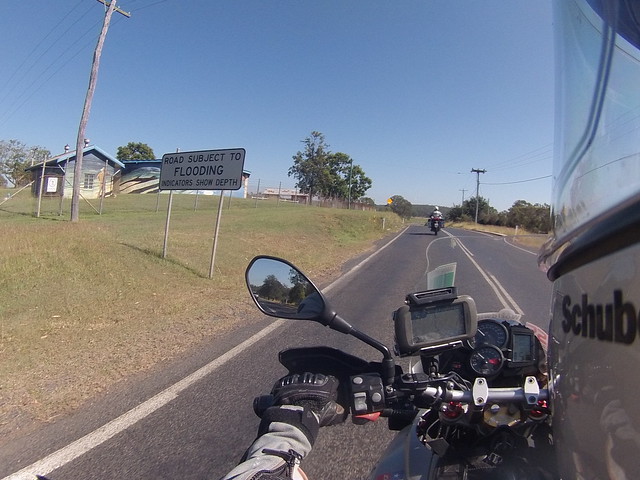 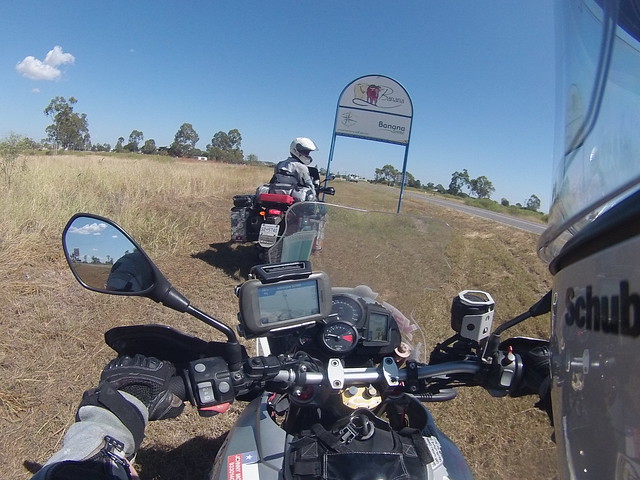 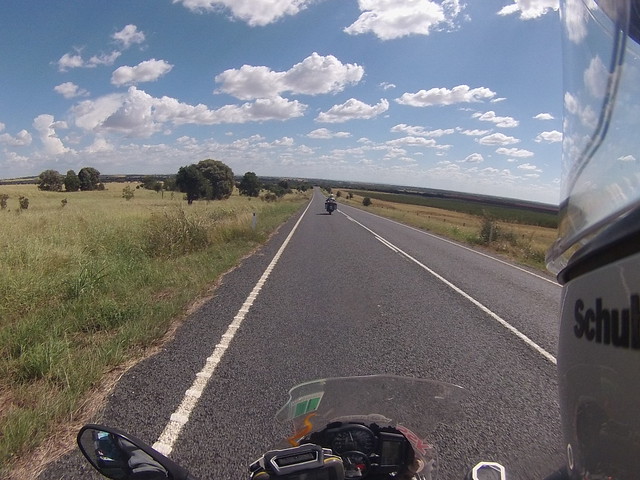 At Bauhinia we decided to try out the 110  km cross road. The first 20 km is a single lane of sealed road, the next 30 are good dirt, and the rest is a newly sealed road. 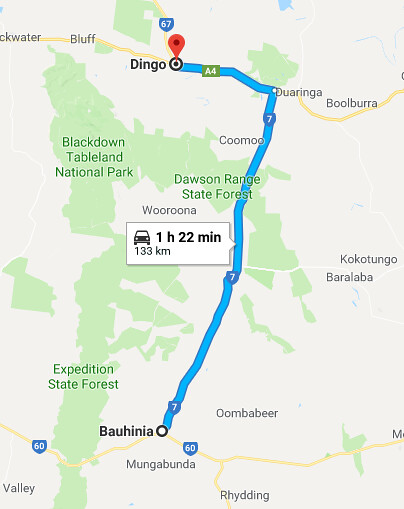 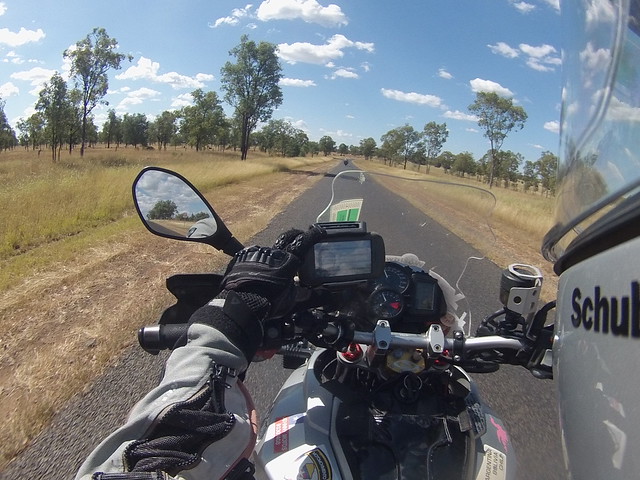 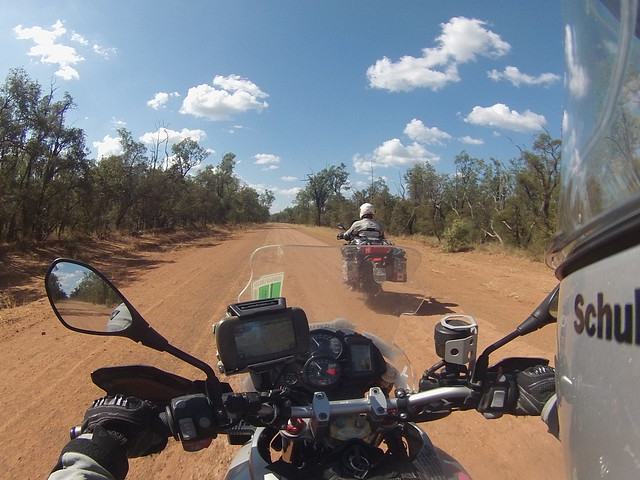 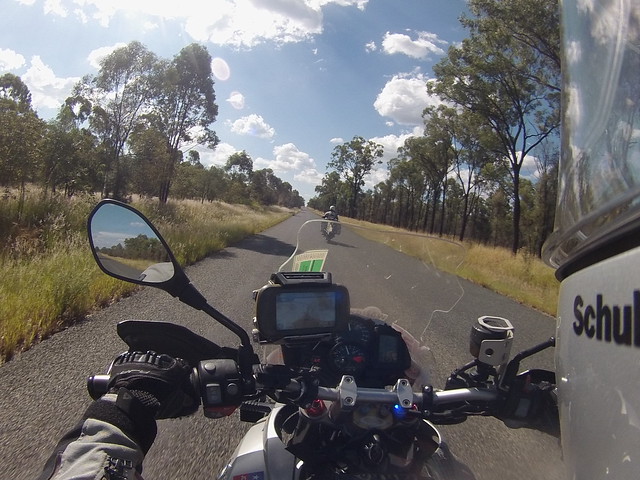 Just about half way Daniel noted his voltage meter was reading low at 12.5. When we got back to the main road (the Capricorn Highway) and onto Dingo for gas. The voltage was holding and we hoped to get the 150 km to Emerald to swap out the stator, but 60 km later the voltage was dropping and luckily there was a very shaded rest stop right there. We changed out the regulator, but as usual no luck and we had to swap out the stator. This is our last spare as Sara’s was changed in Wellington. 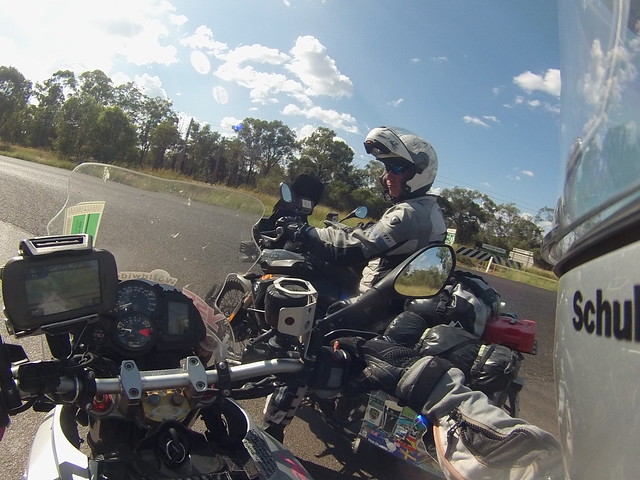 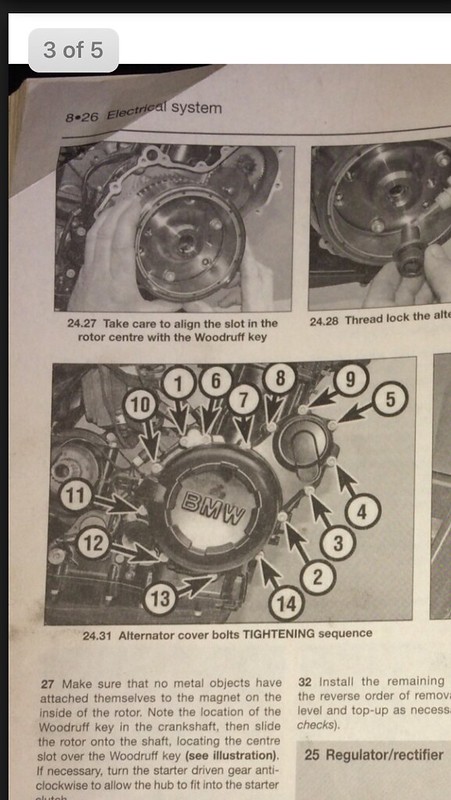 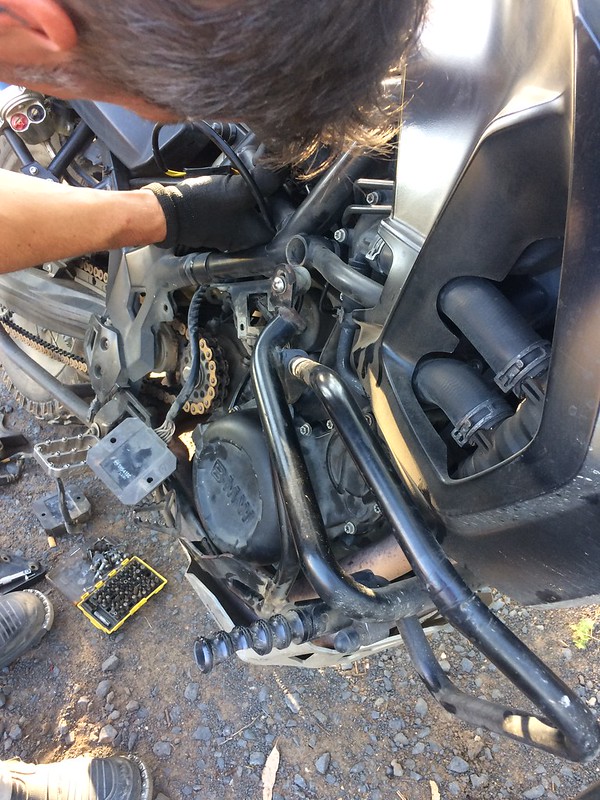 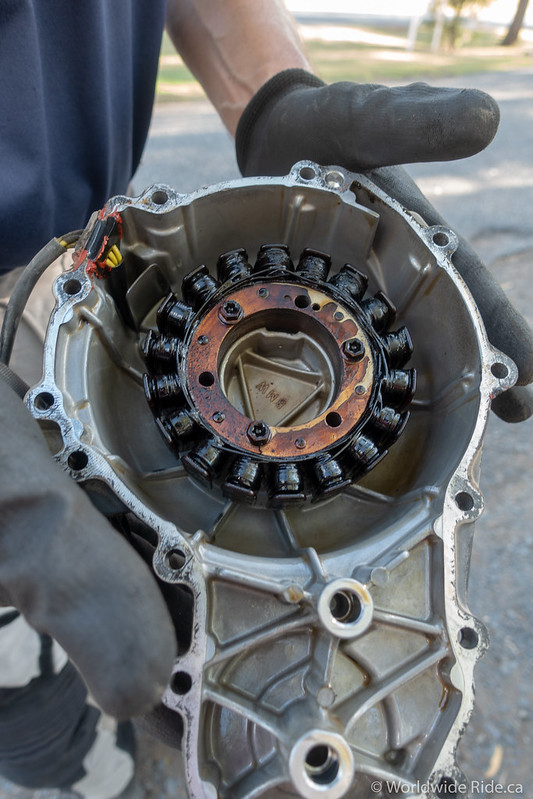 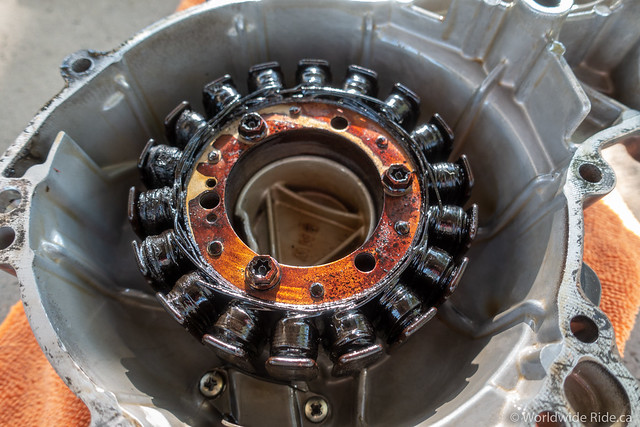 It was then 90 km to ride directly into the setting sun. We had a room at a pub and it came with a free beer! 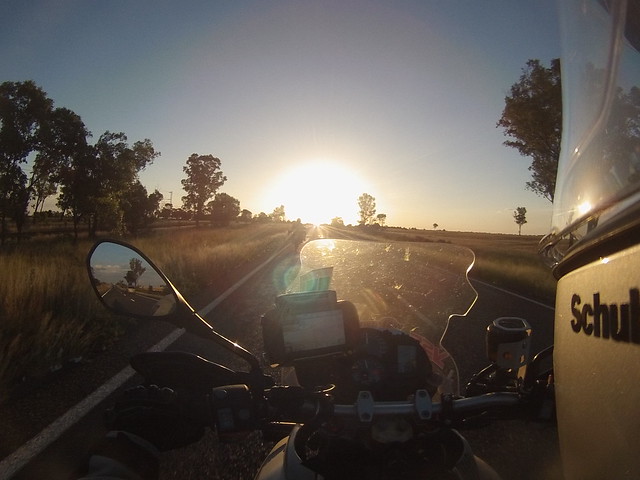 We have to decide which of 3 routes to take to Cairns from here the direct (960 km), the inland (1058 km), or the coastal (1119). In the end we went for coastal even though it is a bit longer since we have not seen the ocean for a while and because we will likely backtrack to Charters Towers (inland and direct routes via CT) on the way to Darwin. It is supposed to be a scenic historical town. 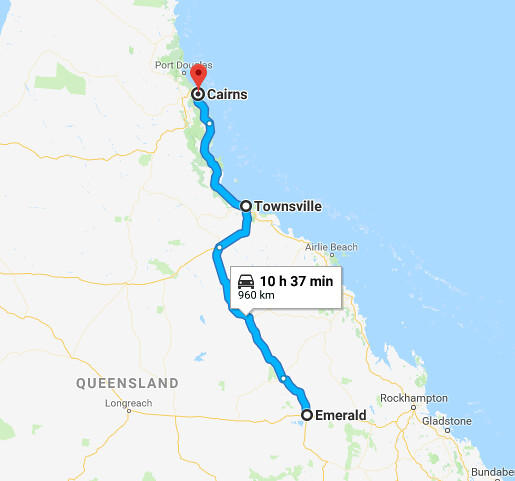 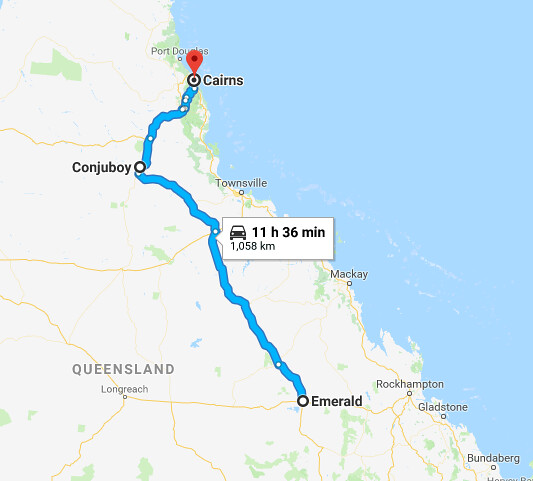 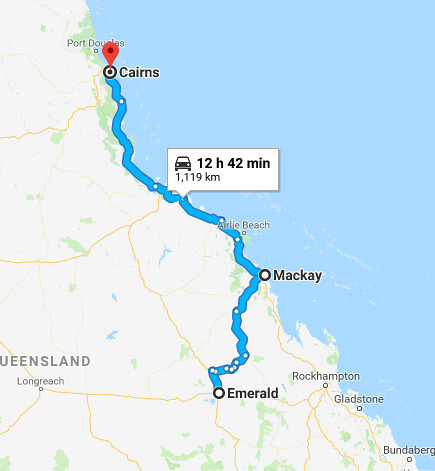 This entry was posted in Australia. Bookmark the permalink.

2 Responses to In Search of Bogans?