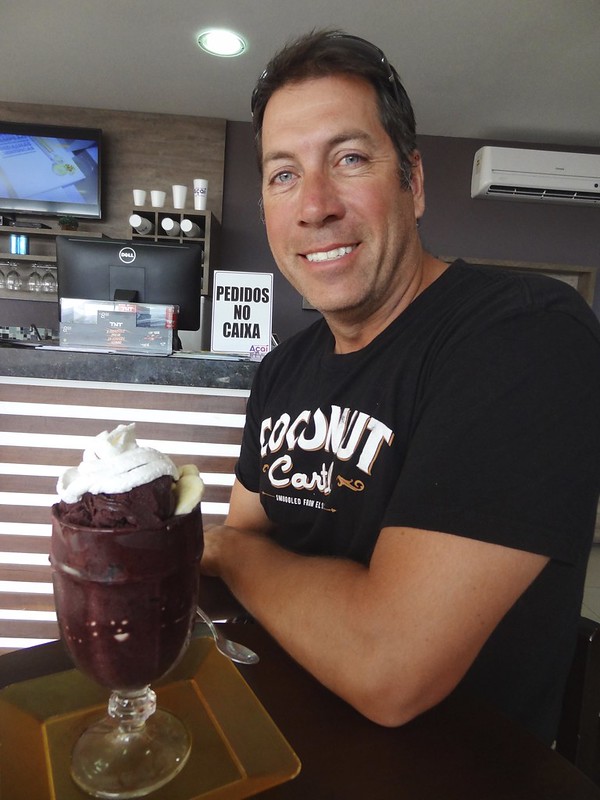 Well we finally have to leave our home at Paulo’s in Itacoatiara and head north. Our visa runs out February 16, and we have a lot of ground to cover. We have changed out plans and instead of driving the extra 3200 km from Salvador de Bahia to Fortaleza and then Brasilia, we will drive to Bahia and then Brasilia and fly from Brasilia to Fortaleza and Manaus. This allows us time for 13 days in Cumbuco the number one kite surf location in the world and 5 days to go to Manaus for an Amazon boat trip. 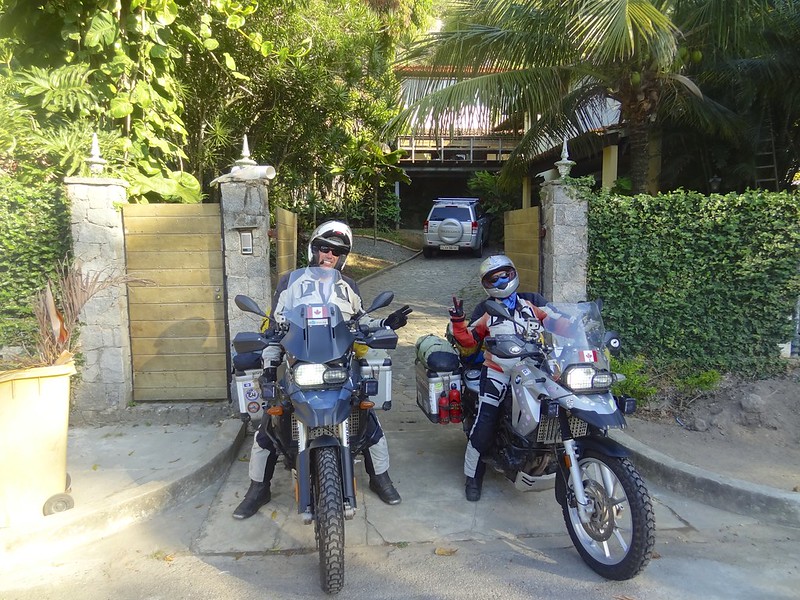 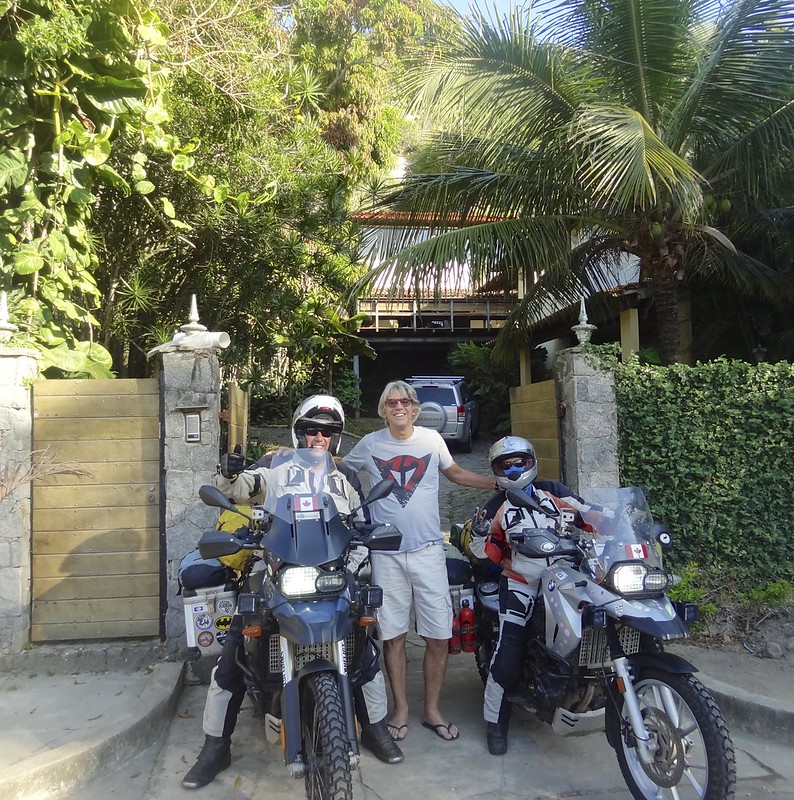 Step one is get the 1700 km to Salvador in 5 days. This is in 34 plus heat on 2 lane roads, with an amazing amount of truck traffic = slow going and long hot days. So glad we are flying some of the north now. We are making for Guarapari in 471 km. 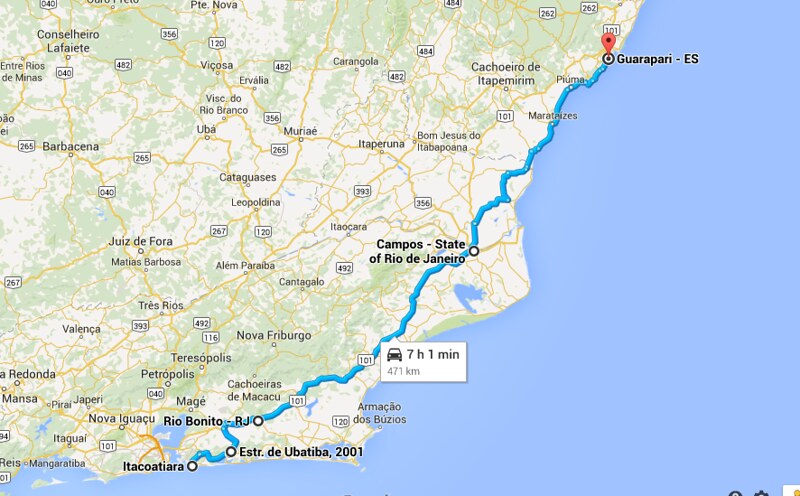 We left from Paulo’s house with instructions and the best route to take to avoid the city and the terrible traffic. Our ultimate goal was the highway 101, but we took the 106 and then cut up on the Ubatiba road at Marica. Driving along the 106 we were speeding a bit, but so was everyone else. These 2 Policemen on motos came up behind us and passed us. About a km later they suddenly flipped on their lights and signaled us to get over. The funny part was they almost clanged into each other and then into the car passing in the right lane while trying to do this. Long story short the reason they pulled us over was to ask where we were going and to tell us that this was not the 101! They thought we were lost. I assured them by showing them our route on the GPS to show that we were turning in 9 km to go to the 101 on the small local road with no traffic. 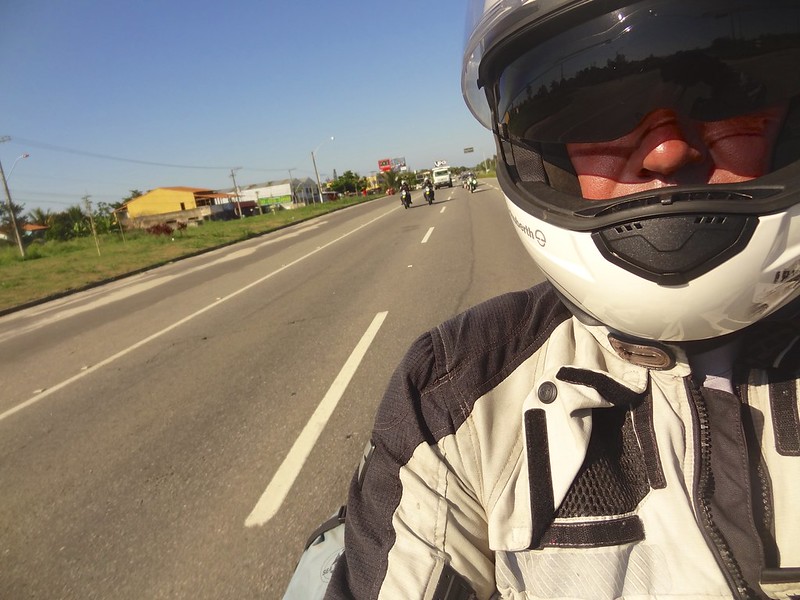 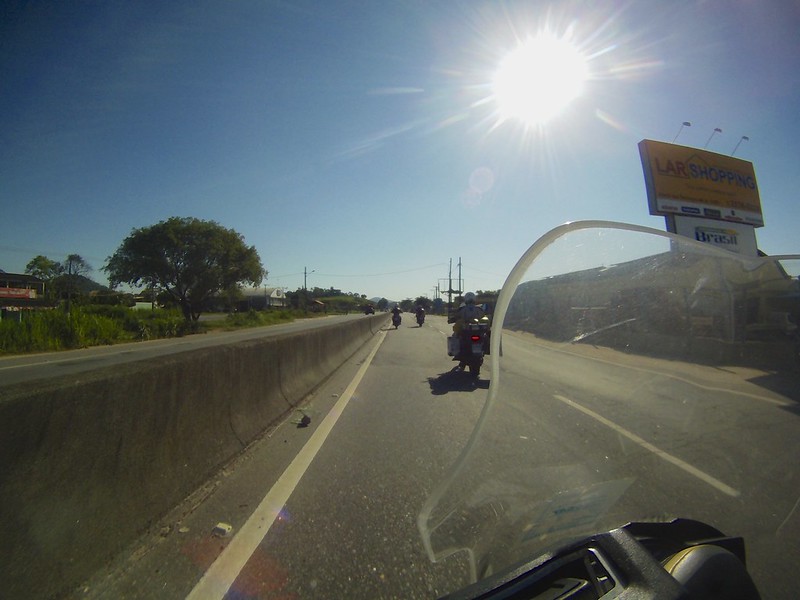 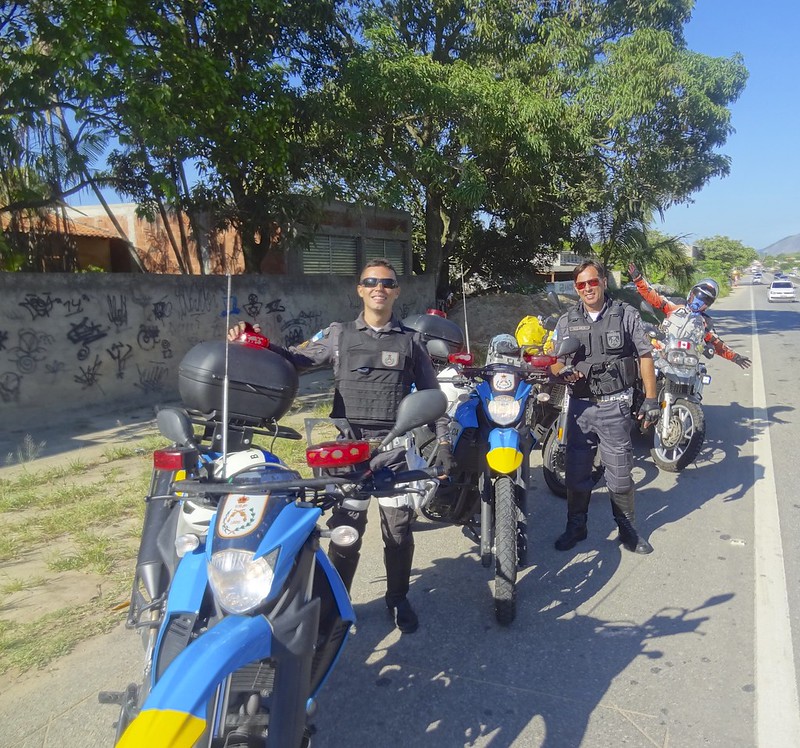 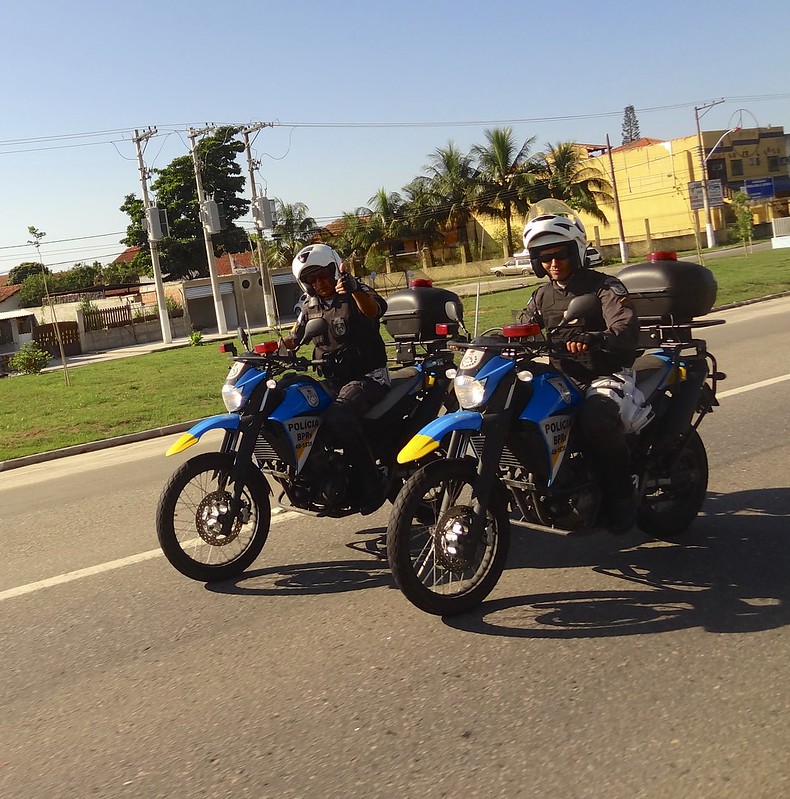 Taking some of the beach roads you find a few sections of dirt roads. 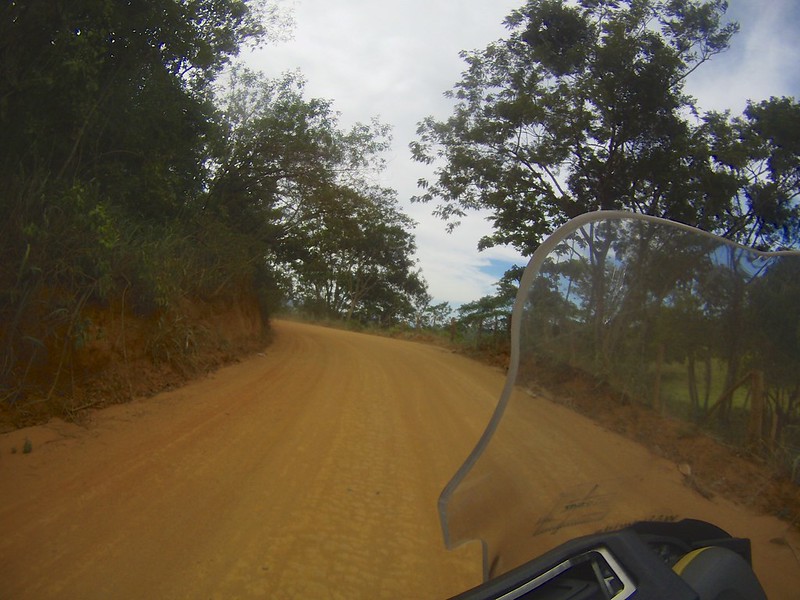 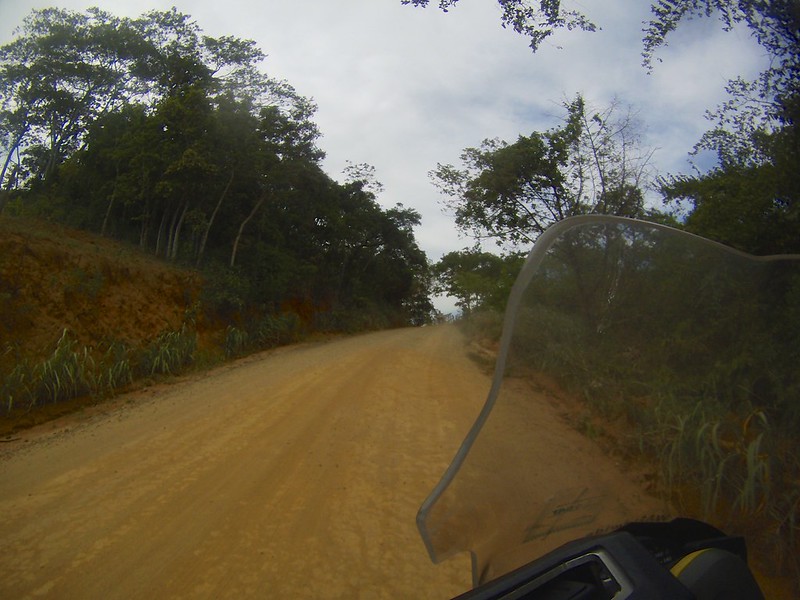 We met this guy with this awesome ride at the gas station of course. He was so excited to put our sticker on. 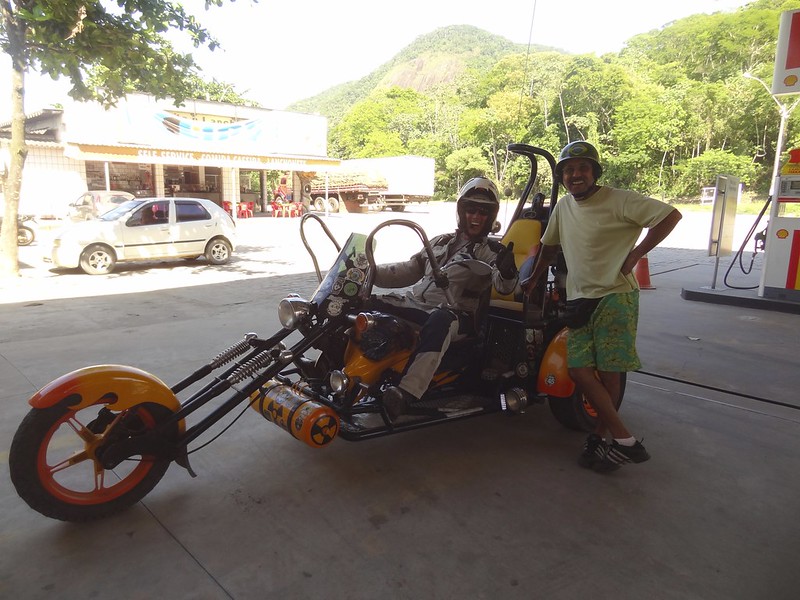 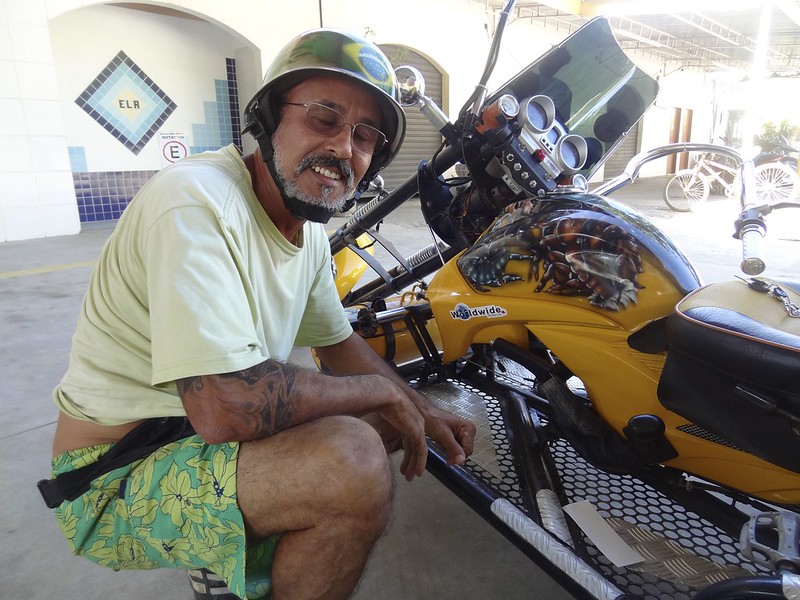 We left Paulo’s at 830 and arrived in Guarapari after 471 km at 530 hot and tired. The town is very nice and is on the ocean and our hotel was on the canal. 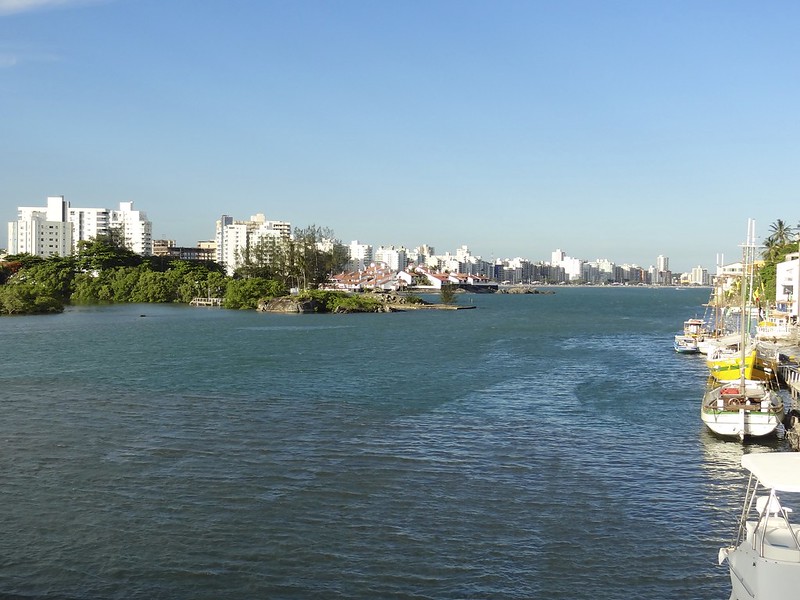 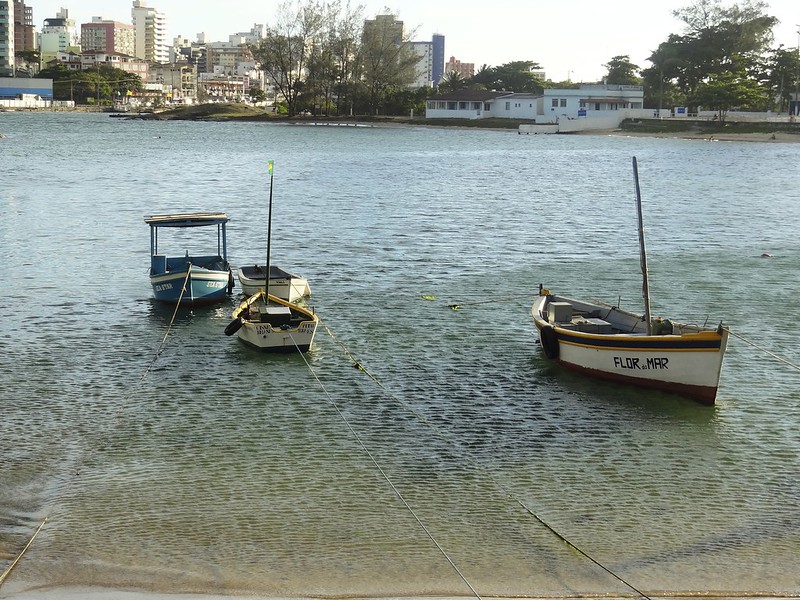 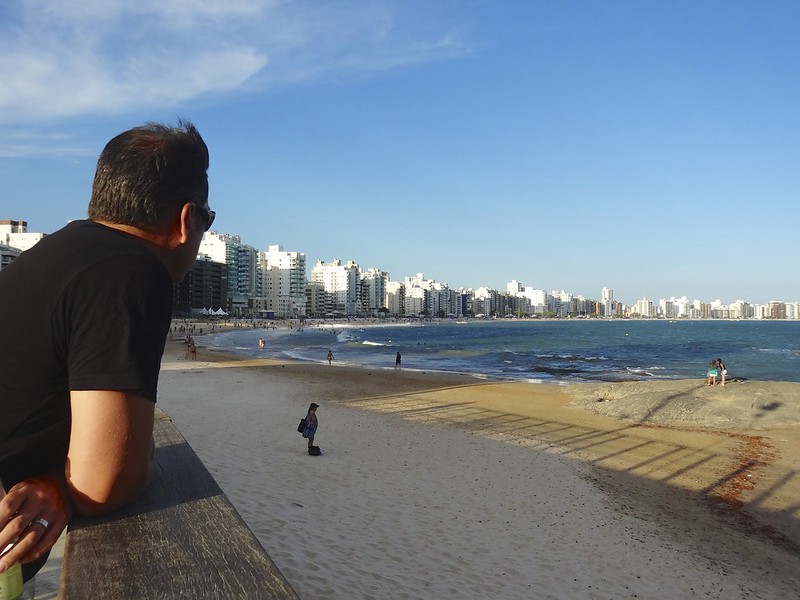 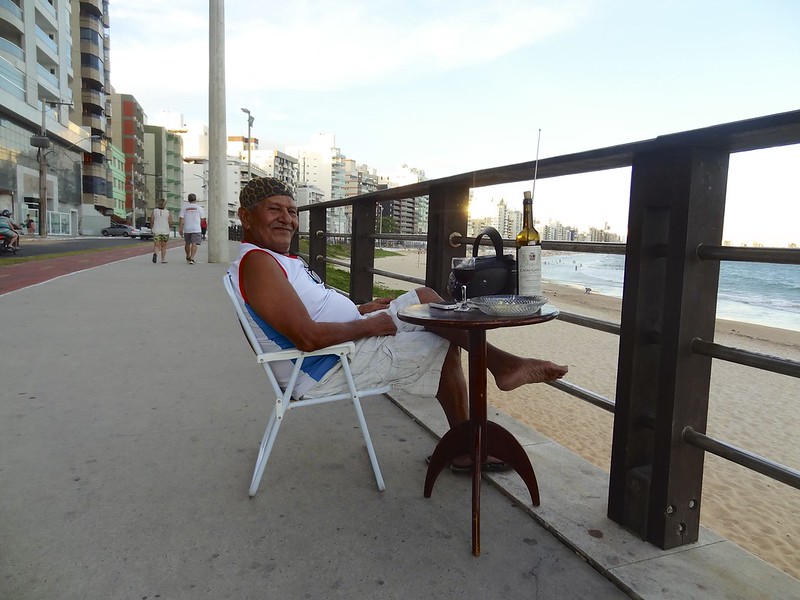 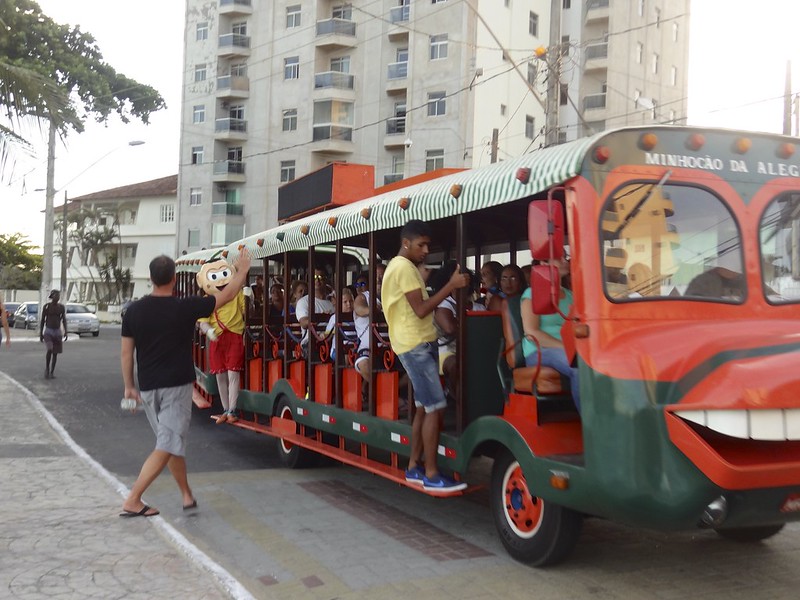 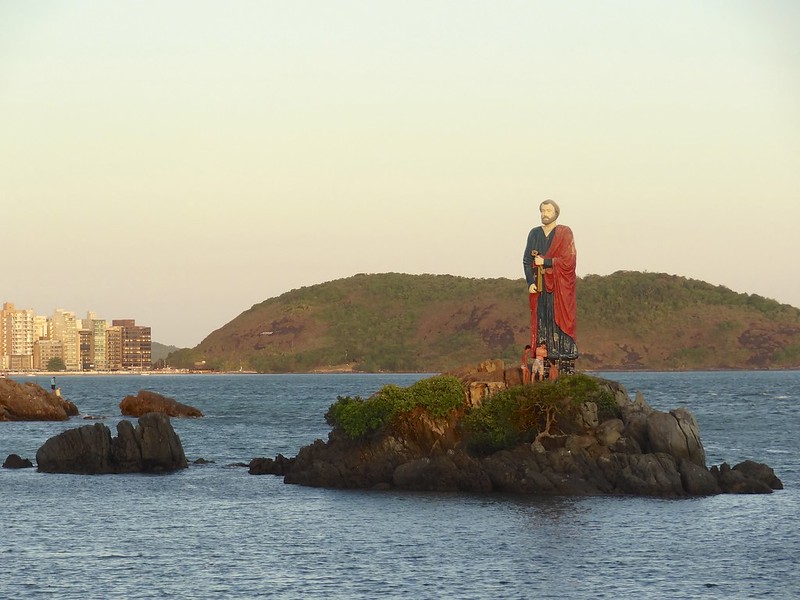 I love the signage in this country! 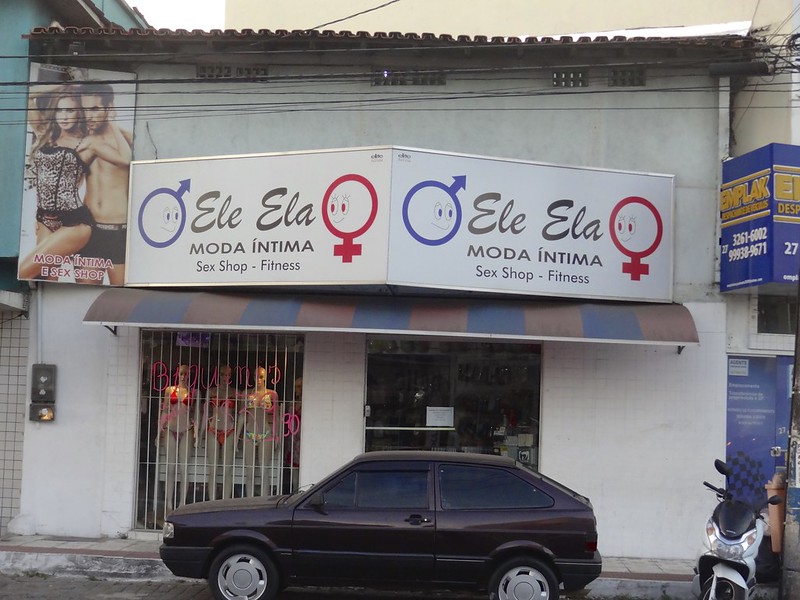 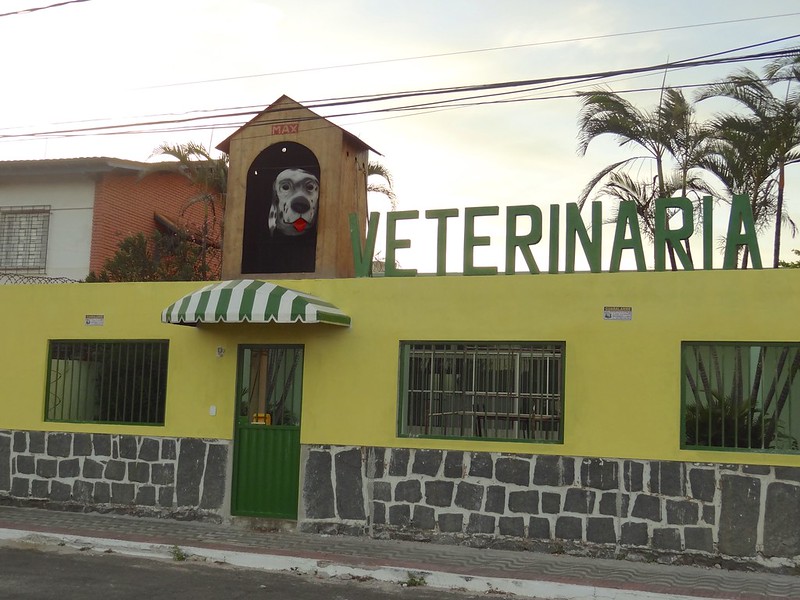 This may be Dan’s perfect location since there was V power fuel, a nice hotel with secure parking, a luncheonette, and Brazil Acai shop on the same corner.

Today is just about getting north as far as we can stand in the heat and with the amazing truck traffic. We aimed for Teixeira de Freitas in 418 km. We experienced the moto lane at the tollbooth, which actually seems slower and a pretty tight squeeze. There are so many moto clubs here in Brazil. When you get gas often the attendant will ask you for a sticker for their collection. We made good time and arrived in time to enjoy the pool at a Posada we found right on the 101. 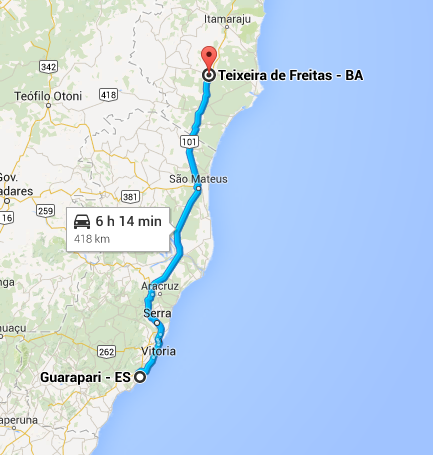 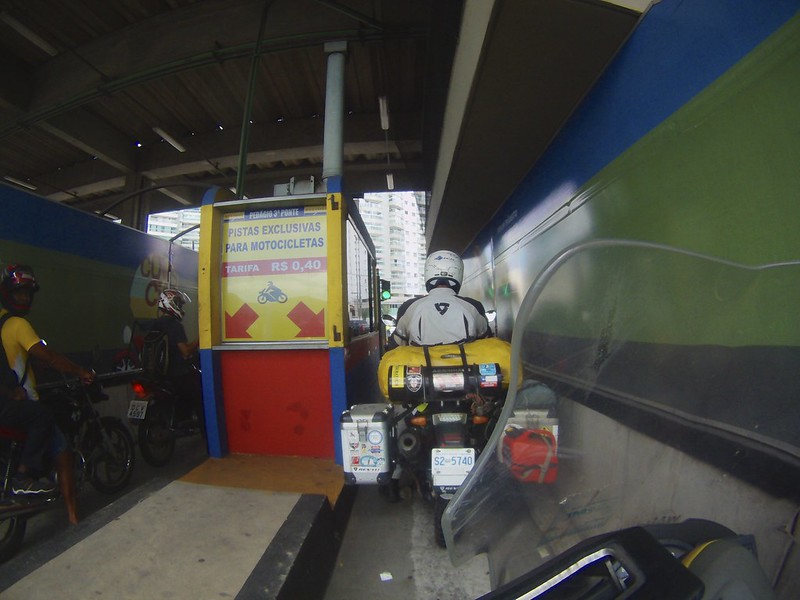 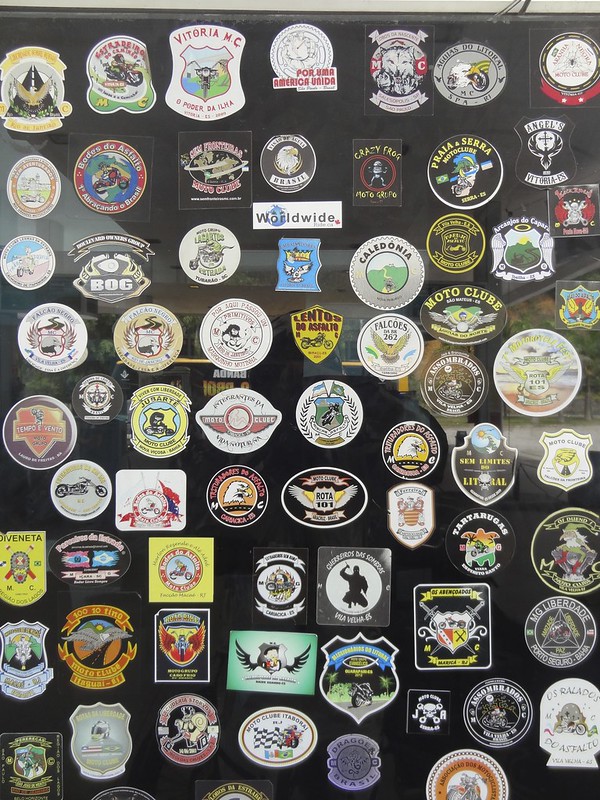 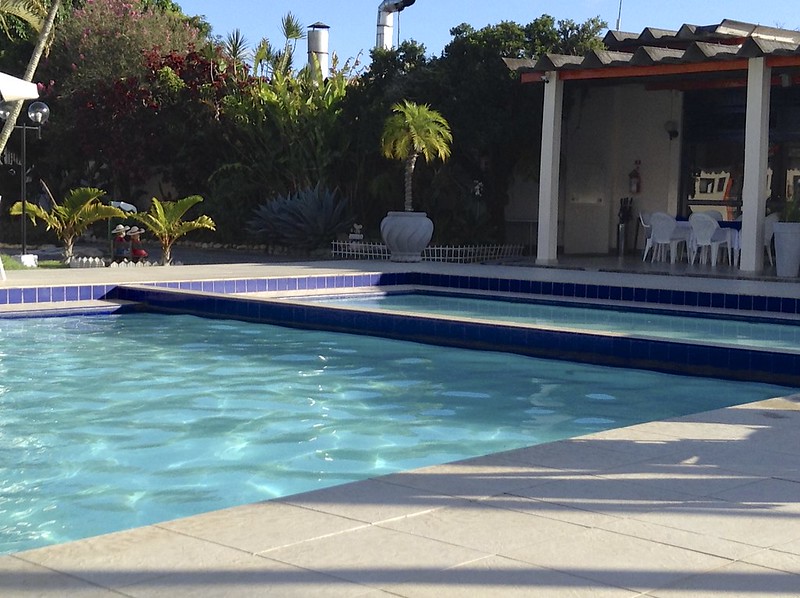 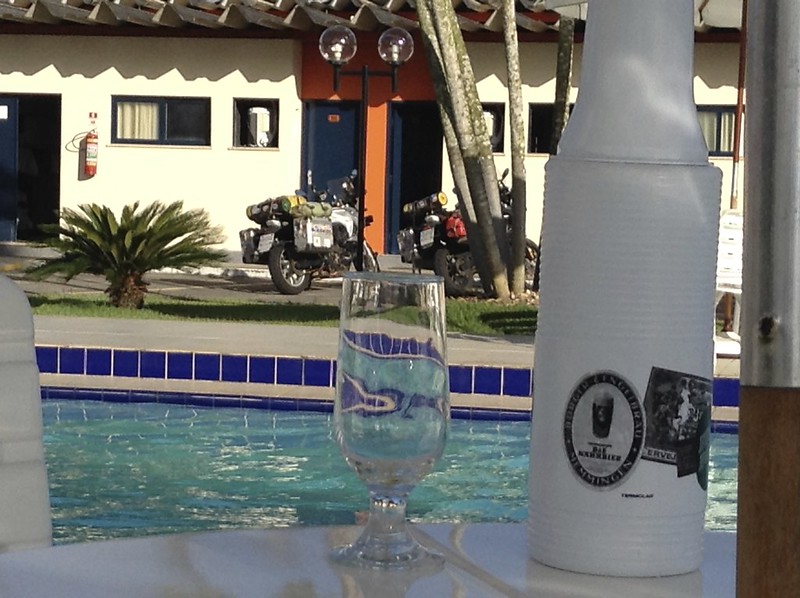 This entry was posted in Brazil. Bookmark the permalink.