Germany, Denmark, and to Sweden on a 3 day tour! 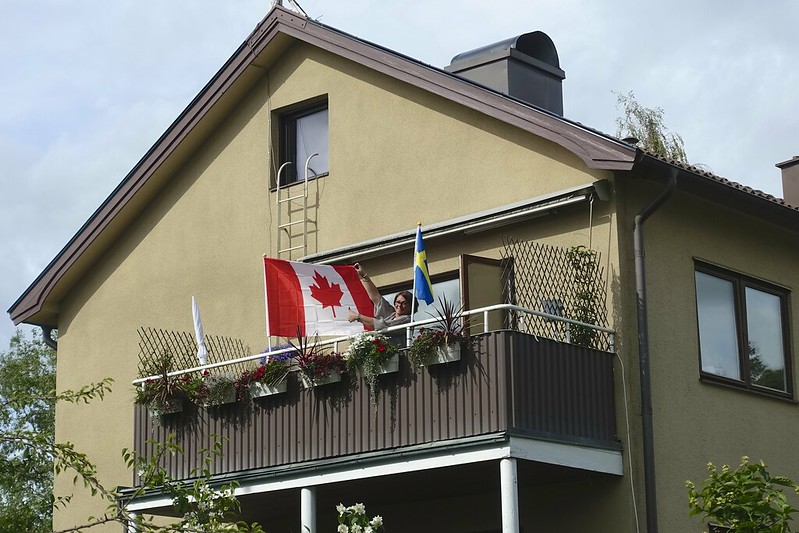 We had to arrive at the ferry at 10 for the 1130 pm sailing. The number of vehicles that got off the boat was incredible and included motos, cars, trucks, campers, and boats. Dana was the only other woman riding her own bike that I have seen on Iceland and the Faroes. Funny thing is she was in Ushuaia at the same time as us in January of 2014. 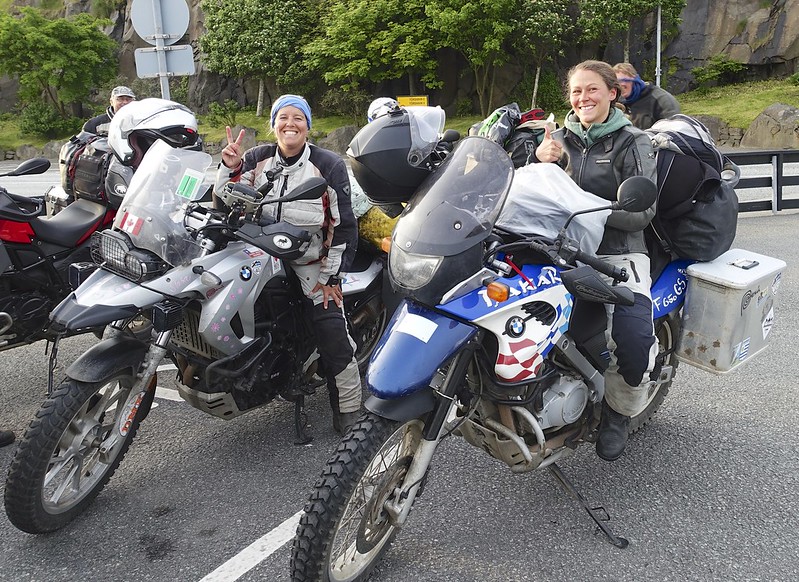 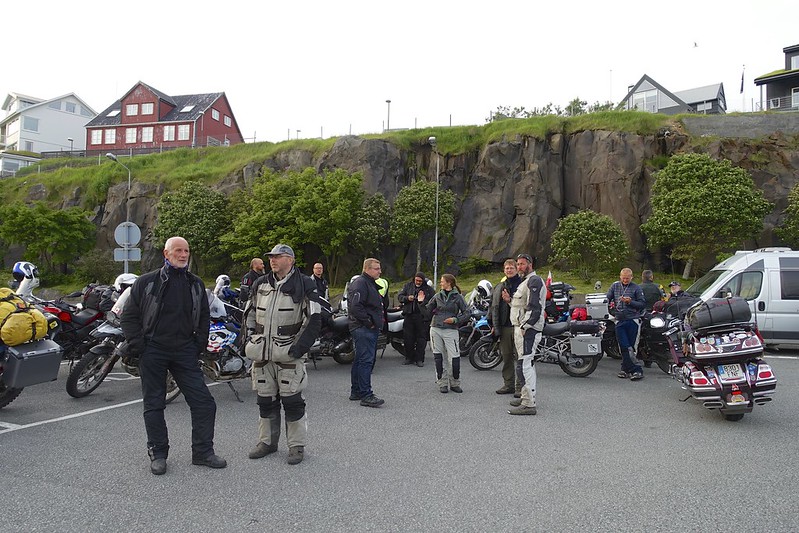 This international group of riders comes from Norway, Denmark, Germany, Poland, Greece, and the Canary Islands. 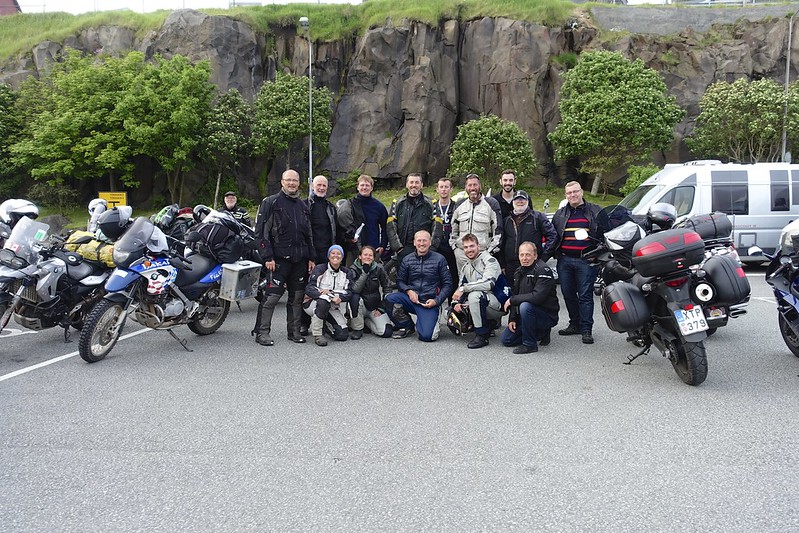 We loaded and stored the bikes. Meeting on the sky deck we had some Whiskey to share with our new friends. The 2 nights were both pretty calm and we arrived on time to Hirtshals at 930 am. Many of the riders were headed in the same direction so we all eventually met at a spot for lunch. Dieter came with us to Hamburg as we all wanted to go to Louis. After 3 years things are starting to wear out and needed replacing. 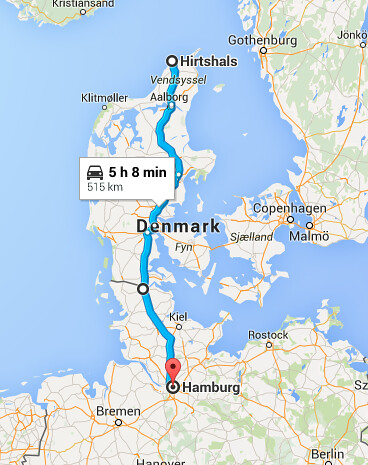 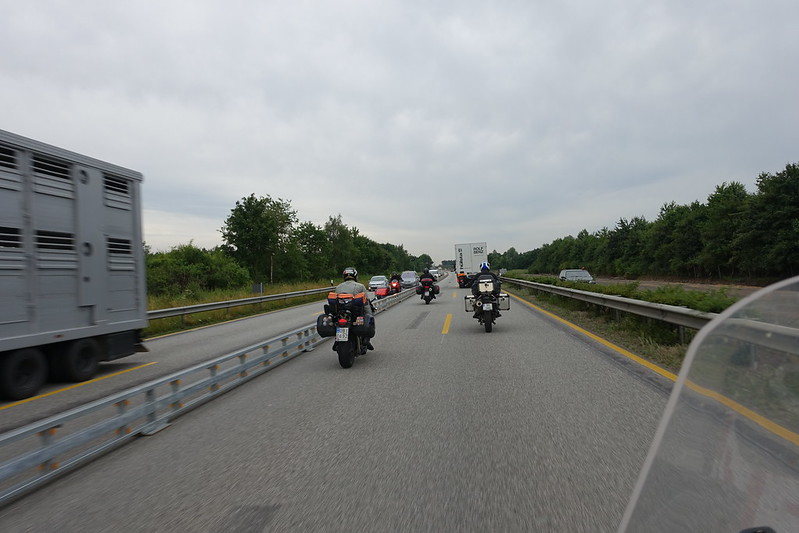 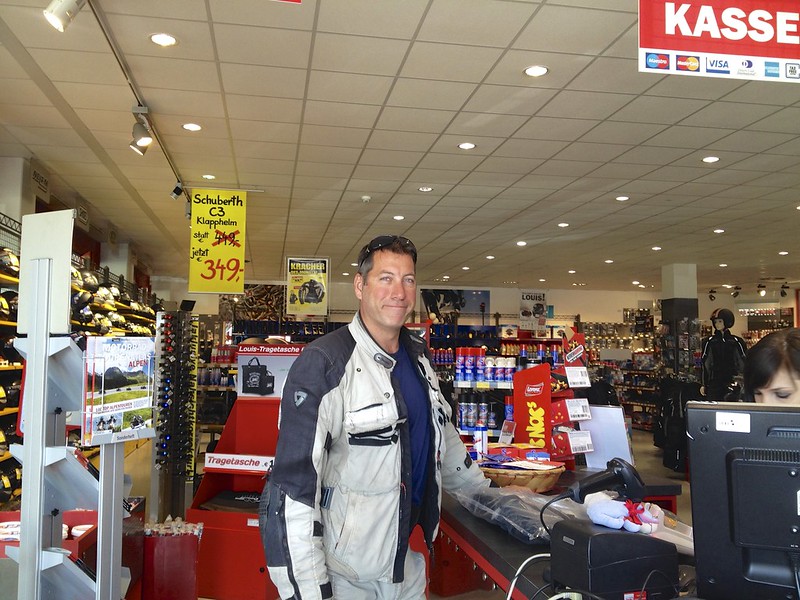 From here we made for Wolfgang’s home for the night. We had ordered Heidinau tires to the BMW in Hamburg. While the bikes were there they found that the rear disks were below spec and both were replaced along with the pads. The steering head bearings on the 650 were also toast again and they think they were way over torqued in Madrid when they were replaced there. OUCH! Leaving from there we also stopped at Globetrotter to get some camp items including some new waterproofing for the tent in preparation for Norwegian summer. 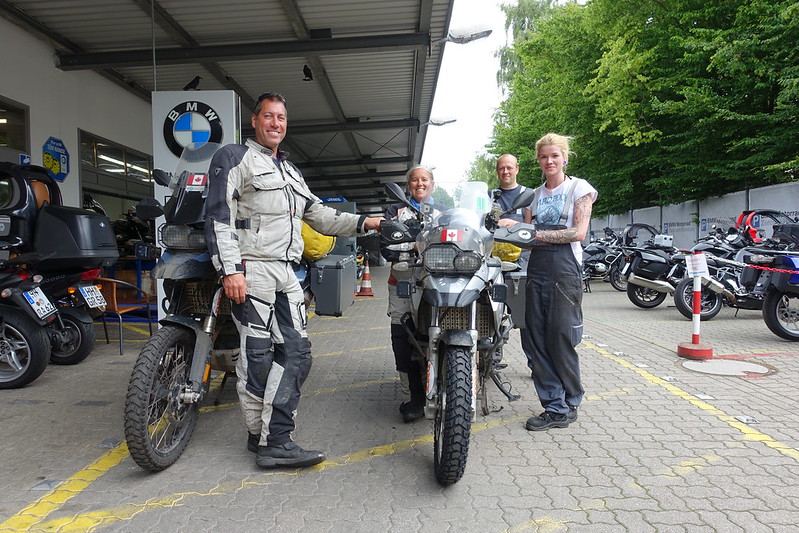 We rode north to Puttgarden and took the ferry to Denmark. Arriving at the dock there was a huge line that did not move for about 20 min and then did so slowly. That said once we had a ticket we loaded directly on the boat for the 40-minute crossing. It is a very windy bleak day as we drove north on the highway. There are no hotels along this route until you get to Copenhagen where we stayed for the night. 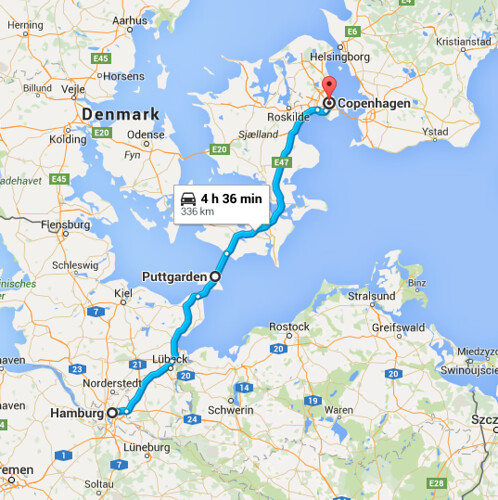 Now we are making for Trollhatten and the home of our great friends Orvar and Anne. We entered the 4 km subsea Drogden tunnel and then crossed the famous 8 km Oresund Bridge that joins Denmark to Sweden. The toll is a whopping 24 Euros per bike, but the only other option is to drive further north to Helsingborg and take the ferry for 18 Euros. 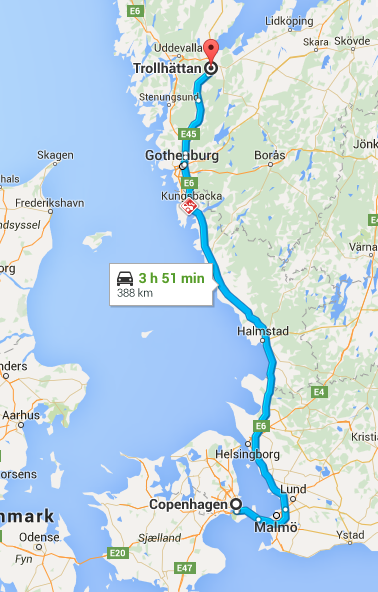 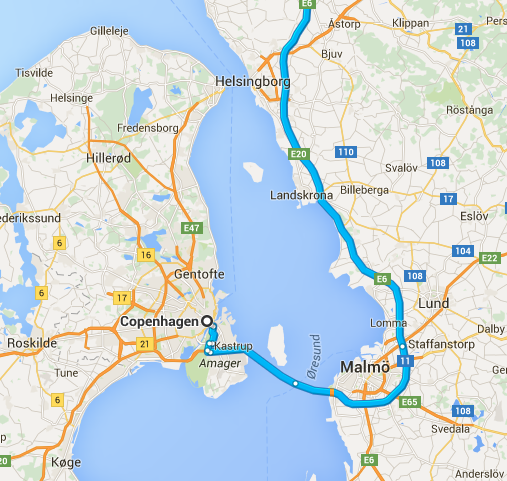 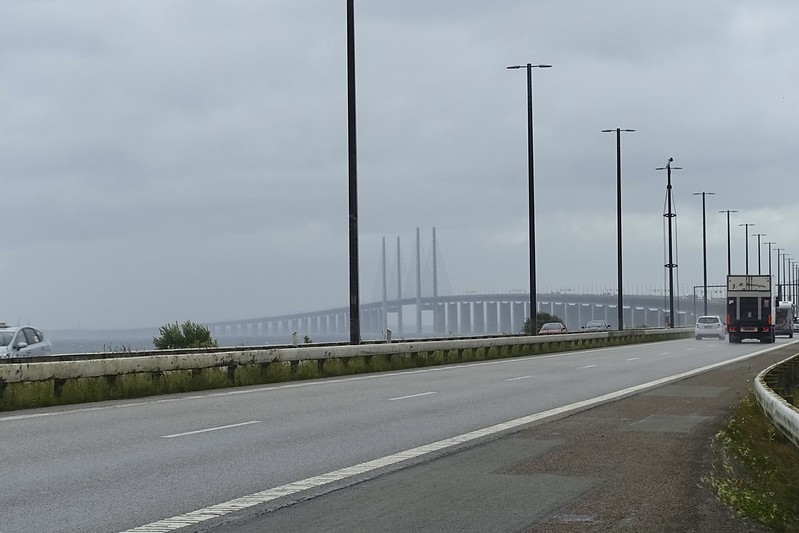 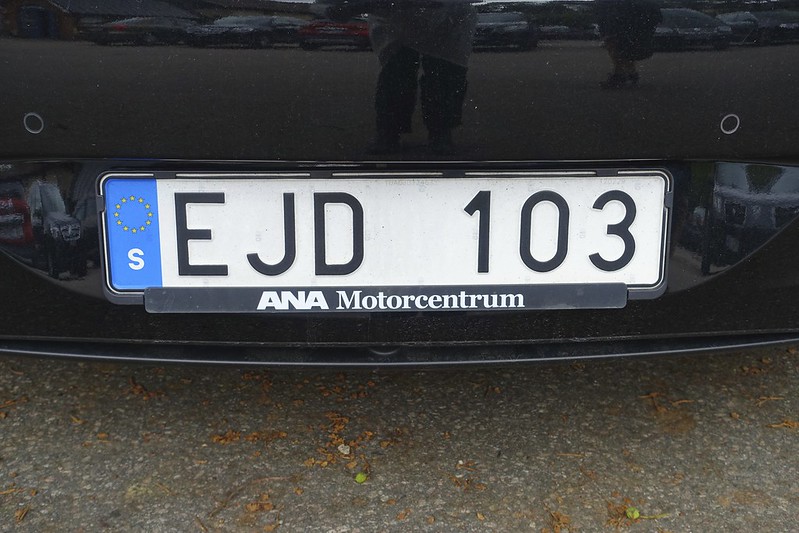 Orvar rode out to meet us and welcome us to the kingdom of Sweden. We had worn our team shirts and so had he! 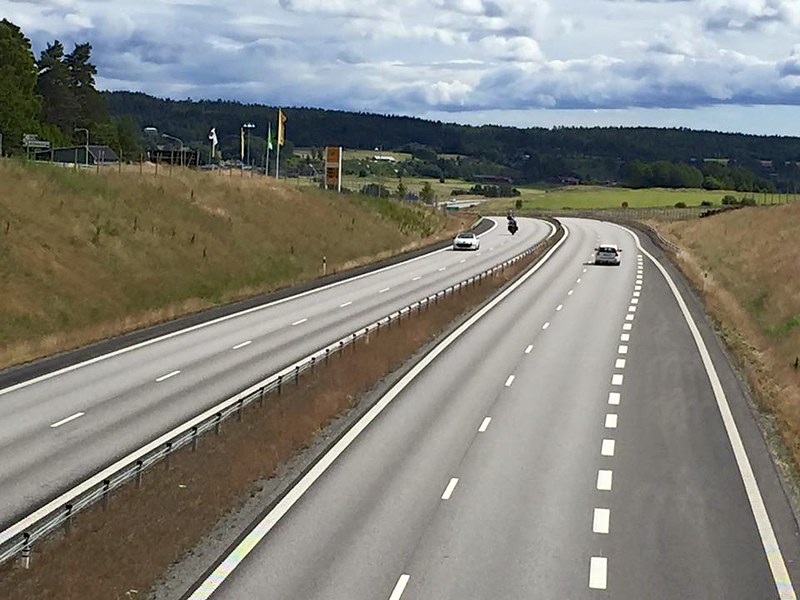 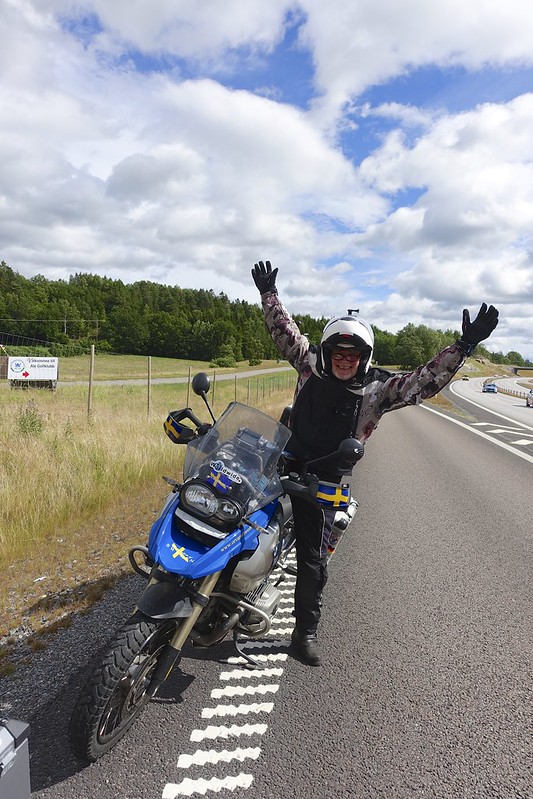 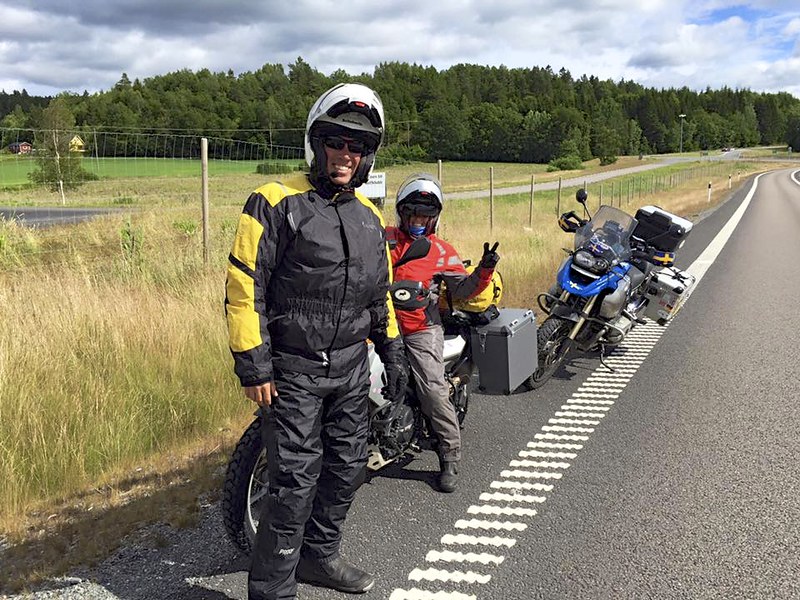 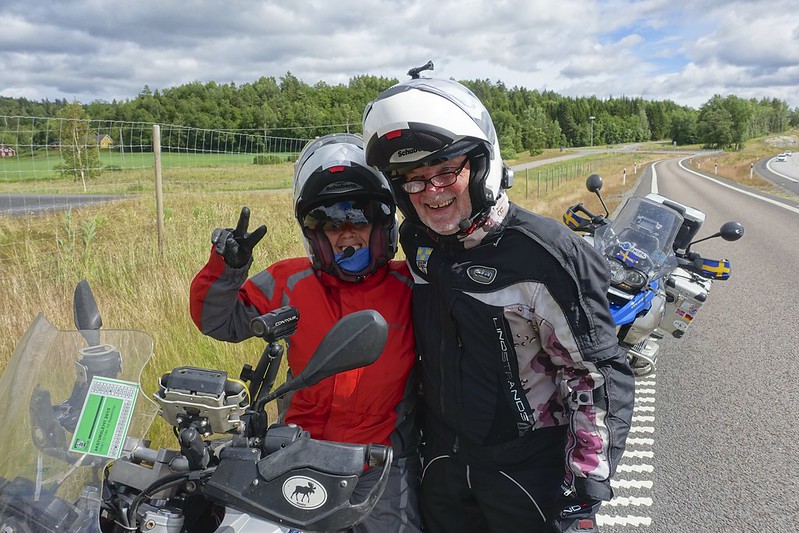 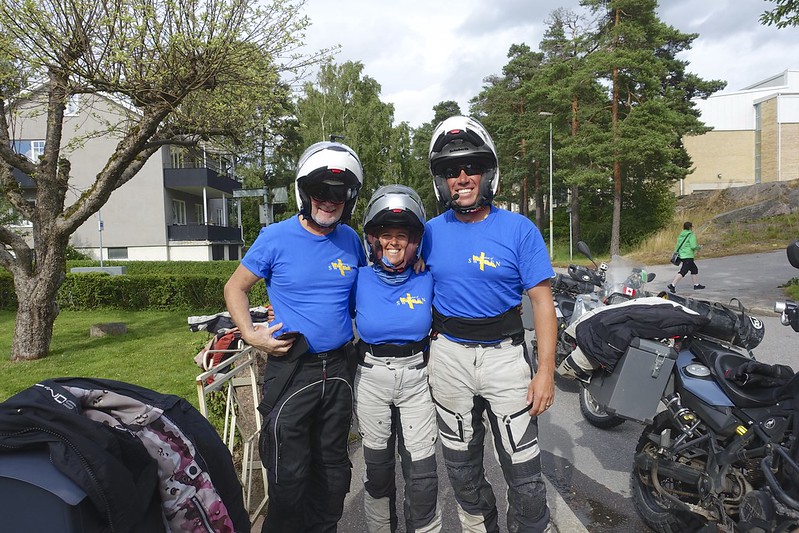 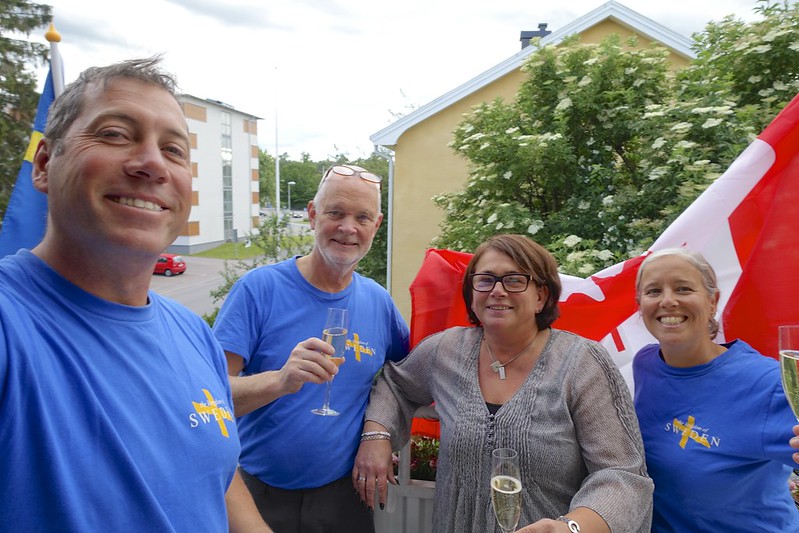 This entry was posted in Denmark, Germany, Sweden. Bookmark the permalink.